Where is Mrs. Zeinab’s grave?

What is Mansoura famous for?

Top 5 countries in medical tourism around the world

Tips before traveling to Barcelona

Spain is one of the most important tourist destinations in Europe, which has a rich history and a diverse and distinctive cultural mix, which clearly left its mark on Spain’s cities, buildings, monuments and works of its artists.
And with ingredients like that, we are not surprised a lot if Spain hotels are the best and most beautiful in Europe. During the article, we offer you a comprehensive guide on the advantages and disadvantages of the most famous hotels in Spain, as well as the prices of hotels in Spain in general, according to the evaluation of their visitors, to choose from what you like. 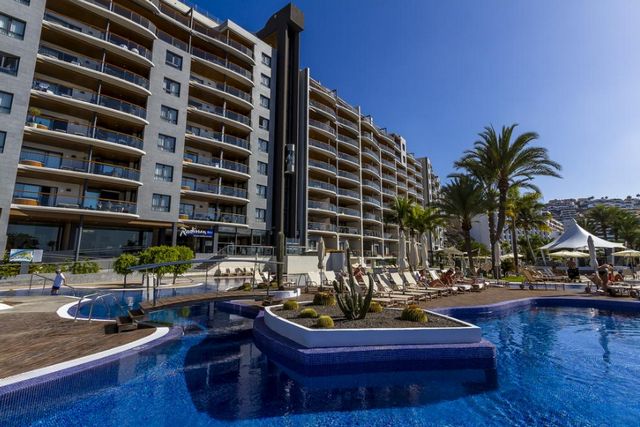 The best of Madrid hotels

Madrid is the main city in Spain because it is the capital and the most important and largest tourist attractions in the Kingdom because of its distinctive mountainous nature, luxurious palaces and modern and giant skyscrapers, and famous clubs and sports fields.
If you are looking for a varied tourist meal that combines classic and modernity with the enchanting beauty of nature, or you are a fan of watching live matches in Madrid, we offer you a comprehensive guide on the best hotels in Spain in Madrid, according to visitor ratings to stay during your vacation .. Read more

Read:6 best activities to do in Marbella Beach, Spain 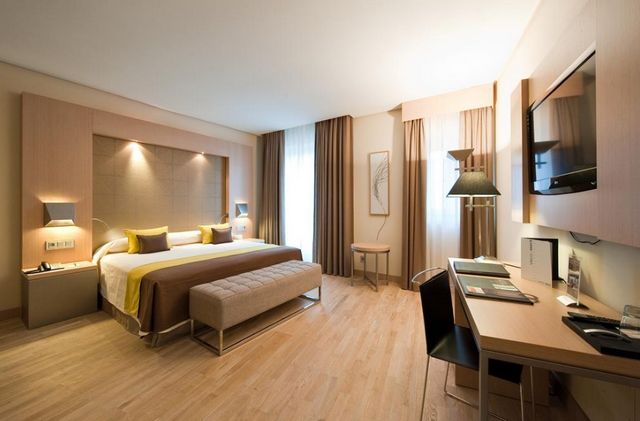 Barcelona is one of the most important cities and tourist attractions located on the Mediterranean coast in the northeast of Iberia, between the mouths of two rivers, and tourism in Barcelona is characterized by diversity between natural features of rivers, mountains and picturesque beaches, with ancient churches, museums and recreational parks.
If you are looking for a pleasant vacation with your family and children in Barcelona and are looking for a comfortable and upscale hotel that fits your budget, then we offer you through the link a guide to the most important and best hotels in Spain in Barcelona according to the assessments of its previous visitors .. read more 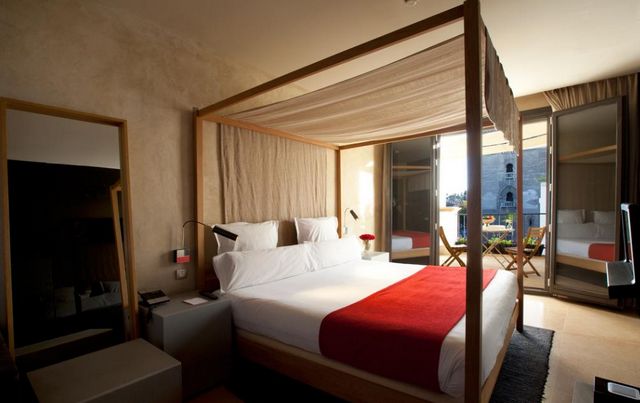 The best hotels in Canary Islands

The Canary Islands is one of the most important autonomous regions located on the coast of the Spanish Atlantic Ocean, and it forms an archipelago of 4 major islands and dozens of smaller islands.
If you are looking for a vacation that gives you peace, relaxation and relaxation, you need to stay in one of the finest beach hotels in the Canary Islands, the best of which can be identified in terms of services and prices according to previous visitor reviews .. Read more

Read:Tourism in Seville .. Find out the most famous tourist places in the most beautiful Spanish cities. 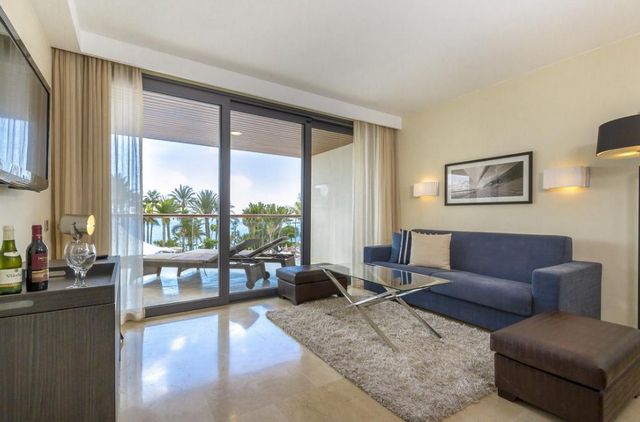 Seville is one of the most important ancient Spanish cities dating back to the era of the Islamic Caliphate in Andalusia. Seville is located on the banks of the Great Valley River in southern Spain and is famous for its walls and ancient Islamic-style buildings.
For amateurs visiting archaeological sites and students of different arts and the integration of civilizations, and as a contribution to us to extinguish more pleasure on their trip, we offer this guide to the most important hotels in Spain in Seville according to the preferences of Arab visitors to these hotels .. Read more 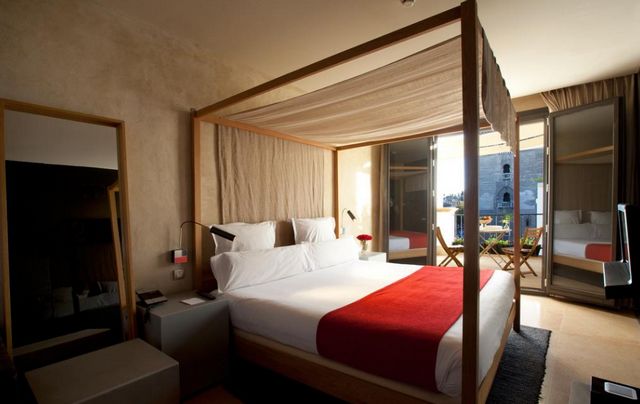 The best hotels of Granada

It is one of the most important ancient Andalusian cities adjacent to the Sierra Nevada mountains in southern Spain at the confluence of two rivers, and is characterized by its picturesque nature, neighborhoods, gardens and palaces belonging to the era of the Islamic caliphate in Andalusia.
So if you are looking for a residence with a distinctive view of the most important historical landmarks of Granada and its green surfaces for recreation, we offer you a list of the best hotels in Spain in terms of services, facilities and prices according to the reviews of its visitors .. Read more

Read:6 best activities to do in Marbella Beach, Spain 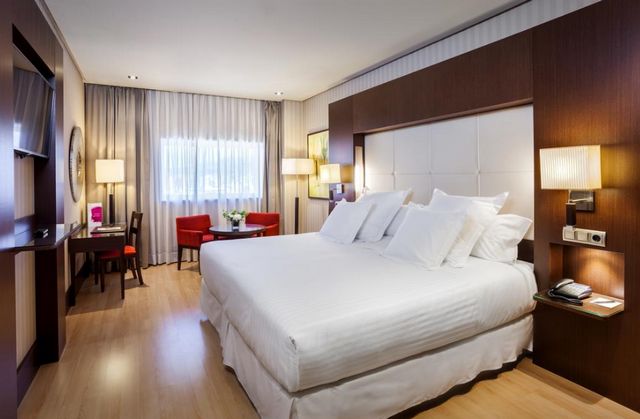 The best Spain hotels in Cordoba

Cordoba is one of the most important Islamic cities of Andalusia located near Seville on the banks of the Grand Valley, and it is distinguished by its ancient buildings that were built over several civilizations to reflect its culture and art.
If you are interested in the history of ancient civilizations and are looking for a place with a different fingerprint, we offer you a list of the most beautiful hotels in Spain bearing the frills of the ancient history of Cordoba through this link .. Read more 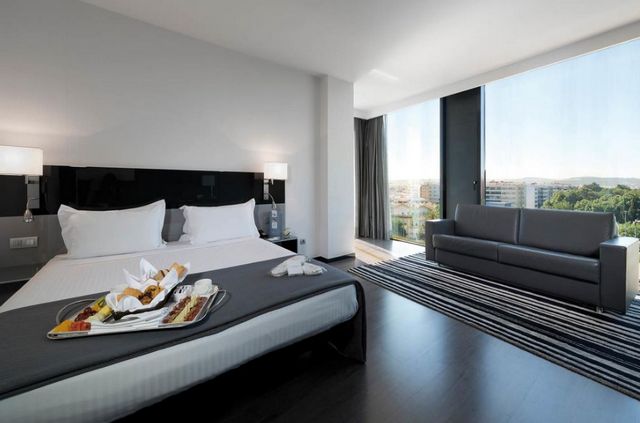 The best hotels in Valencia

Valencia is one of the largest and oldest cities in the eastern coast of the Mediterranean Sea in Spain, as it dates back to the era of the Romens before it became an Islamic Emirate of Andalusia, which gives the streets, neighborhoods and buildings of the city the archaeological character of the two civilizations.
Also, the city of Valencia is distinguished by its inclusion of Science City and the most important world heritage sites in Spain, which makes accommodation in it one of the best decisions of the trip. 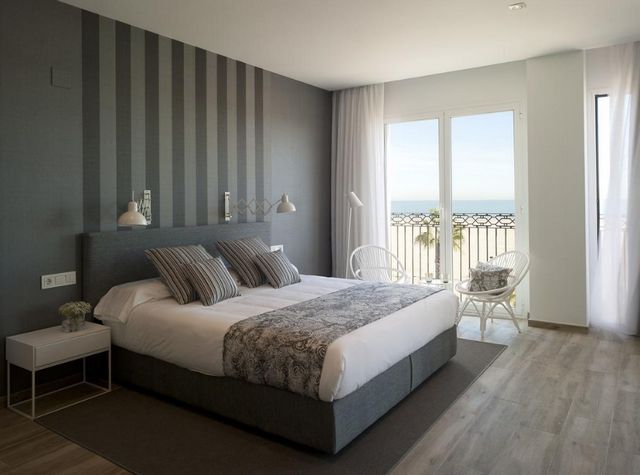 Majorca is one of the Balearic archipelago islands and the largest Spanish islands on the Mediterranean coast, making it characterized by a picturesque beach nature with fertile valleys and the best markets for fabric trade in Europe.
If you are seeking a quiet vacation full of vitality, recreation, and buying authentic Spanish silk fabric, you definitely need to stay in a high-end hotel in Mallorca Spain, which visitors have preferred for the quality of its facilities, services and price offers, which you can learn through the following link .. Read more 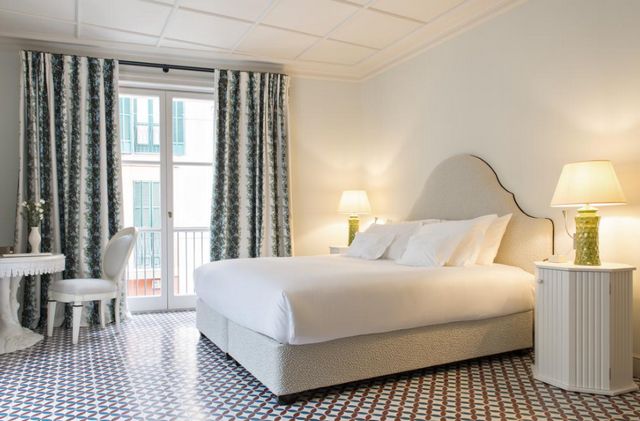 The best hotels in Melaka

Malacca is one of the most important and ancient Spanish coastal cities located on the coast of the Mediterranean thanks to its vital port and its attractions, such as beaches, museums, art galleries, palaces and other ancient buildings.
If you love plastic drawings and observe attractive architectural designs of different cultures, then you definitely need to stay in one of the best hotels in Spain in the heart of the city of Malacca, according to the preferences of visitors, which you can get to know now .. Read more

The city of Marbella is one of the coastal cities that follow the Spanish province of Malacca located in the south of the Kingdom and is characterized by being a tourist resort in itself, so it is natural that the city includes the best hotels in Spain, which we collected for you the best through the following guide .. Read more 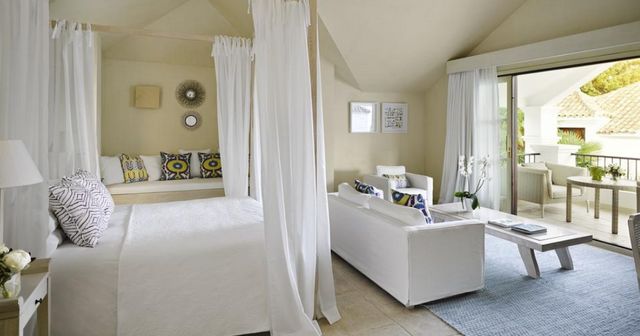 The 8 best recommended Barcelona hotels in 2022

The 4 best cafes in Istanbul on the Bosphorus

Tourist places in Egypt for families

The 6 best activities in Al-Hadban Park in Taif

The 3 best activities at the Stadtdalle Frankfurt Museum, Germany

Report on the C-Villa Zell am See Hotel Austria

The distance between Sharm El Sheikh and St. Catherine