The wilaya of Batna is one of the most important tourism cities in Algeria that attracts thousands of visitors to see its monuments, its ancient history and its picturesque mountainous forest nature.
The city of Batna is located in the northeast of Algeria, in the region of the Oras Mountains, and its origins date back to prehistoric times, but most of the human ruins included in the state are of Roman origin.
Today we tour together in a brief introductory journey through which we get to know the most important tourist attractions in Batna Algeria, to which this huge amount of tourists comes annually. 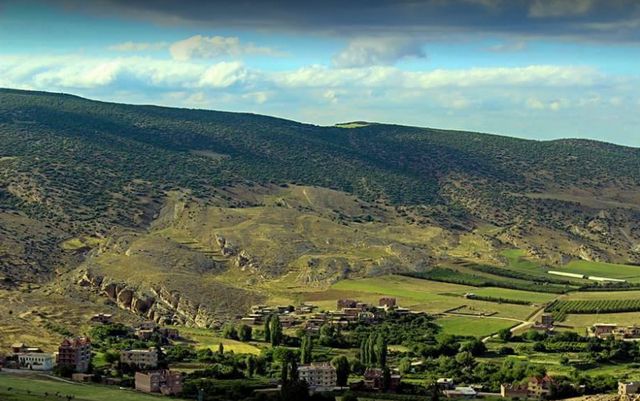 The most important tourist attractions in Batna Algeria

The city of Batna includes a number of archaeological sites and natural monuments that achieve high rates of tourist attraction for the country, perhaps the most important of which are:

It is one of the natural attractions that is recommended to visit during tourism tours in Batna because of its historical importance as a bastion of the Algerian liberation revolution from French colonialism, and for its picturesque beauty, which is colored with different four seasons.
The peaks such as Shalia with 2388 meters, Eshmol with 2320 meters, the bearing with 2341 meters are the most famous and highest.
In the multiple mountain ranges of the Aures, you can enjoy the beauty of its picturesque lush valley, relaxing between its green pastures and skiing in the snow in winter. 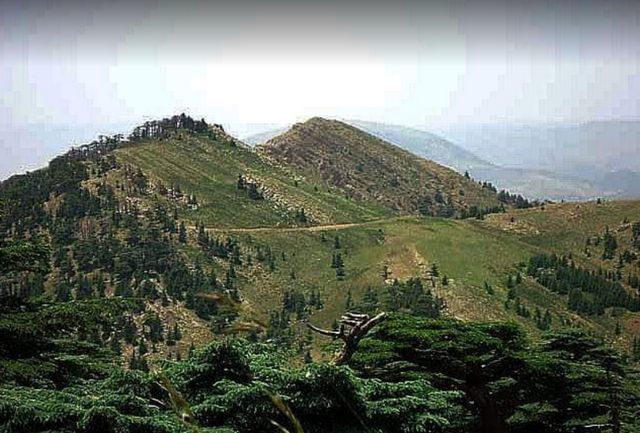 The ancient city of Timgad

One of the most important Roman ruins that you should visit during tourism tours in Batna Algeria, as the city is famous for its ancient buildings, with its four gates with roofs and square and circular columns decorated with arches that lead to different junctions in the state.
The city has integrated facilities built according to the Roman architectural style, including houses, bathrooms, entertainment, and cultural centers. You can learn more about Timgad Batna and the best activities you can do there by viewing the following link .. Read more 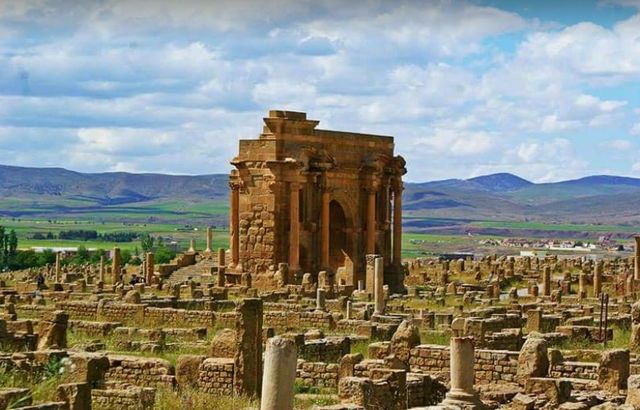 One of the archaeological architectural masterpieces that you can visit in the Algerian city of Batna during its tourism tours, where the history of the shrine dates back to the third century BC and it combines the eastern and Greek cultures in its construction, and it is distinguished by its location on the highest plateau in the northeast of the state, with a height of 19 meters and an area of ​​59 meters where you can see it and determine Replace it remotely. 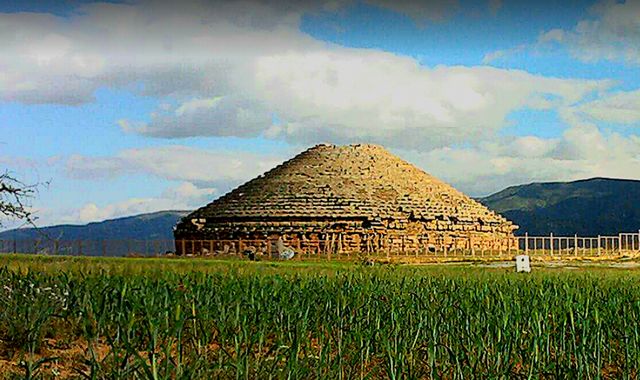 Roman baths in the state of Batna

One of the most important Roman monuments in the Algerian state of Batna is the ancient city of Timgad, which must not be missed during the tourist trip in Batna, and it can be considered as a major icon in Roman culture and heritage as one of the most important means of entertainment and social communication in their ancient civilization.
Batna Algeria includes about 14 Roman baths built of flat heat insulating bricks, and each includes 3 main halls for cold, hot and mild bath, in addition to water heating furnaces. 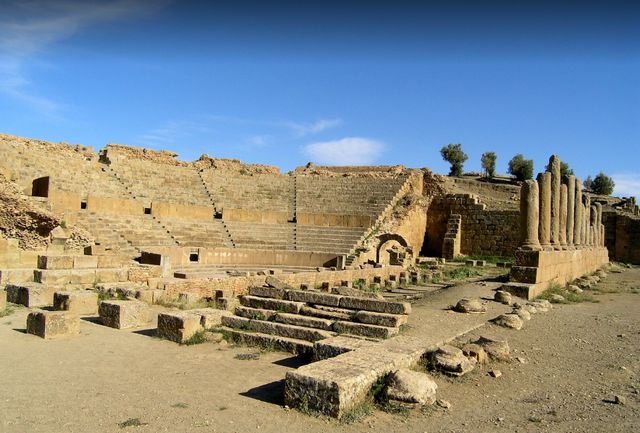 One of the most important natural monuments that you should visit during tourism tours in Batna is that it is one of the largest and most important 10 national parks in Algeria as a whole with an area of ​​26250 hectares along 8 Algerian states, one of which is the state of Batna, 7 km in the northwestern direction.
The barn forms a great geological, plant and animal diversity as it includes limestone mountain ranges, with vast areas of plants, herbs and roses such as worm, oak, rice, pine, wild rose, chrysanthemum and others.
This is in addition to the diverse and rare wildlife that is reflected in the famous Garma Zoo. 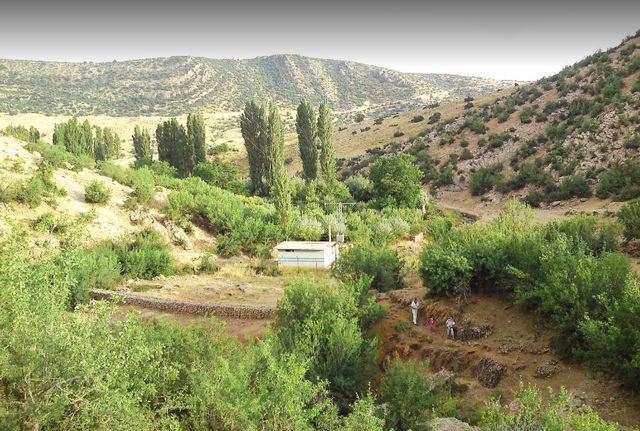 It is one of the Roman ruins offered by the city of Timgad to the state of Batna Algeria. The library was not a witness and a present of the foundation of Timgad from the beginning, but was built at a later stage in the style of Roman buildings of Insula and an area of ​​up to 400 square meters.
The library building was built by Roman architect Flavius ​​in accordance with the high-precision engineering style, luxurious of stone and parquet. 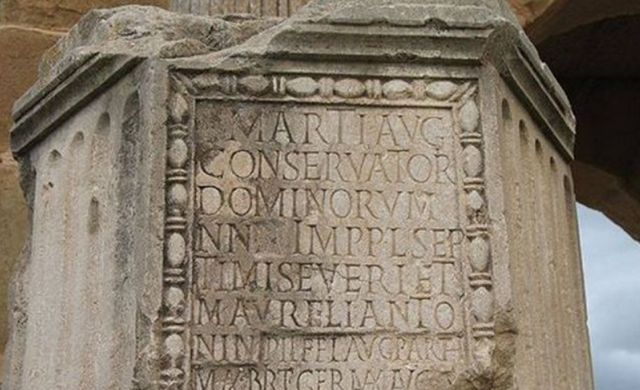 The Roman theater in Batna, Algeria

One of the miracles of Roman architecture in the city of Batna, Algeria, where Roman architects took advantage of the terrain of Timgad to create a theater with a listed phased plan that runs through the sound without the need for sophisticated machines and technologies through its construction on top of a hill, and the construction of the Roman theater in the state of Batna Algeria dates back to 160 AD and includes 3 Sections are: lassan or kneeling, orchestra, caffeine. 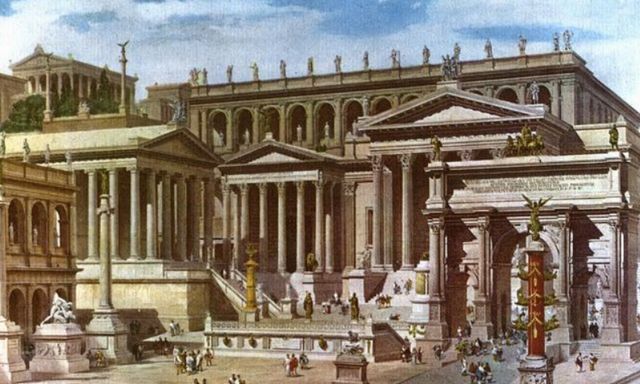 Among the most important tourist attractions in Batna, dating back to the era of ancient Roman civilization, which is a large square located in the center of the city of Timgad and includes a court building, a temple, administrative offices, a market or an altar, shops, a council of elders, a guest reception hall. 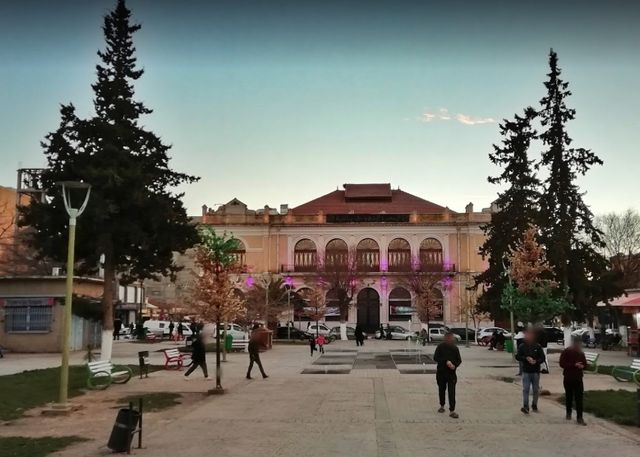