The most important tourist places in Port Said .. And your guide to enjoy the beauty of the valiant city ..

The most important tourist places in Port Said..Port Said includes a large number of tourist attractions that make it a major destination for tourists, and Arab travelers give you your guide to enjoy the beauty of the valiant city ..

The most important tourist places in Port Said … 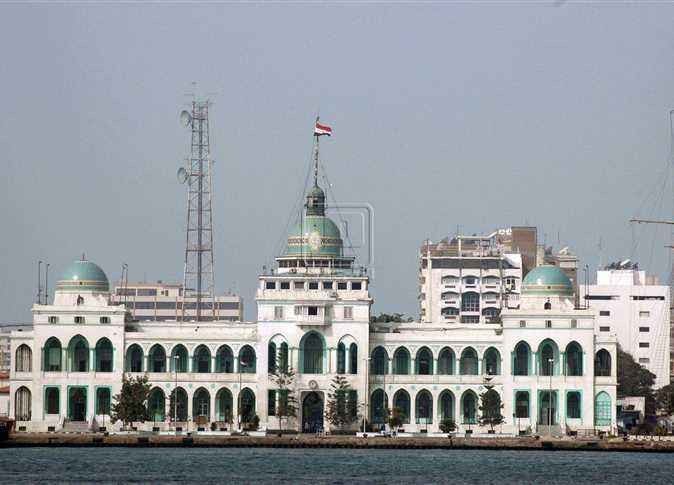 – The Suez Canal Authority building..It is the most important among the monuments that Port Said includes, and it succeeds in attracting a large number of tourists and the people of Port Said, and in the past it was called the Navia House or Fleet House as it was known as the Navy House or the British naval base, and in the past it was a phrase From a palace and was considered the first building that was constructed by Khedive Ismail and has a distinctive view on the canal beach in Port Said and was intended to receive kings and presidents from various countries of the world and Britain bought it to be the headquarters of its army command in the Middle East region, and soon the late President Gamal Abdel Nasser declared her freedom and independence after a For the evacuation of 1956. 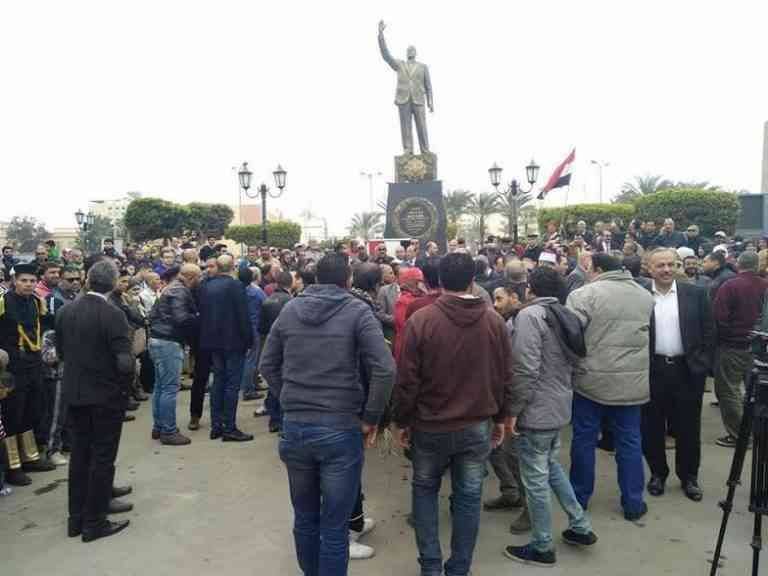 – The memorial … It is considered one of the most important tourist attractions in Port Said and was created to commemorate the martyrs of the valiant city during its various battles with the British occupation, and the monument appears in the form of a pharaonic obelisk and was completely covered with fine gray granite material to resemble the obelisks of the Pharaohs who were keen to create them in places of victory The building was erected on a base that includes a flame at the top, and there is the Victory Museum below, and through it you can discover the heroic tournaments of the Port Said people and the history of the valiant city and its victories. The museum includes a large cinematic exhibition hall and is opened to the visitors of the province Since the museum was an important tourist and historical front for Port Said and aims to embody the history of the struggle of its people over time. Read also: Recreational places in Port Said .. And your guide to spend unique times in the most beautiful coastal cities in Egypt ..

– Port Said Lighthouse … the most attractive place for tourists. 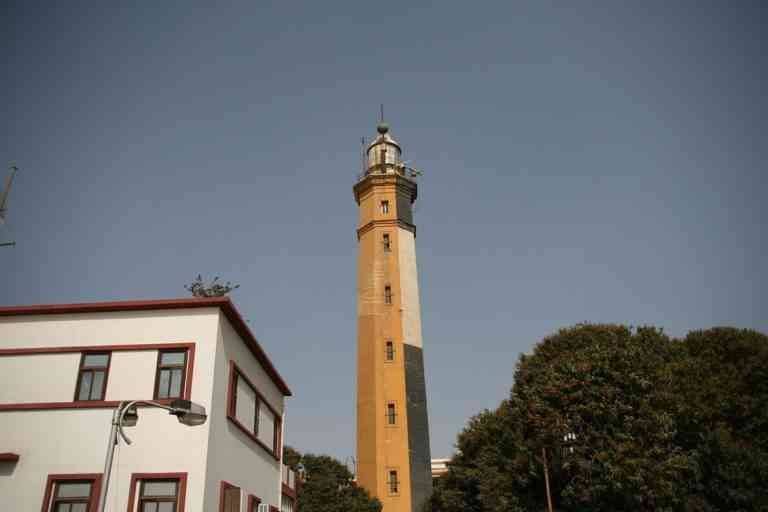 – Port Said Lighthouse..the most attractive tourist place for tourists..The Port Said Lighthouse is considered one of the most attractive factors for tourists to Port Said Governorate and is characterized by its wonderful location in the East District, and it is one of the oldest and most beautiful neighborhoods in Port Said Governorate and was known in the ancient district of El-Efrangi, and the construction of the Port Said Lighthouse dates back to 1869 and the facade is distinguished The main lighthouse has beautiful views of Palestine Street, “Sultan Hussein previously” from the east, and Memphis Street “Mahmoud Sidqi previously” in the west, Taif Street in the north, and Al Jabarti Street in the south, all near the end of the western waves barrier of the channel. Being the first beacon on a level The world is built on the strength of reinforced concrete, and it was built under the supervision of the creative French engineer François Connier, and the lighthouse increases the beauty and elegance of the valiant city. 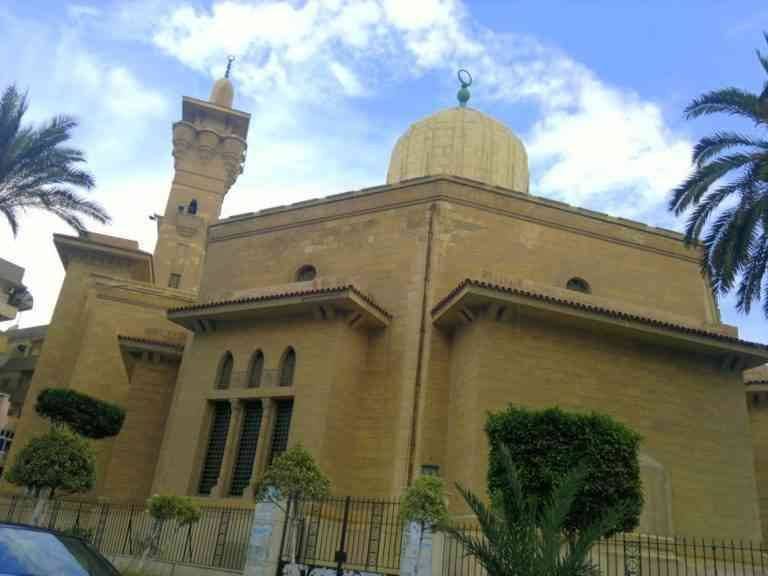 – Abdel Rahman Lotfy Mosque … It is one of the oldest mosques in Port Said and is considered the embodiment of the history of the ancient Islamic style. 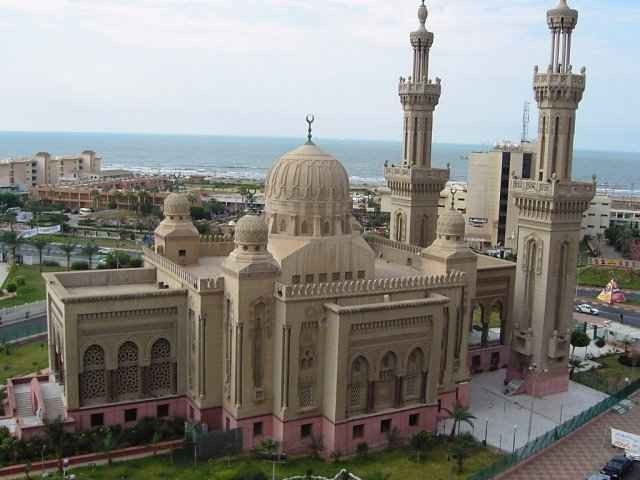 – Al-Salam Mosque..It is one of the most important tourist attractions in Port Said and it was built according to the modern Islamic style and is located near the entrance to the canal and the Mediterranean Sea.

It is one of the most important tourist places in the governorate and was created in conjunction with the opening of the canal for navigation in 1968. 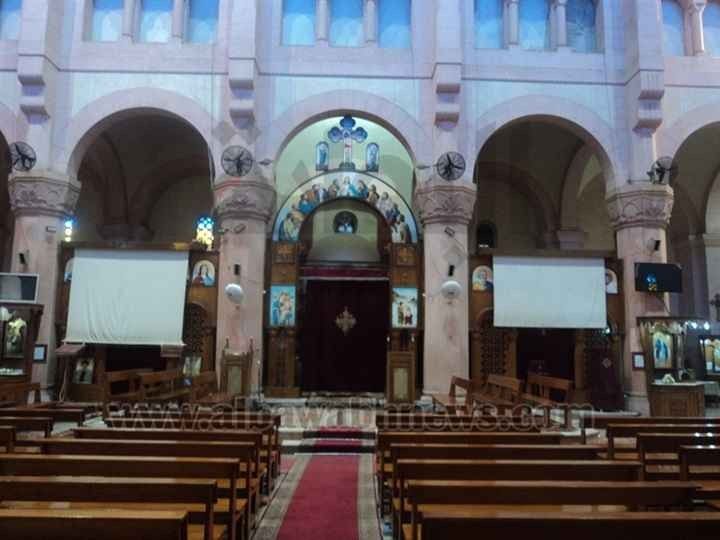 – The Romanian cathedral .. It occupies a great tourist place and its history dates back to 1931 and includes within it a part of the Cross of Christ, peace be upon him.

It is characterized by the inclusion of a large group of monuments dating back to different ages, starting from the Pharaonic era until the Islamic era, through the Greco-Roman and Coptic era, and the National Museum occupies a very distinctive location near the meeting point of the Suez Canal water in the Mediterranean.

It is one of the churches that was built according to the distinctive Coptic style and is located on Mohamed Ali Street, and its history dates back to 1946. 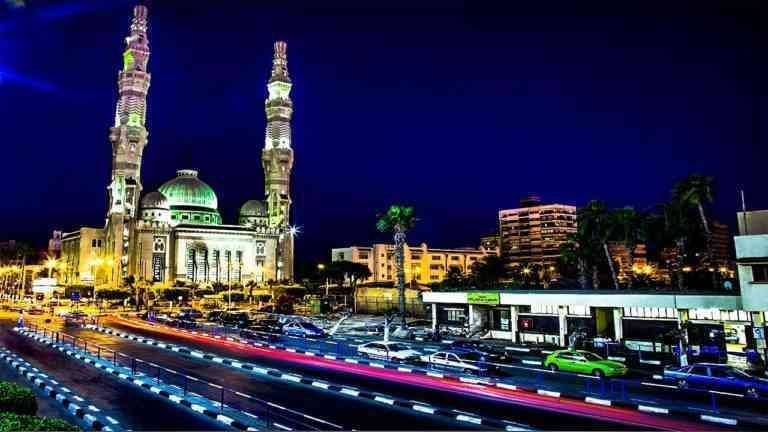 – Port Fouad .. It occupies a great place in the hearts of lovers of tranquility and recreation, and it is one of the most attractive places for the people of Port Said, where they breathe in for themselves thanks to the region’s tranquility, scenic landscapes, green spaces and the beauty of the beach, and you cannot miss enjoying the most beautiful tours with a ferry ride during Go to it to enjoy seeing the ships on the Suez Canal.

It is one of the most famous tourist attractions in Port Said and includes beautiful columns made of Italian marble decorated with delightful colors. The mosque is located on Mohamed Ali Street and its history dates back to 1912. 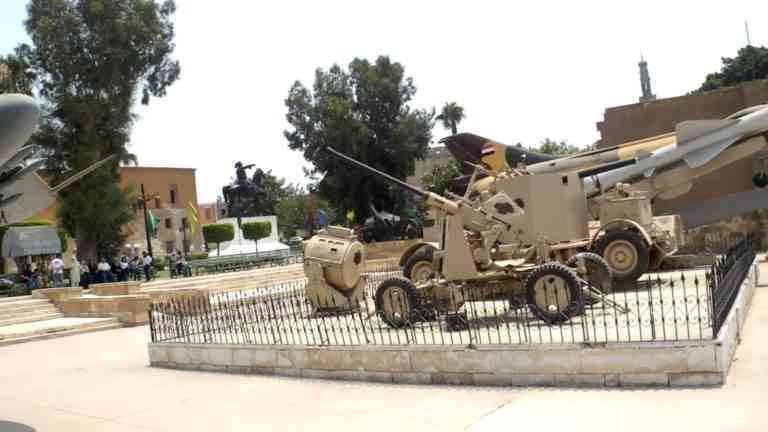 – The Military Museum … It is one of the most famous tourist places in the valiant city, and it was established in 1964 with the aim of commemorating the 1956 tripartite aggression on Port Said to embody the extent of the valor and originality of the Port Said people and their desirability in defending their land. The museum occupies a large area of ​​7.000 m 2 and includes a large hall for display The October War acquisitions were officially opened in 1978 and were developed in 2009. The museum includes an open exhibition area (Museum Garden) that displays archaeological weapons and a group of cannons dating back to the era of Muhammad Ali, and more artwork is displayed that embodies the history of Port Said and the museum’s lobby includes a statue The forces of the people coalesced b In addition to the Suez Canal Hall, it presents artwork that tells the story of the struggle to build the canal, and there you find a hall of tripartite aggression and displays artistic works that tell the story of the struggle of the Port Said people and their fight against aggression and guerrilla operations carried out by the young people at the time. October Hall displays the Israeli war championships and some weapons. The museum opens its doors for visitors from nine in the morning until nine in the evening.

It is distinguished by its location under the memorial of the East District and it was showing the story of the people’s struggle against the tripartite aggression, and is considered one of the most important cultural features in the governorate and is admired by art lovers and includes a large group of works by senior artists in Egypt and includes the sea hall and the history hall, both of which offer different types of works of thought and creativity, and were Allocating a large space for holding cultural and musical celebrations, in addition to hosting beautiful poetry evenings and offering more seminars included in the museum’s program in order to stimulate the culture of the Egyptian people in general and Port Said in particular.

The base of the De Lesseps statue. 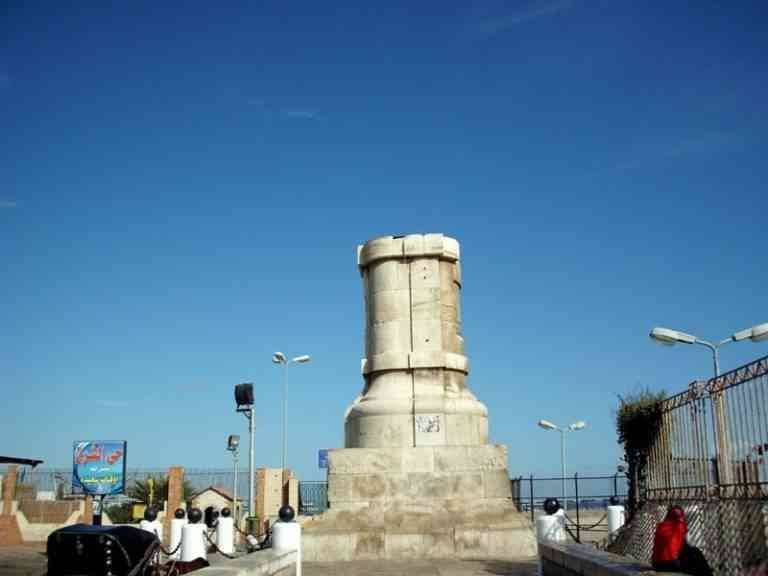 The base of the statue of De Lesseps .. It is one of the most attractive tourist attractions, and is distinguished by its beautifully beautiful design and its distinctive location with the western barrier to the entrance of the Suez Canal, which gives it great tourist importance, and this statue was built in conjunction with the opening of the canal for international navigation services, and it was opened on November 17, 1899 In conjunction with the thirtieth anniversary of the opening of the Suez Canal for the purpose of global navigation, the people of Port Said removed the statue during the period of the tripartite aggression against Egypt in 1956 and there is now only the base. 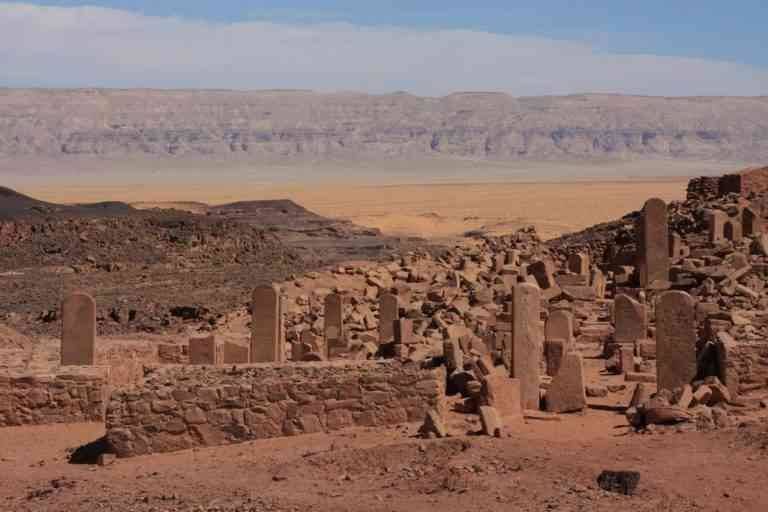 – Al Farama .. It is considered one of the three cities that make up the Old Port Said according to its administrative borders, and in the past it was called “Pelouz” and its population was estimated at one hundred thousand people, and it is one of the greatest cities of Old Port Said during the period of the Pharaonic era, and in the period of the Christian era known as ” Bermon ”, but in the Arab Islamic era it became known as“ Al-Farama ”, and it is now found in Tel Al-Farama and is several kilometers away from Port Said. The Al-Farama occupies a great tourist and historical significance, as it includes the tomb of“ Galen ”, as it included a long and distinct land road that reaches The island of Cyprus, which served as the key to eastern Egypt, thanks to its supervision of the roads Coming from the desert, the city of Al-Farma was completely destroyed during the Crusades in 1118 AD, and only some of its remains are left to embody this historical stage that the city went through and it was witness to all the Egyptian battles with the Assyrians and Persians, and the men of the city of Al-Farma played a major role in fighting Crusaders, Mamluks, and Turks.

It is characterized by its wonderful location in the southwest of the city of Port Said and the north-east of Lake Manzala, and the meaning of the word “tenis” can be interpreted as “the island” in the Greek language, and the island has many benefits thanks to its fertile land and its permanent slopes of water, it is not interrupted during the summer nor Until winter, the island contains the archaeological hill of Tenis, which attracts a large number of tourists, and the island is distinguished by its large area which reaches about 8 km2 and includes a large number of monuments dating back to the Islamic era and you can easily reach the island of Tenness in just half an hour by means of “launch” ”