Hannover in Germany overlooks the River Laine, the capital of Lower Saxony. It is an important commercial and artistic center, besides being a wonderful cultural center, which includes a number of museums, theaters, and gardens.

Herrenhausen Gardens are one of the best places to visit in Hanover with a picturesque beauty, founded in the English style. It includes many botanical homes of orchids and cacti. There is a mausoleum at the end of the north of the park, founded in 1846 by King Ernst Augustus, and Queen Friedrich there is also the restructured Hrenhausen Palace, which houses a museum displaying a collection of monuments, and documents dating to the city’s history in the rich Baroque era. 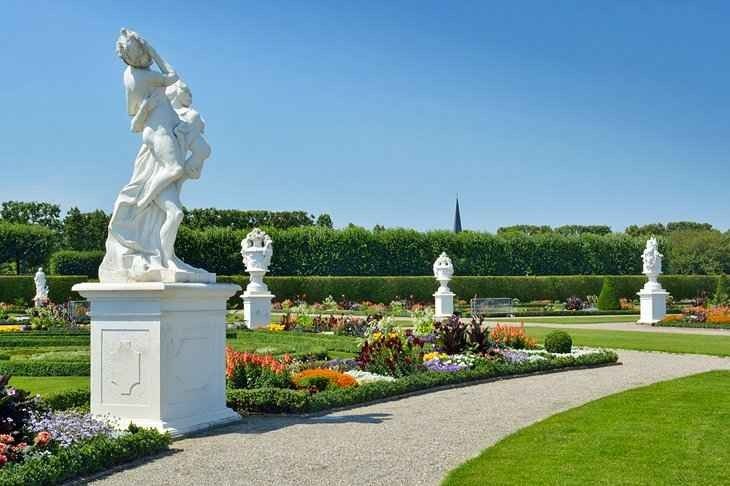 The shopping square and marketplace of the Marktplatz and the Marktkirche

The shopping square is located in the heart of the old city, where you can find a number of historical buildings, the most important of which is the city hall, which contains a number of small shops and exhibitions. There is also a market church, one of the most prominent tourist sites in Hanover dating back to the fourteenth century, and is characterized by its tower that connects Its length is ninety seven meters. 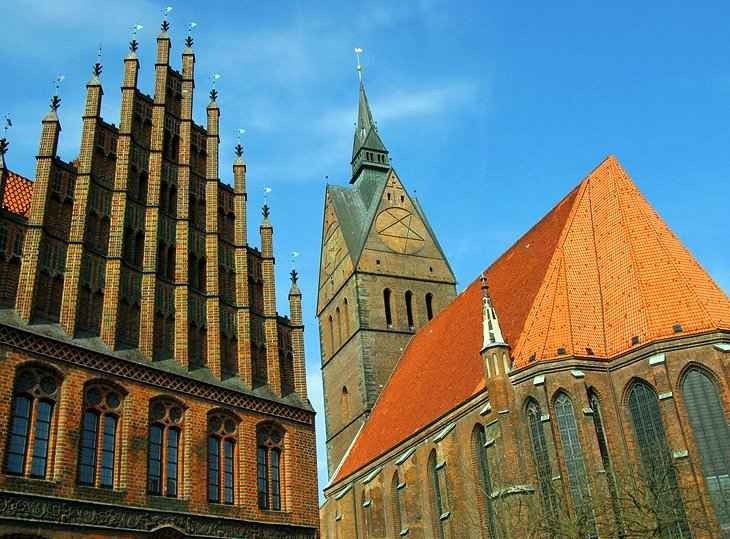 The shopping square and marketplace of the Marktplatz and the Marktkirche

The new Town Hall is located in Tumplatz, and was established between 1901 and 1913 in the style of the Wilhelm period. It is considered one of the most important tourist attractions in Hanover, where it is considered one of the most prominent buildings of the city due to its foundation on a beech wood belt. It is also decorated with a tower shaped like a dome reaching a height of one hundred meters. Inside the hall is a collection of city templates, and Hodler’s room gets a lot of attention. It includes a huge painting called the Loyalty Division of 1913. 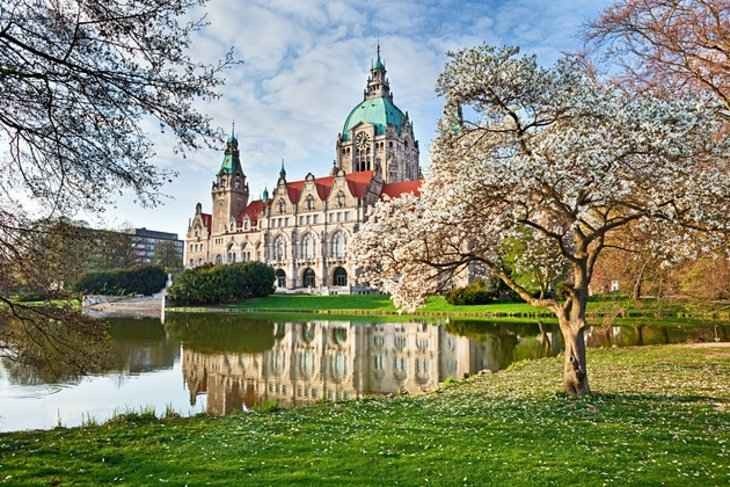 The Opera Building, one of the most important places of tourism in Hanover, is located along Georgesstrasse, and it is characterized by its amazing neoclassical design. The venue offers opera performances to its fans during the performance season, which runs from September to June. 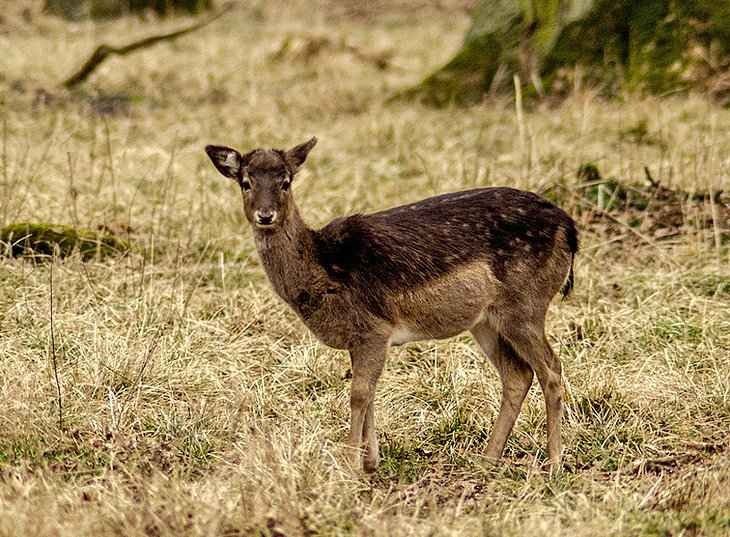 The Old Town is one of the most important tourist spots in Hanover that includes both; the famous state parliament building, which was founded on the river bank in the seventeenth century, where was the residence of the Duke George von Kahlenberg. It was restored in neoclassical style between 1817 and 1842 there is also the city church The old, which was also founded in the seventeenth century, and the famous German philosopher, Geo Leibniz, is buried. The Hof building is also located in the old city, which is now private for the state theater where; it performs many musical performances of pop, jazz, and opera. 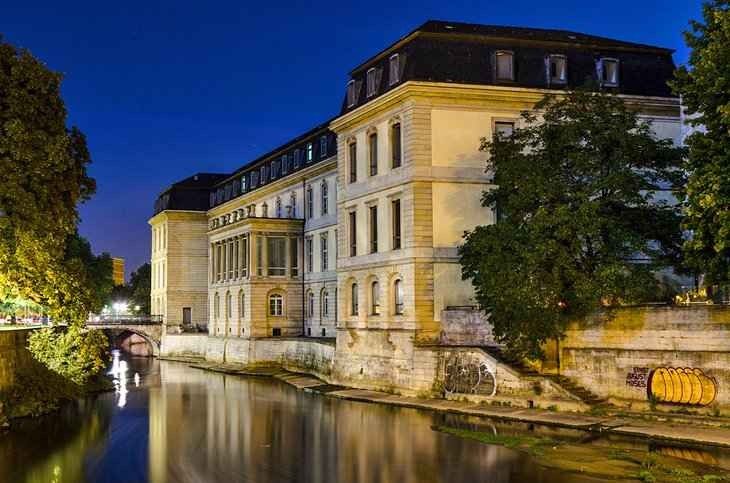 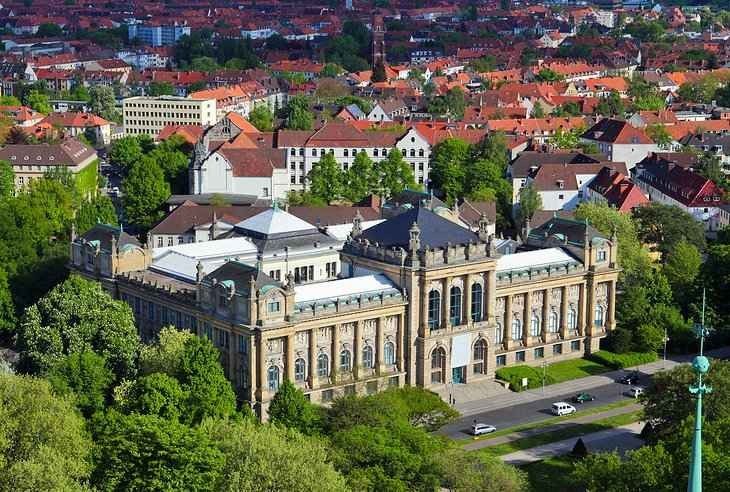 Maskee is one of the most beautiful places of tourism in Hanover. It is an artificial lake in the heart of the city, which was established in 1936 and extends for about two and a half kilometers. It also extends to five hundred and thirty meters, and it is one of the largest and busiest recreational and sports destinations in the region. It is also of great interest to sailors, boat riders and swimmers. It is also a great destination for a picnic, and the Lower Saxony Stadium is located on its western side. 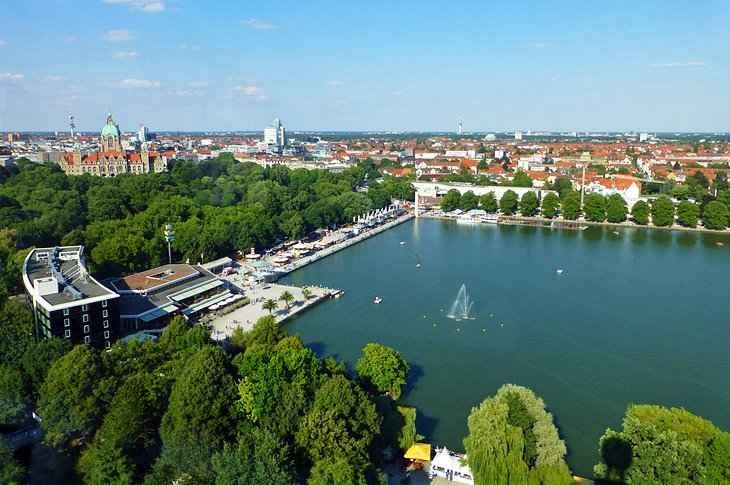 The Maschsee also read: Tourism in and around Munich

One of the destinations that should not be missed when traveling to Hanover especially for literature and history lovers, it covers all aspects of the life of the famous poet and designer Wilhelm Bush. He founded the museum in 1973 and displays its largest collection of art in the world, which includes satirical artwork and caricatures. The Napoleon caricature collection, which includes seven hundred pieces, is one of the most prominent exhibits in the museum. 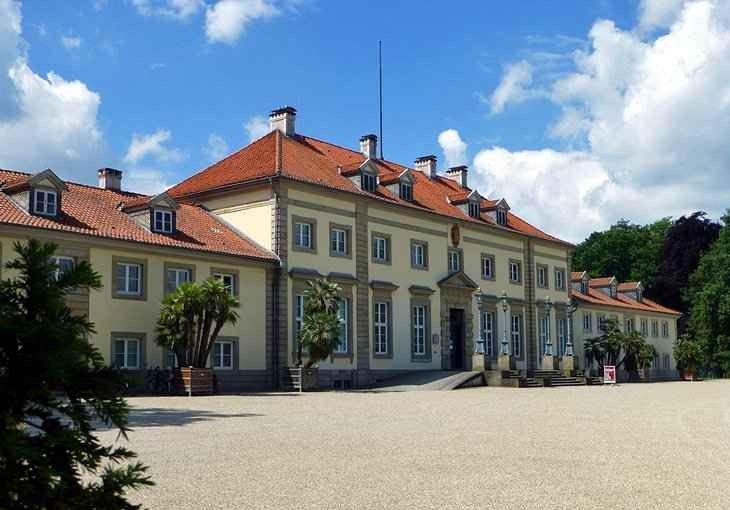 Hanover Zoo was founded in 1865 at the edge of the Elnried Forest, and is the fifth oldest zoo in Germany, which places it among the best tourist attractions in Hannover. It attracts about half a million visitors every year, because of its enjoyable and fun atmosphere, it includes a winter zoo with Christmas influences. Christmas, along with a children’s play area, and a plethora of fun activities. Myers Farm is one of the park’s most important attractions, which includes a number of nineteenth-century wooden buildings, alongside a river where you can enjoy a boat tour and see open animal cages, such as hippos, elephants . 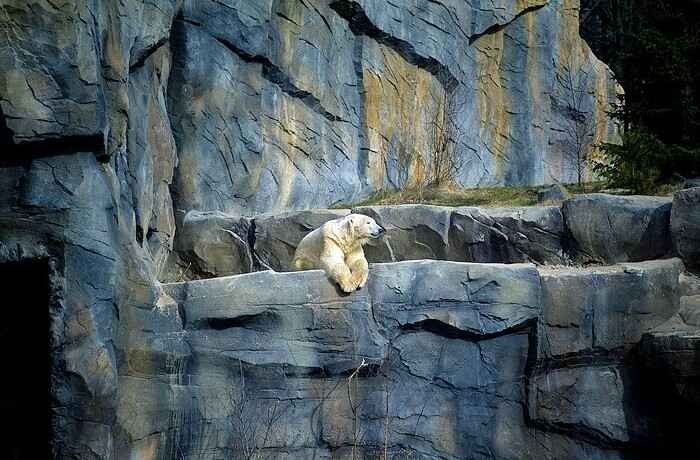 August Kestner Museum is one of the tourist places in Hanover devoted to history lovers, and the eras of the ancient world where it includes a variety of antiques, such as the important Egyptian collection, and a number of decorative pieces of art. The museum was founded in 1889 and includes a collection of local antiquities including; Old artefacts. Read also: Frankfurt tourism and places of interest

Another destination among the tourist places in Hannover for art lovers, it includes the most important German group for modern art. Founded in 1979 and includes special artworks, and others wish for the state. There are a number of works by Max Ernst, Picasso, and Paul Klee. It also contains a private collection donated by artist Nikki de Saint-Val, as well as a wonderful metal statue by artist Alexander Calder.

One of the best places of tourism in Hanover is located in the east of the city, and it is a huge forest extending over a huge area of ​​one thousand six hundred acres. It is the largest jungle within a city in Europe, and contains many pedestrian paths. Besides the horse riding lanes, space to relax, and more than a play area. So it is a great family destination, especially for children and nature lovers.