Tourism in Hebron … your tourist guide in the city of “Khalil Rahman”, the city that does not starve ..

Tourism in Hebron .. Hebron is one of the most important tourist destinations in Palestine, because there are a number of historical places, especially those that belong to the Prophet of God, Ibrahim, peace be upon him. Do not miss it.

Traveling to Hebron .. Know the temperatures and the best times to visit in Hebron .. 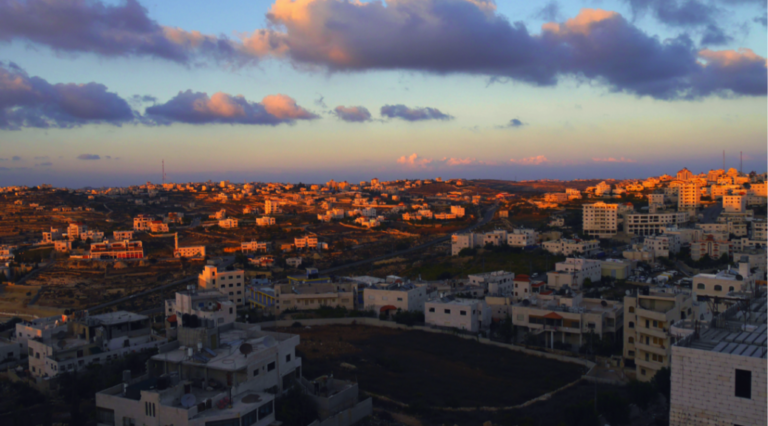 Travel to Hebron .. Know the temperatures and the best times to visit in Hebron .. The weather in Hebron is dominated by the Mediterranean climate where moderate temperatures are moderate in the summer, but in the winter the temperatures are cold and average around 14 degrees Celsius along with precipitation at acceptable rates so You can visit Hebron at any time, and we advise you, dear visitor, to visit Hebron, especially in the spring and summer to spend fun times in historical places and amid green spaces. Read also: Tourism in Haifa .. The most beautiful tourist places

Learn about the city of the prophets and the best tourist places in it .. Tourism in Hebron .. 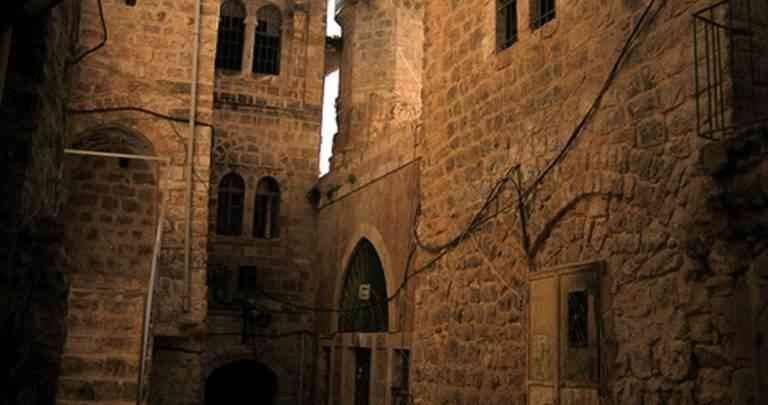 Learn about the city of the prophets and the best tourist places in it .. Tourism in Hebron .. Dear tourist, Hebron dates back more than 6 thousand years before the birth of Christ, peace be upon him and the Arab tribes lived in it and formed villages for more than 4 thousand years as the Prophet of God Ibrahim went to in a year 2000 B.C. and the Prophet of God made it the seat of his kingdom in the tenth century B.C., so it is the city of the prophets and despite its suffering due to the intervention of the Zionist occupation in it but it is a tourist destination full of beautiful archaeological sites with more than 650 sites, including what was included by UNESCO to the World Heritage sites It is a precious archaeological treasure It has to be identified and protected. There are many beautiful tourist resorts in Hebron, white limestone mountains, and the lowest drop in the world, which some say were formed due to the eclipse of the people of God’s prophet, peace be upon him, along with many mosques and archeological caves. The city is famous for the presence of many water springs in its mountains as it is filled with green spaces from Olives and fruits, the most important of which are grapes and the most important springs in Hebron, Ain Sarah, Ain Narqoun, Ain Tawashi and other beautiful eyes, as it is near other important cities such as Bethlehem and Jerusalem, and we offer you the most important tourist places.

“Ibrahimi Mosque” .. The most beautiful tourist places in Hebron .. 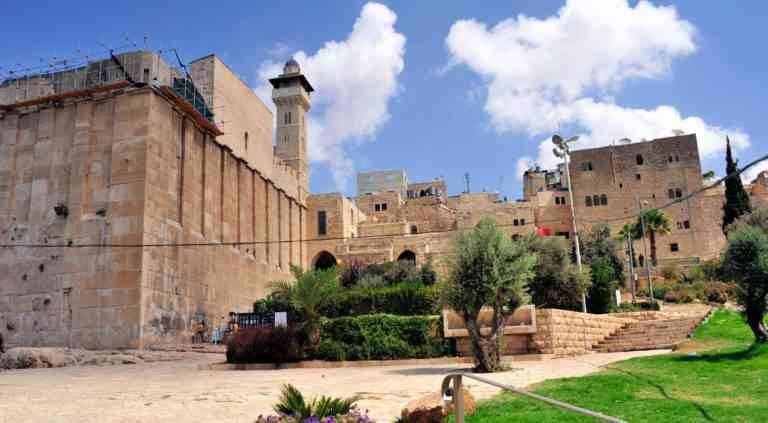 “Ibrahimi Mosque” .. The most beautiful place of tourism in Hebron .. It is one of the oldest mosques in Hebron, it is located in the old city of Hebron and its name is due to this name because the body of the Prophet of God, peace be upon him, is found in him and also his wife Sarah and Isaac and Jacob, peace be upon them both as the mosque Used so far and occupies the fourth place in the most important holy places for Muslims, so it is a very important tourist destination that must be known and defined by future generations in order to preserve it. The historical of R. M and the Persians and then built by Muslims and then seized by the Crusaders and then release in the reign of Salah al-Din in 1187 also. Read: entertainment places for children in Bethlehem ..

“Alkhalil Museum” .. The most important places of tourism in Hebron .. 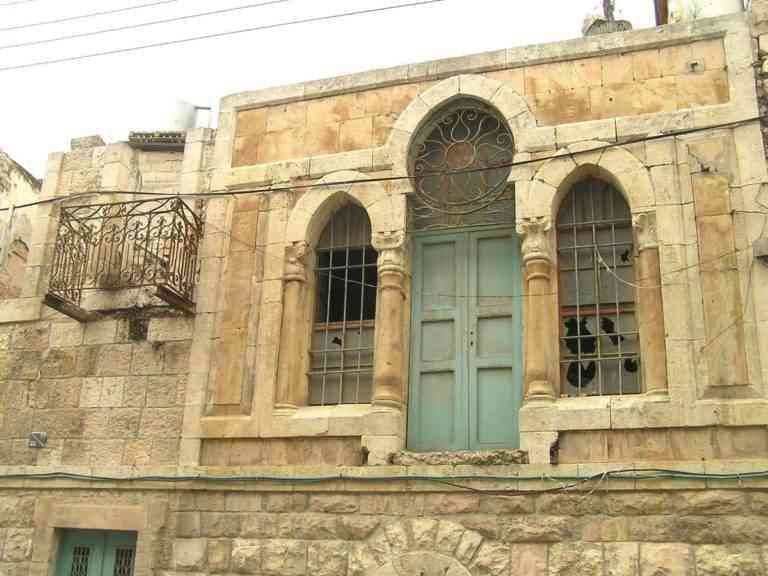 “Alkhalil Museum” .. The most important places of tourism in Hebron .. It is one of the best tourist places in Hebron, there is in the Al-Dariyah neighborhood and it is one of the important archaeological places and it was at first a Turkish bath and then it became a museum by order of President Yasser Arafat and the Turkish bath until now. Museum and retain its appearance.

“Tekiyya of Ibrahim” .. the most important tourist attractions in Hebron .. 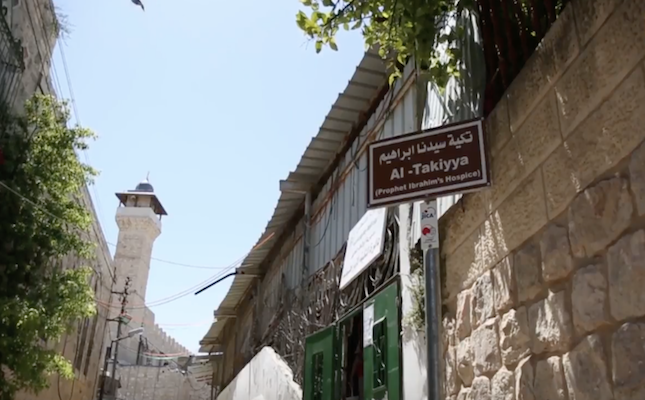 “Tekiyya of Ibrahim” .. The most important milestones of tourism in Hebron .. Dear tourist in Hebron has great pleasure. Despite the suffering of the Palestinian people from the Zionist occupation, the character of generosity is represented in the city of Hebron because of the presence of the Abrahamic hospice in it to revive the year of the Prophet of God Ibrahim In feeding the guests and the needy, which is an area near the Ibrahimi Mosque and provides food for free to the poor and needy throughout the days of the year until it was called the city that is not starving and its establishment dates back to the year 1279 AD at the hands of Sultan “Qaloun Al-Sali” The days of the leader Salahuddin Al-Ayoubi Hospice idea originally to the era of Prophet Abraham peace be upon him, where he was not dealing with the food but with the guest. 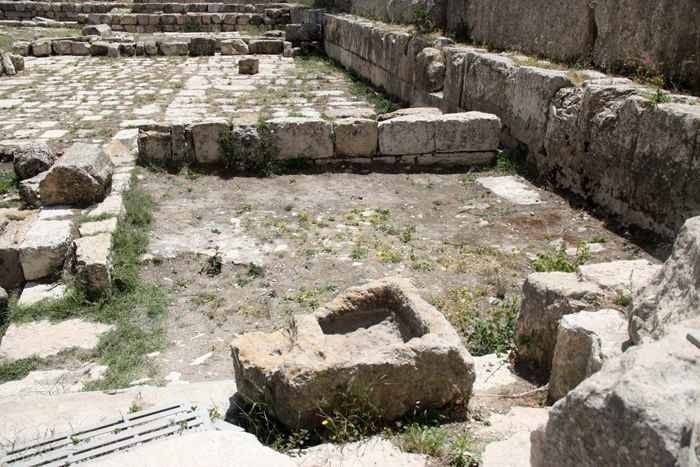 “The alkhalil well of the Hebron Well” .. The best tourist attractions in Hebron .. It is one of the most important monuments in the city of Hebron and is a beautiful Palestinian tourist destination, it is also called the name of the Sanctuary of Ramah and it is said that the Prophet of God Abraham, peace be upon him, set up his tent and met the angels when he preached the birth of Isaac, peace be upon him, in this place and this place in the past was the village of Turpentes and gained great fame as an important commercial center during the reign of the Roman Emperor and it is distinguished that its stones are similar to the stones built from the Ibrahimi Mosque and there are stone basins used for watering animals. 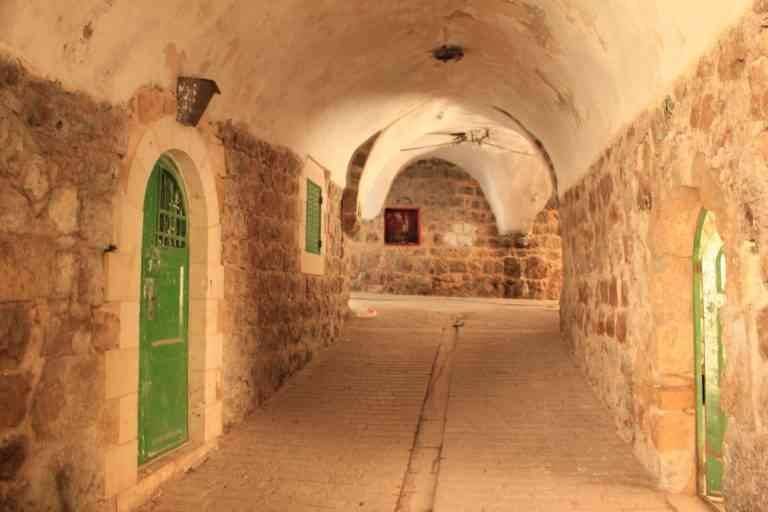 “The old town” .. The best places for tourism in Hebron .. It is one of the most important tourist places in Hebron, as it is the cradle of originality and heritage and its history dates back to the Ayyubid and Ottoman era and is unique in its magnificent architecture. There are many archaeological buildings, markets and arches, and the most famous neighborhoods are the Bani Dar neighborhood. The Citadel, Qeytoon, Suwakna, and other historical neighborhoods. As for the most important mosques, the Al Baraka Mosque, the ancient Al Aqub Mosque, Ibn Othman and other beautiful mosques, there are 150 mosques in Hebron, including a large number of the old city, although the town is exposed to two earthquakes, but it retains its architecture as It is also one of the most important tourist destinations in Hebron, “Khirbet Al-Mawraq Palace”, which is an important Roman palace to which tourists go. It is available to visitors every day except Friday and Saturday from eight in the morning until three in the afternoon.

“Sultan’s Pool” .. the best places of tourism in Hebron .. 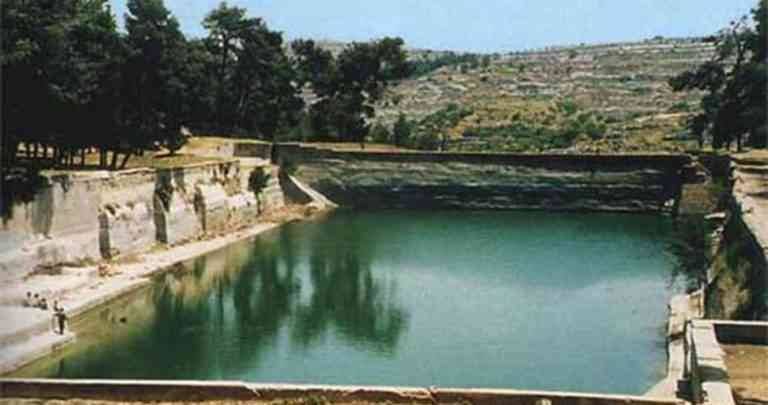 “Sultan’s Pool” .. the best tourist places in Hebron .. located in the heart of the city of Hebron in the southwestern part of the Ibrahimi Mosque, it was created by Sultan “Seif al-Din Qalawun” during the Mamluk era of square stones but now empty from Water so that mosquitoes do not drown or multiply and are preserved as an Islamic historical heritage, as it is one of the best tourist places in Hebron and affiliated to the Awqaf Authority. 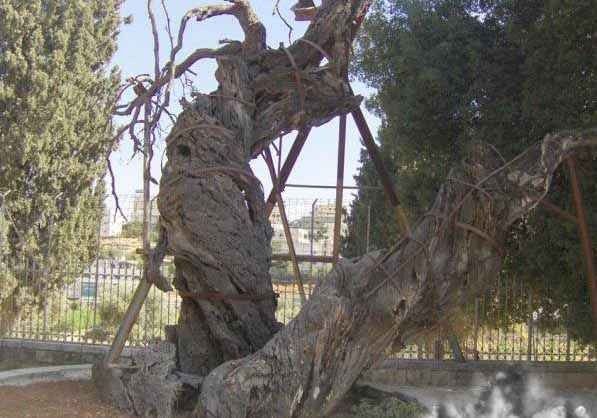 Tourist places in Hebron .. “Oak of Ibrahim Jerusalem”, located on Mount Gilda, which is a giant tree that is more than 5000 years old. It is also called the name of the Ibrahim tree and it is surrounded by a fence. To preserve it, and there are 35 parks in Hebron that you should visit to spend beautiful times in the middle of nature. 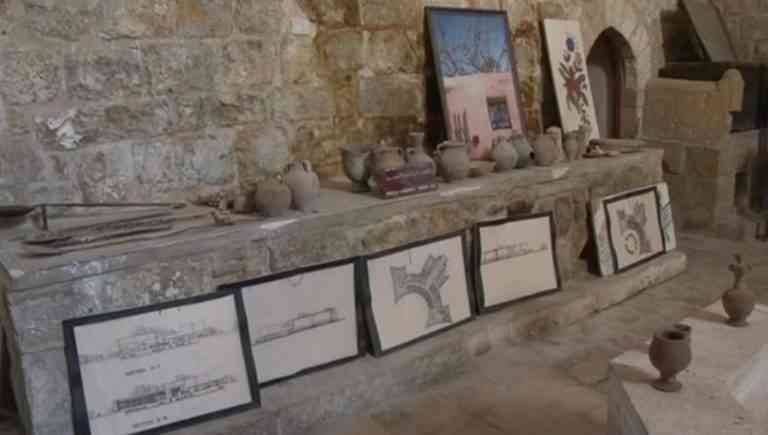 Tourist places in Hebron .. “Hebron museums alkhalil museums” .. Dear tourist, when you visit Hebron, it is necessary to visit the museums in it, the most important of which is the “Tree of Durr” museum located in the Old City Monuments such as carpets, agricultural tools, statues, coins, pottery utensils, and other monuments that express the various historical periods that were experienced in the city of Hebron.

Traveling to Hebron .. Learn about the best food and best restaurants in Hebron .. 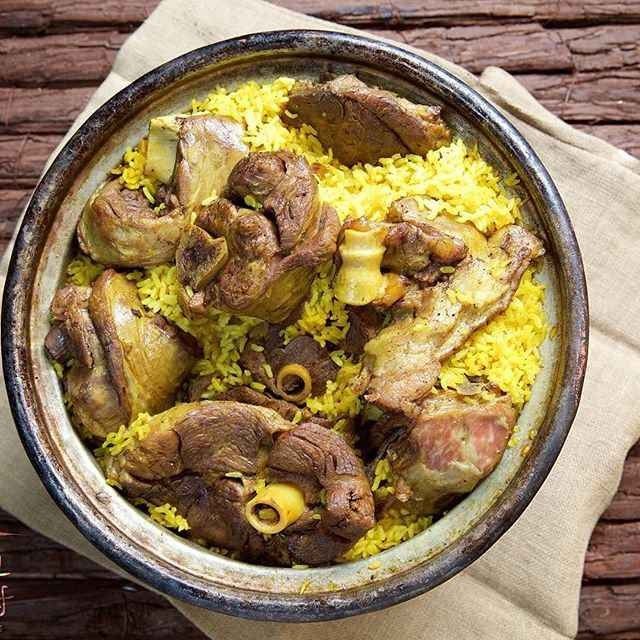 Traveling to Hebron .. Learn about the most delicious cuisine and the best restaurants in Hebron .. The Khalili cuisine is distinguished with its wonderful flavors and irresistible taste. Of lamb meat, yoghurt, ghee, and rice, and it is served especially on occasions. As for the “Al-Maftoul” dish, it goes back to before BC, which is crushed wheat in which a drink of meat and vegetables is added. As for the “inverted” dish, its components are chicken, rice, and potatoes. Capacity and inch And other dishes wonderful The most famous restaurants in the city Fmtam “Shawarma Al Rayyan” restaurant “Hamouda Brosto” restaurant “Lord” and the restaurant “Abu Mazen Hebron,” along with a number of world such as “KFC” restaurants and there are a number of restaurants offering fast food.

Tourism in the Western Desert … an ideal place for safari trips and your guide to spend a special trip.

Tourism in Al Hoceima, Morocco..The city of “beaches” ensures that you spend a special and unforgettable trip