Unique places to see the Northern Lights in America 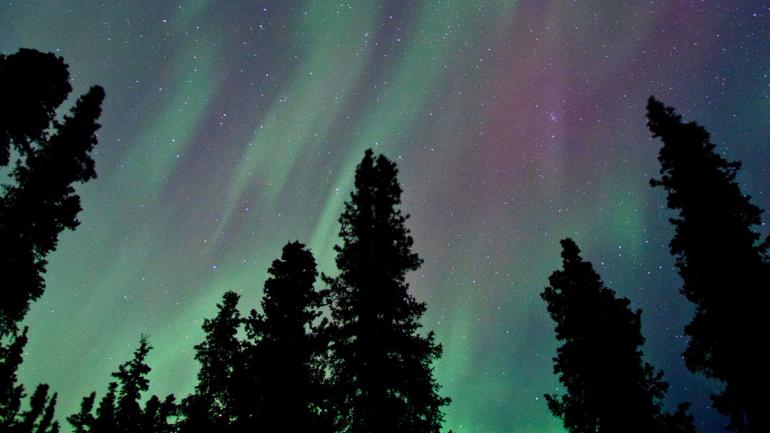 1- Denali National Park, Alaska
With about 2.5 million hectares of unspoiled wilderness, Denali National Park and Reserve in Alaska, located about 383 km north of Anchorage, is a favorite destination for campers and hikers due to its vast open spaces, beautiful mountain vistas and abundant wildlife. The park is also one of the best places in the United States to see the northern lights, due to the lack of light pollution. Autumn is the best season to get the clearest view of an aurora. You might even see the lights early in the second week in August.

From Fairbanks, less than 200 km northeast of the park, you can also see some spectacular light views, thanks to its location in the auroral oval region, an area around the Arctic where the aurora often occurs. 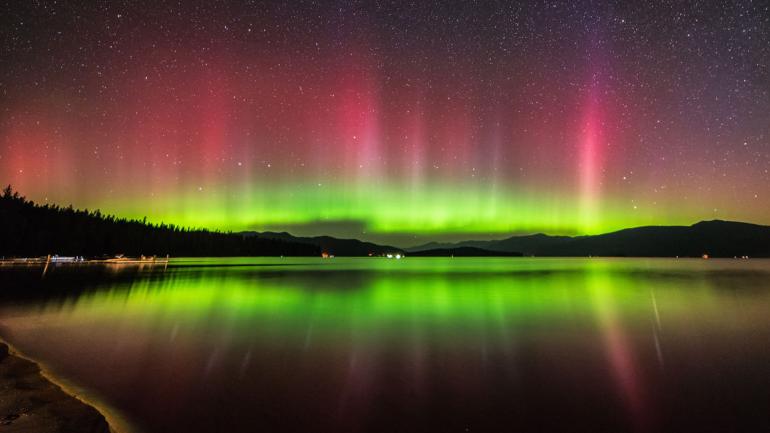 2- Idaho Panhandle National Forest, Idaho
Idaho may not be the first place that comes to mind when thinking about the northern lights, but the sights around Lake Brest and Idaho Lake Panhandle National Park are great. During the winter months, these sites, located approximately 80 kilometers south of the Canadian border and 150 kilometers northeast of Spokane, Washington, provide a clear, dark sky ideal for viewing the Northern Lights. Twilight is often reflected off the lake, providing a mirror view of natural light exposure. Photographers flock to Lake Brest to compose pictures of the northern lights against a mountain background. 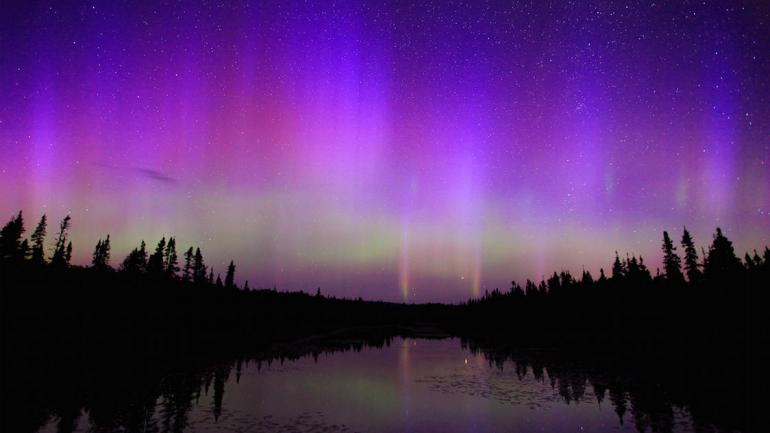 3- Arostock National Wildlife Refuge, Maine
It is located on the border of the United States and Canada about 250 kilometers north of Bangor in Maine, and it is a densely populated area, so there is no light pollution to obstruct your aurora examination. Although northern lights are more common near the Arctic, this province is located far enough north for the emergence of the aurora borealis. Establish a camp in the Arostock National Wildlife Refuge, which includes more than 2,100 hectares of wetlands, forests, and pastures that are home to such creatures as moss and black bears. Pure and clear winter nights are most popular for seeing Aurora in Arostock. However, this can be seen in spring and autumn, when attractive storm activity is the strongest. 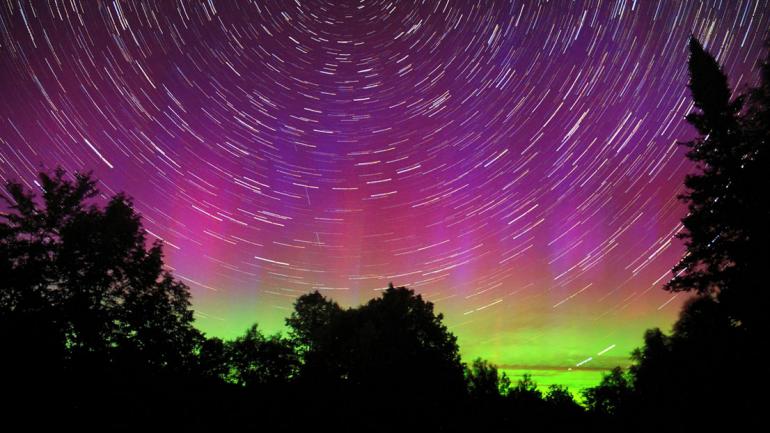 4- Cook County, Minnesota
Cook County – at the northeastern tip of Minnesota along the shores of Lake Superior, about 400 kilometers northeast of Minneapolis – offers plenty of outdoor space to lay back and watch the lights. This area is also home to the tallest mountain peaks and tallest waterfalls on the island of Minnesota, all providing a great backdrop for the multicolored sky. Locals move to Mount Auberge in the Upper National Forest to enjoy views of the Aurora Borealis that illuminate Lake Superior, Lake Auberge and Mount Moose. Thanks to the northern location of Cook County and the dark sky, the aurora is often easy to see between late fall and early spring. 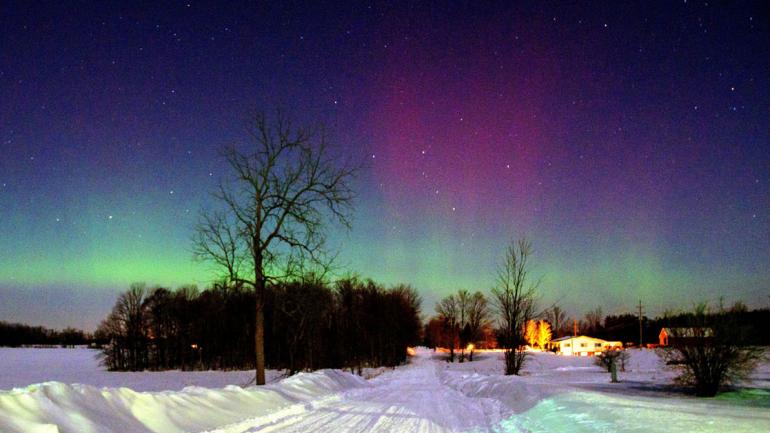 5- Upper Michigan Peninsula
The Upper Michigan Peninsula is one of the northern parts of the United States of America, and extends to Lake Superior about 410 kilometers from Green Bay, Wisconsin. Aurora scenes are very common in the area, with many residents able to catch dancing lights from their yards. For the best chance to grab the spotlight, head to Marquette, the main port on Lake Superior, or the Quinau Peninsula, which is the far north of the state. On a clear night, the northern lights reflect on the largest lake in North America, creating an amazing view.