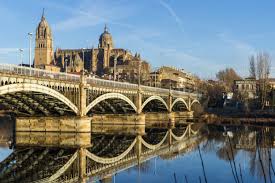 Alhambra Palace: Palace tickets can be purchased through several methods:
Through any branch of BBVA Bank in Spain.
By calling the following number: from Spain 902224460, and from outside Spain 003491537917, and the payment is by credit card.
Via the Internet, visit the following website: ServiCaixa.com – Venta de entradas – ALHAMBRA Y GENERALIFE (Granada)
Through the box office at the entrance to the palace, it is preferred to arrive early in the morning to ensure that a ticket is given, because the number of tickets is limited, and waiting in line is often long for a period that exceeds one and a half hours.
– Via Shazdouna Tourism Office Shazdouneh for Tourist Services

In the event that you wish to purchase the ticket in advance, whether by phone, the Internet, or through BBVA Bank branches, and because the number of tickets is limited, it is preferable to purchase the ticket at least three days before the date specified for the visit.
An overview of the museums: Each historical landmark or museum has its own dates for the visit and the tourist must inquire before the visit about those dates, knowing that the official dates of the museums may change in special cases such as there is a celebration or a special occasion, and for the information, many of them may be closed on Sundays or Monday, be sure.
Islamic museums and monuments: Islamic monuments are often found in the cities of the Andalus region, such as Granada, Cordoba, Seville, Randa, Malaga, Almería, and the villages surrounding these cities such as Al-Mankab, Wadi Ashe, Alora … etc, knowing that there are other monuments outside of the region Andalusia in cities such as Valencia, Toledo, Castile, Al-Manji, Badajoz, Salem, Zaragoza, and others.
City center and the cathedral: In the case of wanting to take a tour, it should be noted that the most prominent landmarks and shops are located in the old city center or next to the cathedral, for every city in Spain is mediated by the cathedral around which other landmarks and most important places are located. 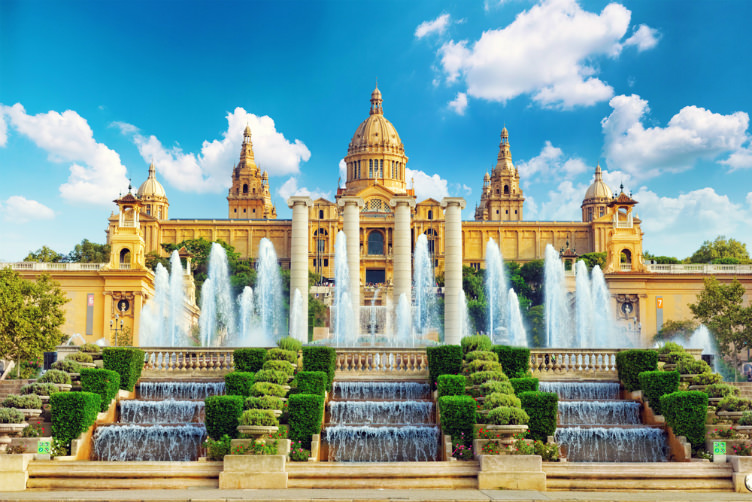 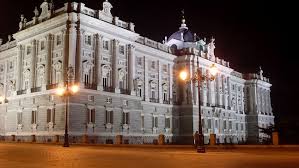 General note: Spain provides all modern means of transportation, and there are also cruises between its islands, and the question is frequently asked about moving by train from Malaga to Barcelona. It should be noted that the distance is very long and may exceed 13 hours. The subway is available in big cities such as Madrid and Barcelona, ​​knowing that a ticket can be purchased for a day, two or three and that through the metro station or by bus or through the Office of the personalization. 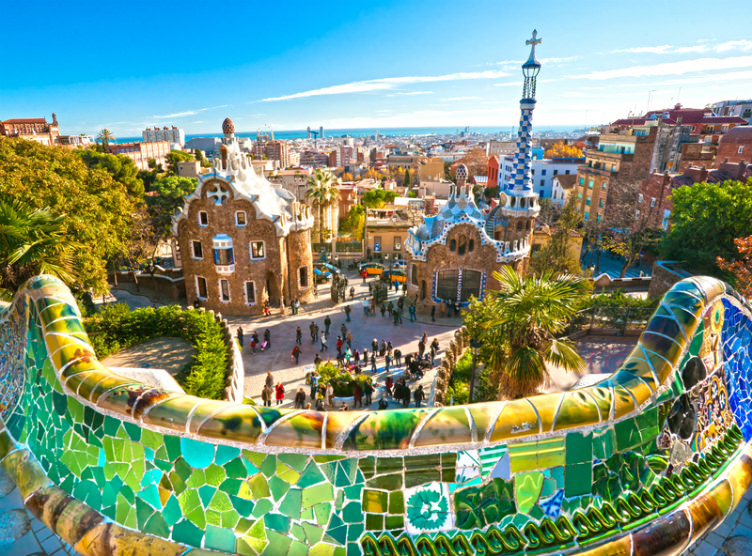 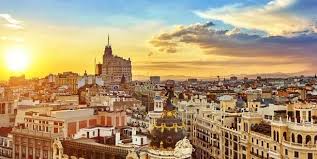 Taxi: It is preferable to request an invoice from the taxi driver after paying his taxi, as it contains the taxi number, which is useful in the event that something is forgotten in the taxi car, and that the bill request prevents the driver from tampering with the price, and it must be ensured that the bill is for the same taxi. Taxis have a special tariff according to the hour, as tariff number one starts from 6 or 7 in the morning until 11 in the evening, whereas the tariff 2 starts from 11 in the evening until 6 or 7 in the morning, and the taxi cannot manipulate the tariff because the red color lights up at the top. The car has the tariff number. The taxi has a special fee in the event that it is taken from the airport, and this fare is recorded on the back window, and if it is not present, the passenger may request it from the driver, and the airport fees differ from one city to another, as there is an additional fee on each bag you carry and often does not exceed 90 cents . Each city has a special number through which you can request a taxi and come to you at the place you specify. It should be noted that there are days in which the method of pricing is different, such as the end of the week in addition to the days of celebrations and festivals, and that each city has its own way of pricing for the other city.
Driving license: The international license must be obtained when traveling to Spain and must be used in conjunction with the local license, where car rental offices request the two licenses when renting, and in the case of only one license, rent is not allowed.
The metro: There are metro stations in four Spanish cities, namely Madrid, Barcelona, ​​Valencia and Seville, and a map of the metro can be obtained either from the hotel or from the airport and the competent person explains how to use the metro.
Internal bus: There is a transportation network for buses in all Spanish cities and villages, and you can get a map of the inner bus either through the hotel or by the bus itself.
External bus: It is buses that move from one city to another and you can get their tickets through the ESTACION DE AUTOBUSES bus station, where buses cover all cities of Spain.
Tourist bus: In every city there is a tourist bus that travels between the tourist attractions of the city, where it stops at every tourist point in the city, and it is possible to cut a ticket for a day or two, where you can ride any tourist bus during these two days and move from any station to another, and may This method avoids taxi and metro.
The train: There is a train network linking all the cities of Spain, and there is a fast train linking Madrid to Cordoba and Seville. And fast rail lines have been opened recently between Madrid and Barcelona – and between Malaga and Madrid in addition to many cities and you can see the site of Renfe and one of the important things when using the train is to be aware of the time duration of the trip, because it may take a long time in some Sometimes.
Aviation: There are many domestic airlines in Spain, led by Iberia, as well as AIR EUROPA, SPANAIR, AIR, BERLIN and many other companies, and prices vary from one company to another, knowing that those who are less than 26 years old have a permanent reduction in Spain. This point must be emphasized when purchasing tickets from tourist offices in Spain. Prices vary from time to time. Morning trips differ from evening trips, and prices also differ with the purchase date. 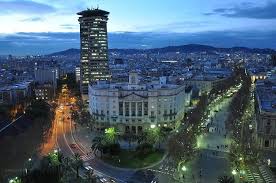 The Car
Inside cities: It is not difficult except in Madrid and Barcelona. It is preferable to rent a car in the cities of the north and the cities of the south, especially Marbella, especially since the transportation to the neighboring cities and villages will be numerous. And as for the roads in Spain, there are 3 types of highways: The first type, AUTOPISTA, which is the highway to pay and can be paid through the payment window, either in cash or by credit card. , And T means credit card payment. The second type of roads are AUTOVIA freeways, and the third type called CARRETERA is the small dual roads.
In the event that the road is double, then you cannot overtake the vehicle in front of you unless the white line in the middle of the road is intermittent. And it is preferable to take the diesel car because it lasts more and its price is about 90 cents per liter, as well as gasoline almost at the same price, but it does not last long.
Car parks: You must know the most important traffic regulations for driving a car, such as the place where the car must be stopped, there are parking lots and they are the planned parking in blue and there is a metal box in which cash can be placed in the knowledge that the payment is only in peak times, while the planned parking in white It is free.
Ambience:
The atmosphere in Spain differs from one place to another, as the southern regions are not like the east or the north, so the north is dominated in the summer by the mild weather that tends to be cold at night, and in the winter the weather is cold or very cold, while the southern areas are hot in the summer with the mild weather at night., And It is cold in the winter, but it is not very cold as the north. As for the coastal cities and islands, the weather is moderate in summer and winter. As for the atmosphere in the Canary Islands, it is moderate throughout the year.

A honeymoon at the lowest cost in Thailand

My experience of some Barcelona restaurants