The best tourist places in Penang

Home ⁄ Spain ⁄ As for the gardens of the palace, they are very impressive, spanning a large area and in different layers, all of which contain pools of water and fountains. Whenever you finish roaming in another park, it will be beautiful. Restoration work appears to be continuing in the lobby of Al Aswad, as the pool and its twelve lions are out of sight of visitors until further notice. The palace overlooks the city of Granada from a high wall surrounded by fences and trenches that were previously filled with water. It is a place worth visiting, full of magic and aesthetics.
Share on
Facebook TwitterWhatsapp

A tourist program in Madrid .. a beautiful 5-day trip in the Spanish capital “Madrid” ..

It is a palace that does not resemble palaces … part of our history, civilization, and identity .. It stimulates a group of feelings inside us because we are Arabs, and because we are Muslims, and because it is wonderful and brilliant, it rejoices you to overlook it from afar .. It saddens you to wander inside its corridors and gardens because there is, somewhere in this In the palace, the Arabs broke from the rule of Andalusia and signed a document of their abdication. 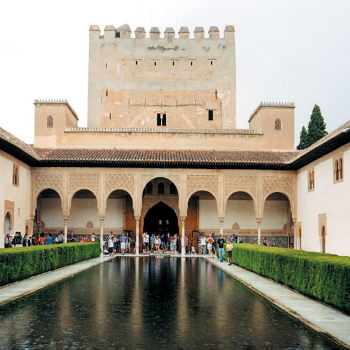 It is the Alhambra Palace, with its magnificence, magnificence and charming charm, which is today considered one of the most attractive tourist destinations for visitors in Spain, where they number more than two million annually. It is a place worth visiting, and if you were someone who looked closely at the photos of this palace or watched films about it, except that informing you with the naked eye about its various angles and Al Bahahs is not equivalent to any movie or photo. 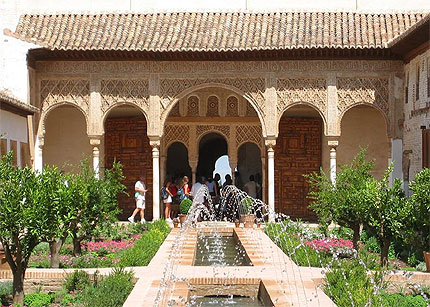 When preparing for a visit to the Alhambra Palace in Granada, it is necessary to book entrance tickets at least one month in advance, given the large number of tourists visiting the place, and it can be done online.
Ticket price is 13 euros and admission is free for children under the age of twelve. But what you should be aware of is that there are two types of tickets, one that qualifies you to enter the palace and the surrounding gardens, and another to enter the palace only.
The choice must also be made when booking tickets between the morning and evening periods. 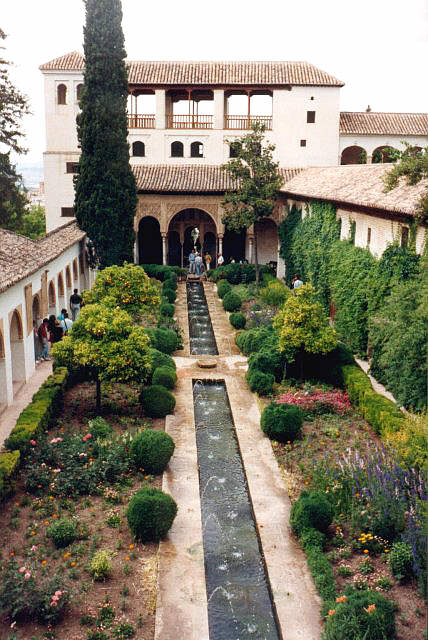 Usually the morning period starts at eight thirty in the morning, and if you are residing in Granada it is easy to arrive at the specified time.
As for the evening period, it starts at two in the afternoon until eight in the evening. Staff will scan the e-entry ticket code in more than one place, and there is a specific time for the visitor to spend in different parts of the palace.
This means that the entry ticket mainly determines the time of your entry to the Nasser Palace, and the employee tells you that you have a specific time to spend, otherwise you will not be able to complete the tour in the rest of the palace.
If the entrance date specified on the ticket is five thirty in the evening, you can tour the palace until eight in the evening.
Knowing that the palace is very spacious and access to the gardens on the opposite side of the Nasser Palace, it takes time not less. 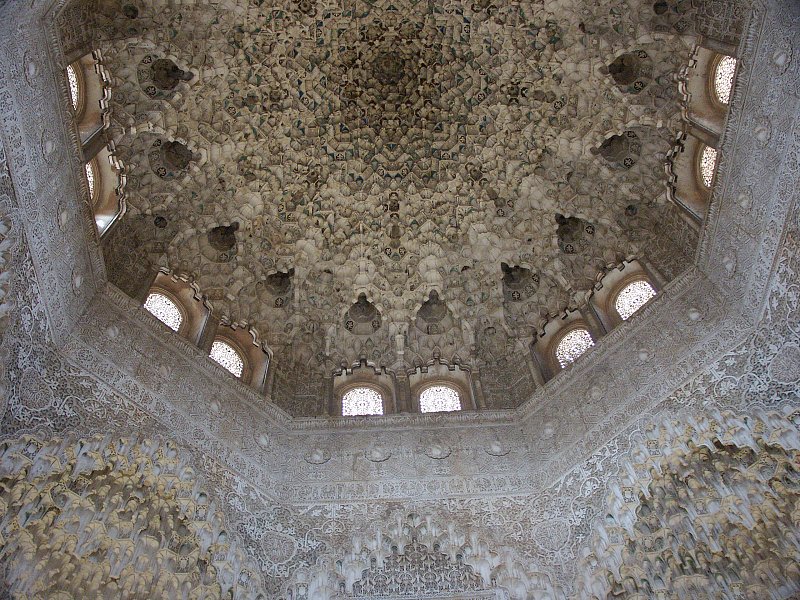 It is always preferable to arrive at least half an hour before the time, so that the tourist benefits from the entire time specified for him. Also, reaching Al-Nasser Palace will be on foot for about a quarter of an hour, and the tour will not end in two hours. It is prohibited to enter large luggage and those attached to the back or strollers.
Just before reaching the Palace of Nasser, it is located on the right side, the palace of King «Carlos V», which is different in architectural style from all the buildings in the Alhambra. This palace was built in 1524 AD, and it symbolizes the victory of Christians at the time over the rule of the Arab Muslim caliphs. This palace is characterized by a round courtyard inside with a diameter of about 31 meters. The Romen design columns are distributed on the sides of this courtyard. 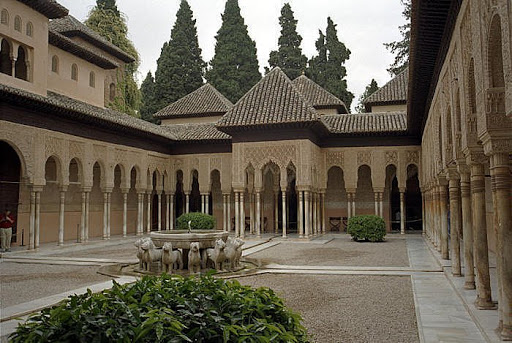 As for the gardens of the palace, they are very impressive, spanning a wide area and in different layers, all of which contain pools of water and fountains. Whenever you finish roaming in another park, it will be beautiful. 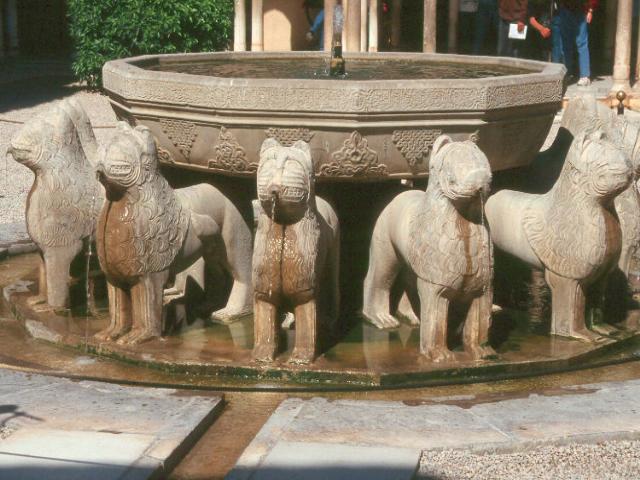 Restoration work appears to be continuing in the lobby of the lions, with the pool and its twelve blacks missing from visitors’ attention until further notice.
The palace overlooks the city of Granada from a high wall surrounded by fences and trenches that were previously filled with water.
It is a place worth visiting, full of magic and aesthetics.

Arab Travelers: The Arab Travelers website is the biggest tourist site in the Arab world. You can plan your trip and find January 14

Here are the best tourist places in Fethiye, Turkey during the winter

5 best places to visit in Jakarta

The best entertainment places for young people in Amman, Jordan

National dishes to taste if you visit these countries