Where is Nice located and the most important cities near Nice

Nice is one of the most beautiful tourism destinations in France, especially summer tourism, because of its attractive coastal view and breathtaking beaches in the eyes.
If you are looking for a special destination for a summer vacation that encourages relaxation, relaxation and fullness of activity after a long year of fatigue, Venice is the most correct destination.

Nice has a number of the finest and most beautiful France hotels thanks to its sea front facing, while providing a sophisticated level of services, enjoyable leisure activities and accommodation units that suit its varying budgets. 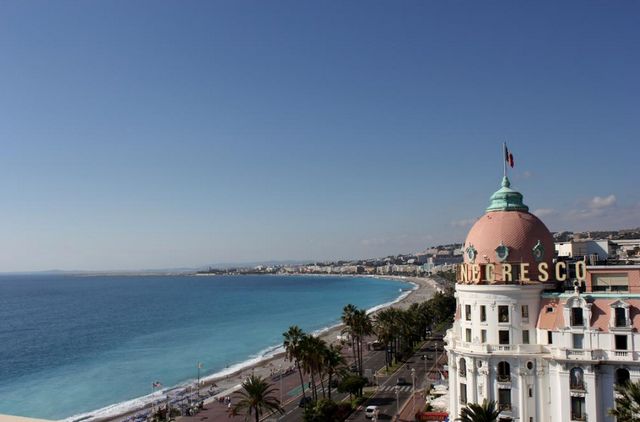 Where is Nice located?

Nice is a French city located in the southern region known as the region of Alpes Cote d’Azur on the Mediterranean coast, between the French cities of Marseille and Genoa, Italy and close to the city of Cannes.
To find out where Nice is located, more specifically within the French territories and among its most important cities, you must follow the following sample map:

Where is Nice located among the tourist cities of France?

Nice is surrounded by a group of the most beautiful and most popular tourist cities in France, such as Cannes, Paris, Marseille, Annecy, Chamonix, and others.
In order to save you the hassle of searching when traveling, we offer you the distances and access routes between the center of Nice and the most important of these cities, with your support with maps showing the shortest way to travel between them according to Google’s estimates.

How far is Nice from the capital Paris?

Paris is 932 km from Nice, equivalent to an 8-hour and 59-minute drive via tracks A6 and A7.
Or equivalent to 5 hours and 57 minutes by public transport, and travel time can be shortened to an hour 25 minutes by pilots.

Where is Nice located from Cannes?

The distance between Nice and Marseille

Marseille is 199 km from Nice, which is the equivalent of 2 hours and 12 minutes of driving via the A8.

The distance between Colmar and Nice

Colmar is 712 km from Nice, 7 hours 52 minutes’ drive across the A2 track.
The distance between Nice and Colmar can be calculated only about 1 hour and 15 minutes by pilots of Mulhouse, France — Nice, France.

Where is Nice located from Annecy?

Nice is 581 km from Annecy, equivalent to a 5-hour and 29-minute drive via tracks A7 and A8.
The shortest route is by pilots to travel the distance in a maximum period of one hour.

How far is Strasbourg from Nice?

Strasbourg is 784 km from Nice, which means 8 hours 27 minutes’ drive via the A2 track
The plane can also be resigned on a flight of 1 hour 15 minutes via Strasbourg, France – Nice, France daily.

Where is Nice from Chamonix located?

Nice is 457 km from Chamonix, equivalent to 5 hours 30 minutes’ drive. It is also possible to travel between the two cities within 5 hours 46 minutes via another route shown on the map.

The distance between Nice and Lyon

Lyon is 471 km from Nice, which means driving for 4 hours and 36 minutes. The plane can also be resettled from Nice to Lyon in 55 minutes.

How far is Nim from Nice?

Nimes is 280 km from Nice, the equivalent of 3-hour drive 5 minutes, or 303 km equivalent to driving on the previous track, as well as the A7 track for 3 hours and 25 minutes.
You can also follow the public transport to arrive between the two cities within 4 hours 3 minutes.

The distance between Montpellier and Nice?

Nice is 326 km from Montpellier, the equivalent of 3 hours and 32 minutes’ drive via the A8.

Nice includes a number of the most beautiful tourist attractions that attract thousands of tourists from different parts of the world to visit France, such as: the old city, Phoenix Park, the Corsalia flower market, and other attractions that you can learn in detail by visiting the following link .. Read more

Articles you may also be interested in in Nice:

The best 4 places to visit in Nice, France

The best 3 places to shop in Nice, France