Your tourist guide to the Eiffel Tower in Paris

Who is the founder of the Eiffel Tower? 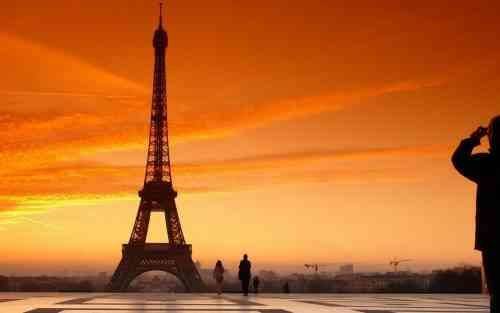 The French “Gustave Eiffel” is considered the owner of the design of the Eiffel Tower.
It was designed in the year 1889 AD, to be a symbol of the international art exhibition of its time.
The funny thing is that he was attacked by the intellectuals and the elite at the time, and it was considered a distortion of the aesthetic vision in the capital of light.
The height of the tower reaches 320 meters in the sky, and it consists of 8000 pieces of metal, connected by more than 2.5 million nails !!.
“Gustave Eiffel” violated all the rules of architecture of his time, as the pillars of the building were always built on concrete blocks.
But “Gustave Eiffel” replaced it with huge iron bases.
The real reason that made the tower an architectural miracle is its ability to withstand storms and natural appearances.
Below the tower supports are the post office, 4 elevators, as well as many gift shops and cafeterias. 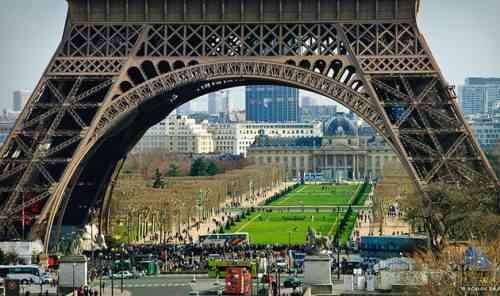 The first floor of the Eiffel Tower:
If you use the elevator, and ascend to the first floor of the tower, you will be able to see Paris at a height of 57 meters, and through glass windows, which makes you more excited and excited.
And if you walk around this role, you will see more gift shops.
There is also a theater offering educational drawings on the history of the Eiffel Tower.
You can stamp your postage stamp through the post office located in this floor. 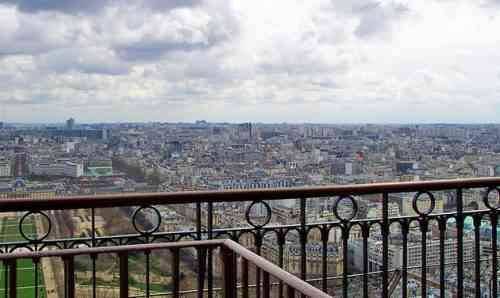 The second floor of the Eiffel Tower:

The second floor is 115 meters high, so you'll be able to see more clearly the city of Paris, and distinguish its buildings.
There are two ways to reach the second floor, either by using an elevator, or by walking for 704 steps.
There is also an international restaurant, which serves delicious French classic cuisine, and is now called "Ducas".
There is a place for you and your family to take photographs. 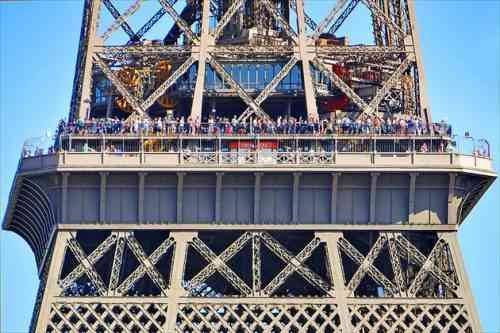 The top of the tower:
It is located at a high altitude, reaching 267 meters, and the summit provides a panoramic view of up to 70 km, through two platforms, one of which is open air, and the other covered.
The highlight of the summit is the presence of the designer Gustave Eiffel's office, and you can see wax sculptures for both the designer and his daughter, Claire. 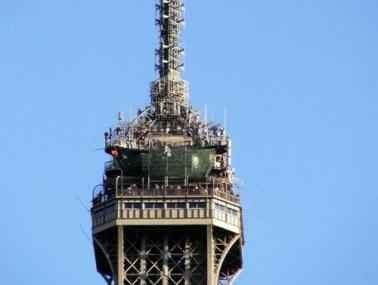 This was a tourist tour inside the Eiffel Tower, in which we provided the most important information about the tower, and a description of the components of each of its roles.

Children ‘s Places in London The best and most beautiful