Cuba is one of the distinctive tourist destinations in the Caribbean and is famous for its ancient architecture, colorful buildings and classic cars dating back to the middle of the last century. It also includes many museums and parks, and it has wonderful tourist resorts and hotels near Varadio Beach and Playa Paraiso, but that is not all in this charming country, there are still more amazing attractions that will put you in the list of your next trip!

Cuba is a treasure that tourists do not know 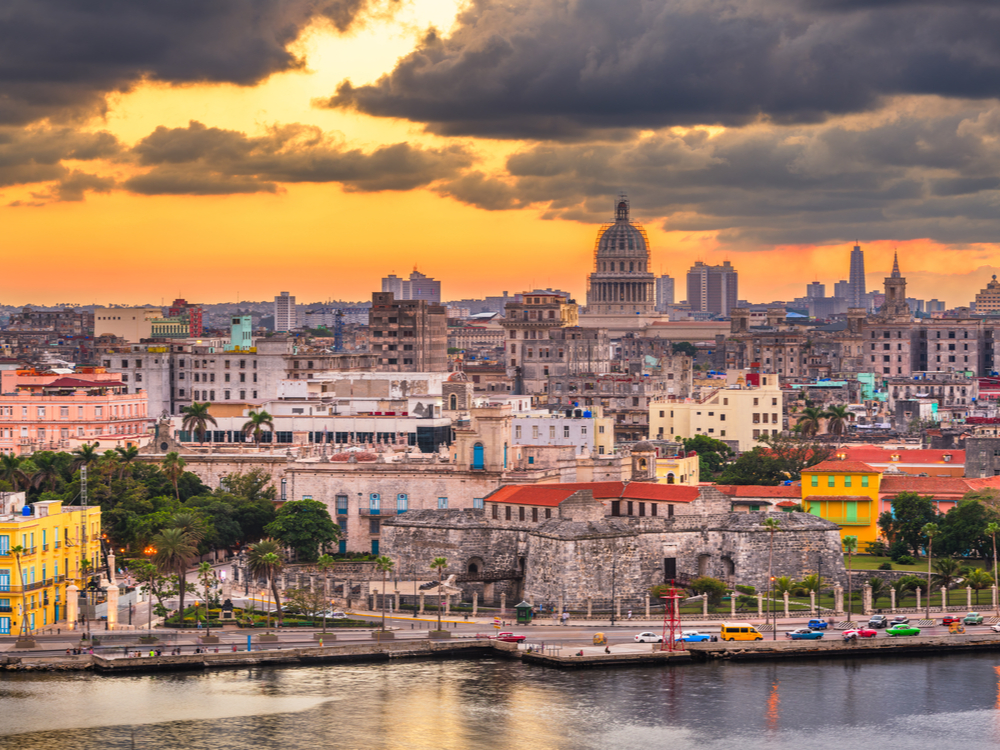 Cuba combines a rich history and landscapes, but for many years it has been unknown to tourists
Cuba has lived for many years isolated from the world due to the blockade that the United States of America imposed on it since 1960, which made it unknown to many tourists in the world, as many people have not had the opportunity to get to know the beauty of this wonderful country located in southern Florida, The Bahamas, western Haiti and North Jamaica.

The landscapes of Cuba 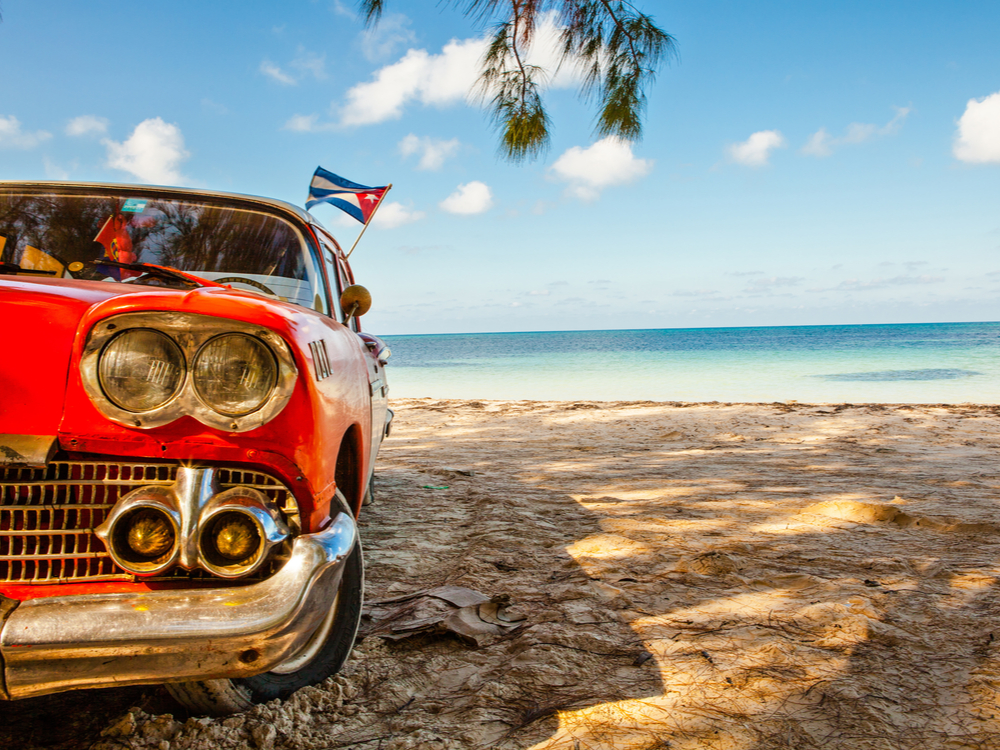 The terrain in Cuba varies between the wonderful mountains, plains and beaches
Cuba attracts approximately 3 million tourists annually because of its stunning natural landscapes, as its terrain varies between the amazing Sierra Maestra mountains and fertile plains filled with sugar cane in addition to the dense forests and wonderful beaches, making it a tourist destination suitable for all tastes and for all seasons where each chapter has its advantages in

This charming country combines culture, history and beautiful nature. The Nisho area is one of the most attractive tourist areas, as it contains wonderful waterfalls, rivers for swimming and recreation, and you can reach it within two hours from the Cienfuegos area.

You cannot spend your vacation in Cuba without going to the charming Faradio Beach
Your tourist trip to Cuba cannot pass without inviting your friends to the magnificent Cuban beaches, with clear waters and warm white sands. One of the most famous beaches and coastal resorts is Varadio Beach, which is the most popular beach in Cuba, where you can do many water sports. 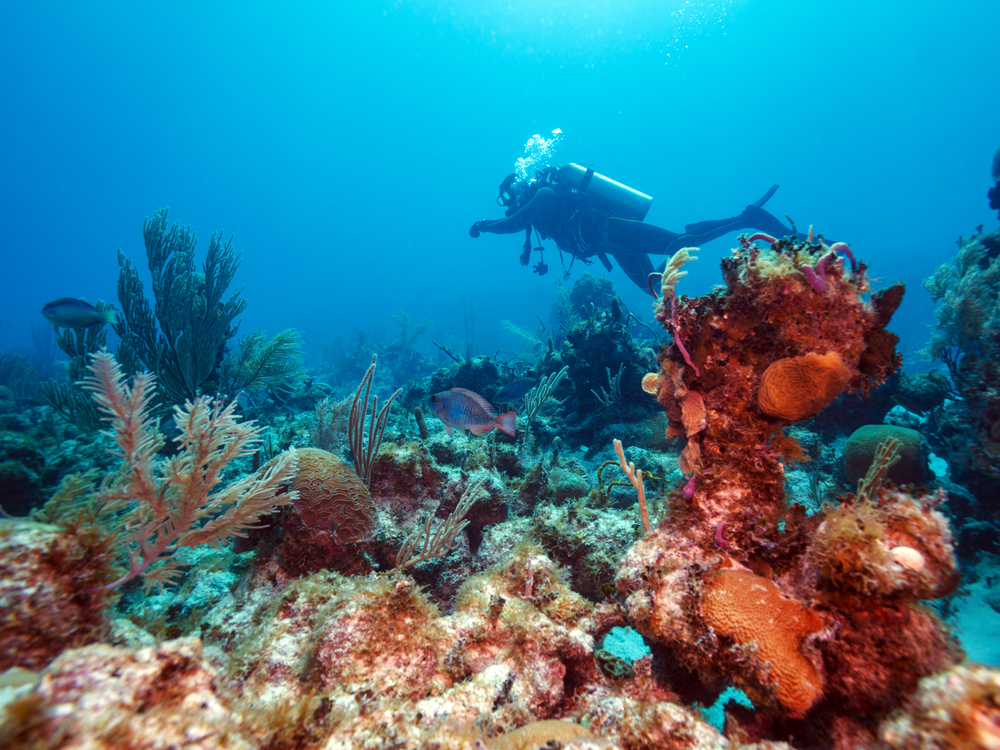 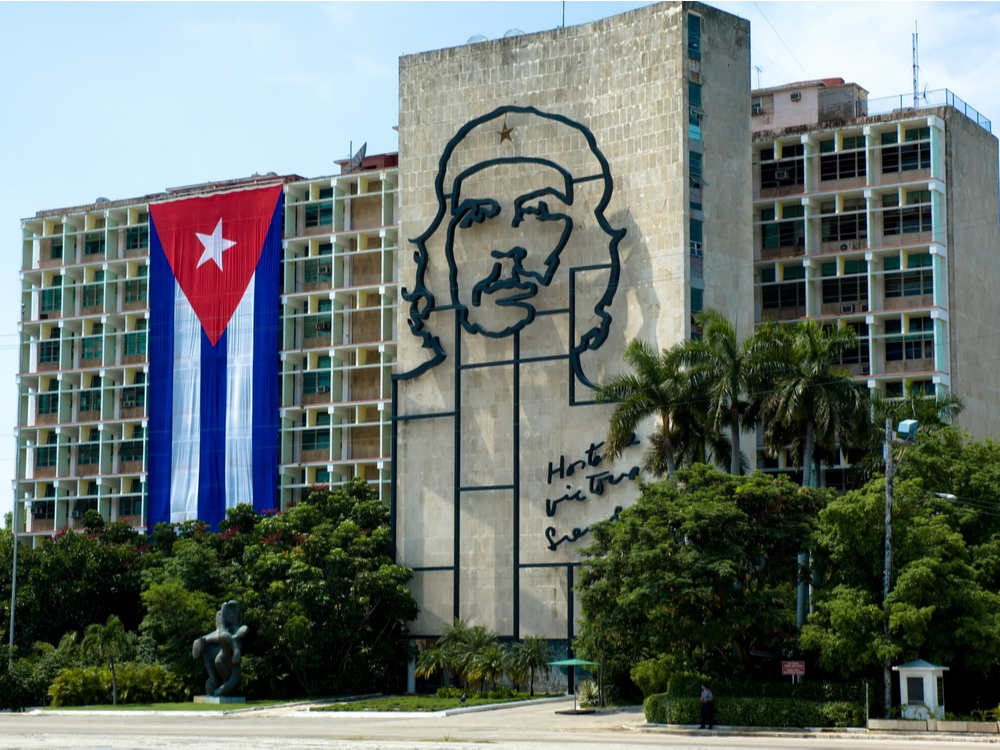 In 1492, Christophe Columbus discovered this isolated island in the Caribbean, after which the Spanish colonized it before Fidel Castro assumed power during the Cuban revolution in 1960.
Cuba has a long history that began when Christopher Columbus discovered this island in 1492, the arrival of the Spaniards, through the communist era, during the periods of Fidel Castro’s rule and the Cuban revolution. It is an ancient country that combines tradition and modernity and maintains many Spanish customs and traditions where you can notice this in the used language, in beautiful architecture, colorful buildings, and classic cars. 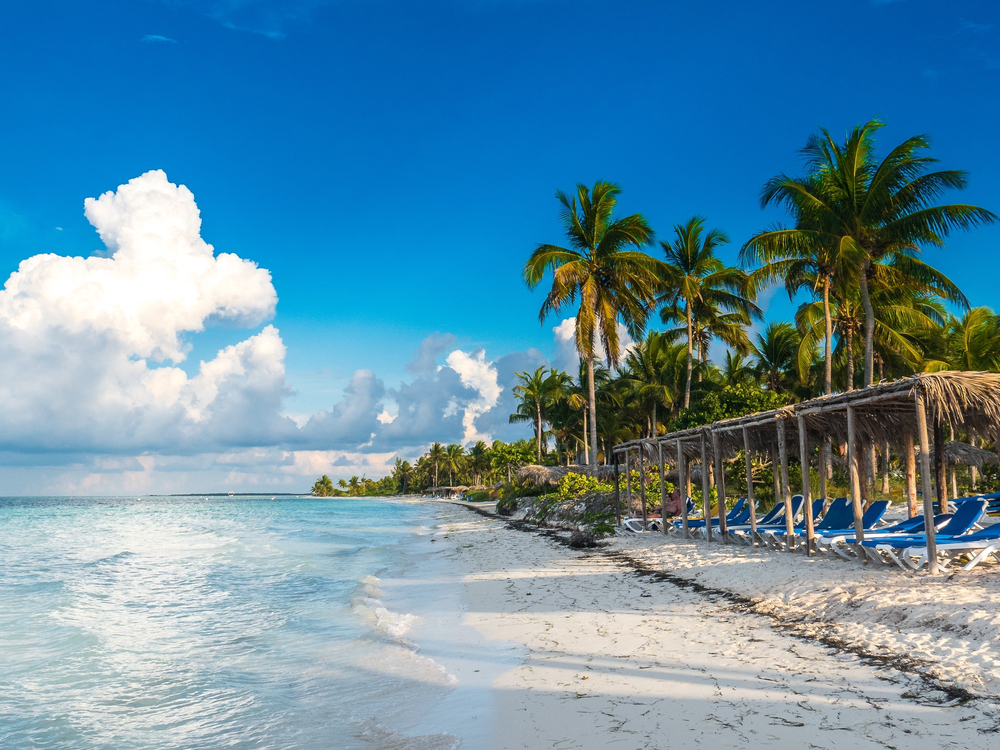 One of the best times to visit Cuba is between December and May
Average in Cuba in the month of January ranges from 21 degrees Celsius and in July 27 degrees Celsius. The period between December to May is considered the most appropriate time to visit as the weather is moderate due to the country being affected by the tropical climate and commercial winds coming from the northeast, but it is preferable to avoid a month September and October are highly weathered. 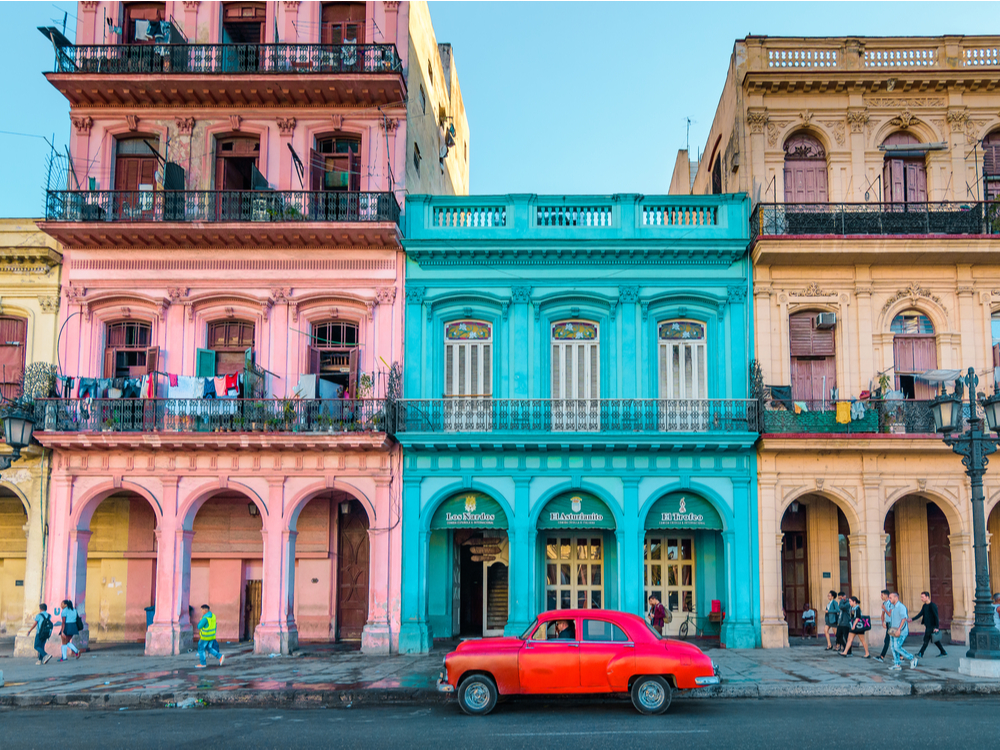 Cuba is a country that combines culture, art and history, which carries the fragrant Cuban revolution and the ancient Spanish heritage
The city of Havana is famous for being the cultural city of Cuba and its beating heart, as it accounts for the largest number of tourists annually due to its inclusion of many wonderful tourist attractions. Among them are public squares, castles, cultural places such as the National Museum of Art and the Arc de Triomphe which give a brief overview of the Cuban revolution that took place in the 1960s. 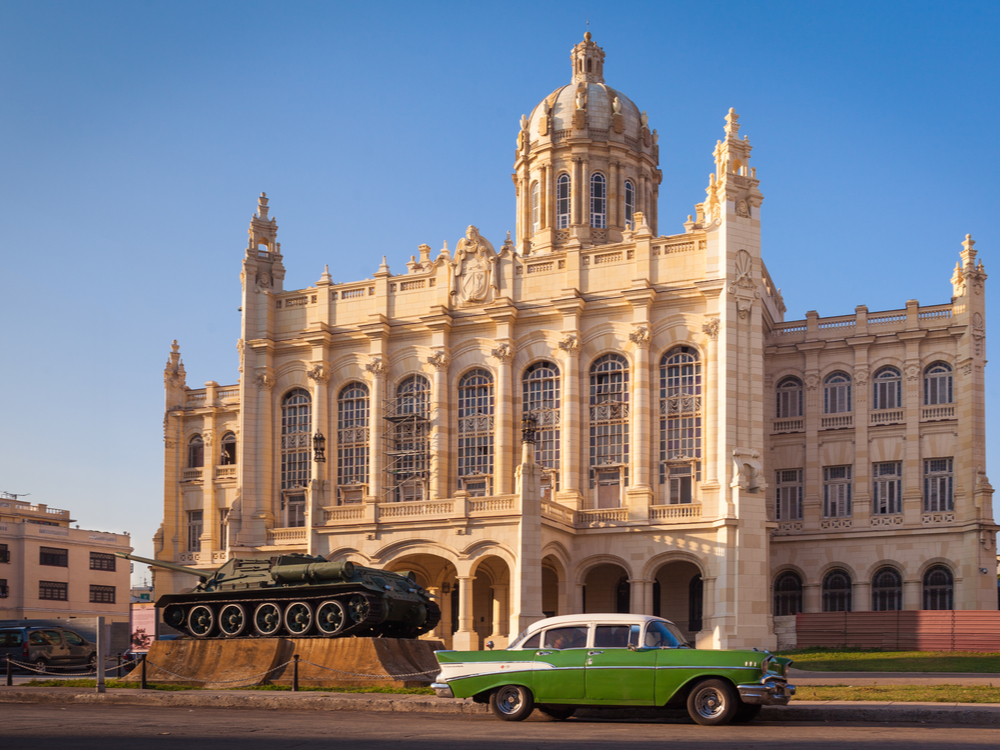 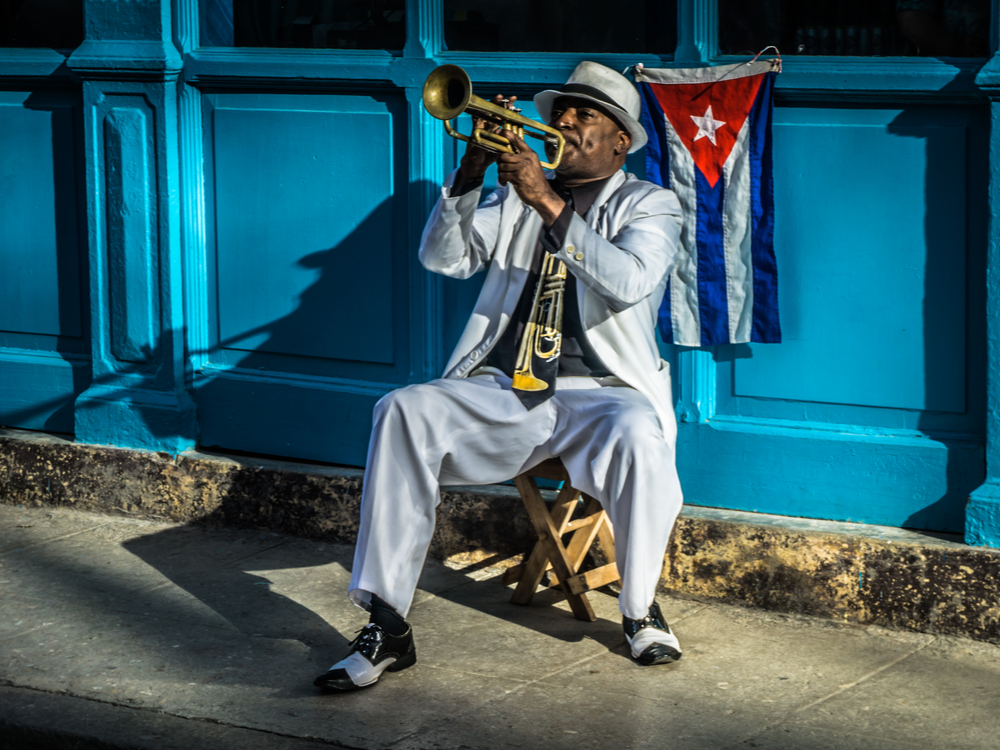 Friendly, loving life, music and dance
The Cuban people have a beautiful curiosity as they tend to initiate and ask where you can start the conversation smoothly and easily, as they love to introduce their culture and their country as well as get to know the visitors and regions coming from them. 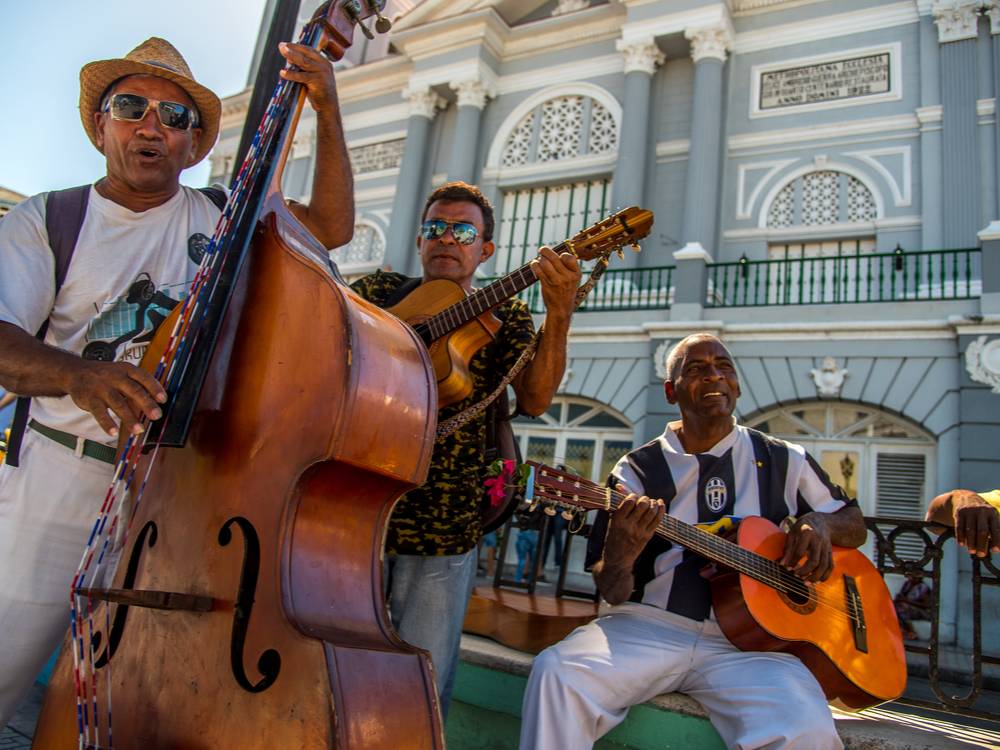 The corners of Cuba are not without music, playlists and dancers, as the Cuban people always love to party
Cuban people love music and dance in beautiful Latin songs, where you can find many street performers and many joyful concerts that give the streets of this country a lot of joy and joy.