London in the winter

What is the most beautiful city in the world

Places of entertainment in Kuwait

The trip to Indonesia 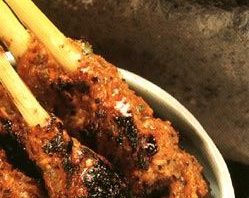 Indonesia is famous for many different tourism ingredients that make it one of the first tourist destinations that all tourists from all over the world prefer to visit, it is known for its charming nature and known for its various landmarks and that makes it one of the best tourist destinations as it also has a lot of different historical and urban landmarks that It makes it an important tourist point for all lovers and lovers of history, as there are also many different restaurants, which are known for their wonderful Indonesian food, which is also a large part of the tourism ingredients that characterize the country of Indonesia, as the Indonesian food is distinguished It is one of the foods that are characterized by a strong flavor, which is also characterized by the abundance of fish in these meals and the predominance of vegetables and fruits as well, which are cooked in an unusual way, but it is characterized by the lack of meat in its dishes usually, and it is worth noting that the Indonesian kitchen has been affected by the Chinese cuisine and Indian, Gulf and Arab cuisine, as well as Dutch cuisine, so we may find that every tourist who wants to visit this country can eat one meal of Indonesian meals and find himself fell in love and adoration of charming Indonesian food,
Also, Indonesian food, especially for local Indonesians, is an activity that it performs in its daily life, but it is fast and does not have a meeting or significance, as it is worth noting that Indonesian food begins with its early morning cooking and ends with its cooking at the end of the day Almost, the table is prepared from the beginning of the day, and for everyone who is hungry, he must prepare for himself food and eat, and the family members will not gather in one place only on the table except on official occasions or on the feast or in the event that there are guests for them, and we find that the Chinese cuisine lends It explains a lot and its effect on the Indonesian food, especially me Fried varieties that are fried by a giant steaming frying pan, and it is also worth noting that curry seasoning is one of the most famous spices in the country of Indonesia and that spice proves that many of the Indonesian meals and foods have Indian origin, as for the meat that is marinated and marinated And it is placed in skewers as it is called the sesame, which is considered similar to the kebab eaters in the Arab and Gulf region, and Indonesia has known this satiety meal through the Dutch colonies that it was doing in the ancient times during the Dutch occuAl Bahahn, but in our time it has Many methods and characteristics of the coat have been distinguished It is the one whose origins differ from all over the world to be a special taste and distinctive taste for Indonesian food, which is unique to the Indonesian country.
And it is considered that bananas, soybeans, rice and coconuts are the five pillars of Indonesian food, as it is impossible to find any Indonesian meal free of these items, or at least there is one of them in all Indonesian food, as it is not without the Indonesian food from these pillars. The five, and it is worth noting that the rice crop is considered the staple food for many tourist islands, the most important of which are Bali Island, Java Island and Sumatra Island, and it is also worth noting that rice is known to have many types of white rice, which is called In the name of Butte and there is sticky white rice Which is known as ketan boute, while black rice is called ketan hitam, and the distinctive type is red rice, which is known as mira, and coconut is considered one of the best that you can put on top of vegetables as it is used as a kind of spice and milk is used Coconut is in a lot of sweets as it helps in agility and beauty of the body, and you can put it with curry and coconut oil to make the best types of soup, as for bananas it is placed with a lot of items and foods as it is also used as a type of bread or It can be fried or boiled, and it can also be eaten as a kind of snack and it can be made Some women wrap their leaves around meat and vegetables and cook them together.

Read:The most beautiful and cheap hotels in Puncak .. amid the pleasant nature of Indonesia
Previous post

Tour inside the Jakarta Maritime Museum

The most beautiful in Indonesia

What is the capital of the state of Indonesia

How many islands in Indonesia

Dubai .. The vibrant city blends in with culture, art and entertainment

The best 7 activities in the Thursday bazaar in Istanbul