The trip to London is not complete without visiting one of its many museums and galleries, and it can be said that the British Museum is the best museum in the world.

A copy of the Holy Quran

The date of writing this copy dates back to approximately 750-7800 AD, and the Qur’an was copied in this manner, most likely in Mecca or Medina, and it is among the first existing copies, and this copy is written in the pen (the reed pen) in the form of One of the forms of Arabic writing known as the Hijazi A with a sloping shape, due to the clear tendency to the right, and it is one of a number of texts that were developed in the early Islamic period to copy the Qur’an. This version includes a number of verses from the image of Taha. 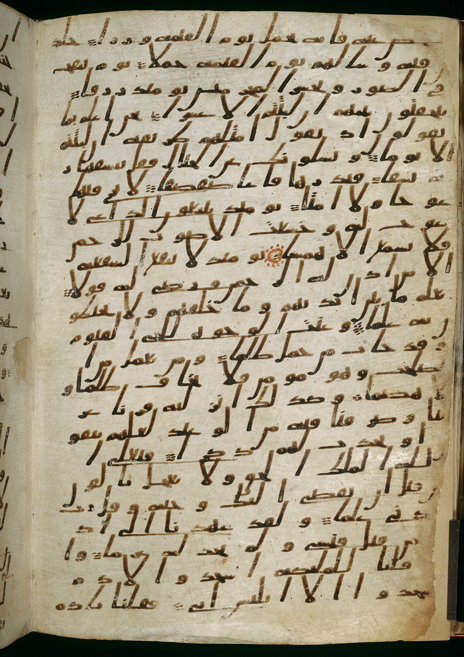 A picture of Jerusalem

It is from the Nasir Muhammad al-Khalili group of Islamic art, and for Muslims, Jerusalem is the third holy city after Mecca and Medina, and it was a kiss for Muslims in Jerusalem at the beginning, and this painting shows the two holy mosques in Jerusalem, which are the Al-Aqsa Mosque at the top and The Dome of the Rock below, and the footprints are a reference to “the journey of the Isra and the Mi’raj”, when the Prophet, who rode his bright horse, ascended to the (Al-Aqsa Mosque) and ascended from it to the sky, and to the left of the plaque, the scales upon which a person’s actions will be weighed On the Day of Resurrection, the red ribbon above represents the narrow path that divides Heaven and Hell or with it The most accurate path, which every soul must pass through on the Day of Resurrection. 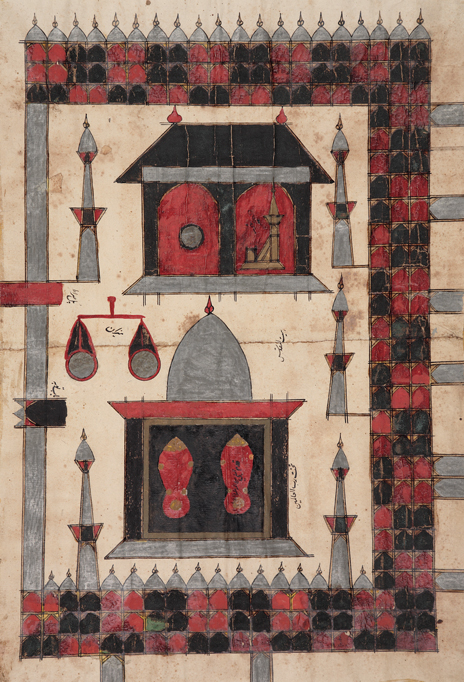 This machine was used to find the qibla towards Mecca, as this tool was used in the past to know the time of the afternoon prayer, and there are 72 sectors that contain the names of cities and regions in the Islamic world around the edge, and the only city in the red region is Constantinople, which is a line The width in which this instrument was built, however, can be used from any of the sites listed around the rim. The compass allows the paste to align north to south, and to determine the direction of the Kaaba, and was designed in the era of the Ottoman Empire.

The astrolabe is used to know the time and determine the correct time for the five prayers, by providing a two-dimensional map of the heavens, and some types of astrolabes also indicate the direction of the prayer (the qibla), and this important example contains stereoscopic designs that represent constellations in front and back, and gives a name The artist who made it, Abdel Karim Al Masry, is known through other signed astrolabes, and notes that this instrument is an early example of the “royal” astrolabe. 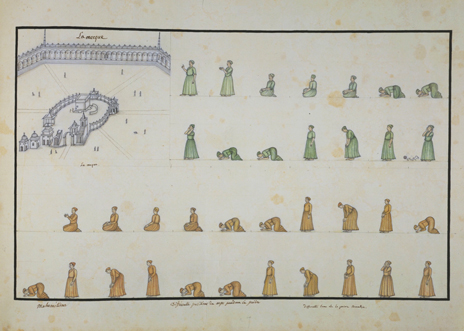 This water painting belongs to a kind of well-known painting, which was produced by European Indian artists, who live in the Indian subcontinent, and the artist shows the various positions adopted by Muslims during the ritual of prayer, and the believers wear Mughals and face the sanctuary in Mecca, which is part of Album commissioned by the French infantry colonel, Jean-Baptiste Joseph Gentil (1726-1799).