Where do I go in Kuala Lumpur

General information about tourism in Egypt

10 cities with a characteristic that distinguishes them from others

What is Britain famous for?

The field of design and architecture enriched the urban landscape of buildings in the world. Engineers have mastered many wonderful and unconventional designs and are competing with each other to create buildings that defy the foundations of engineering. Below we mention some of the strangest buildings around the world. 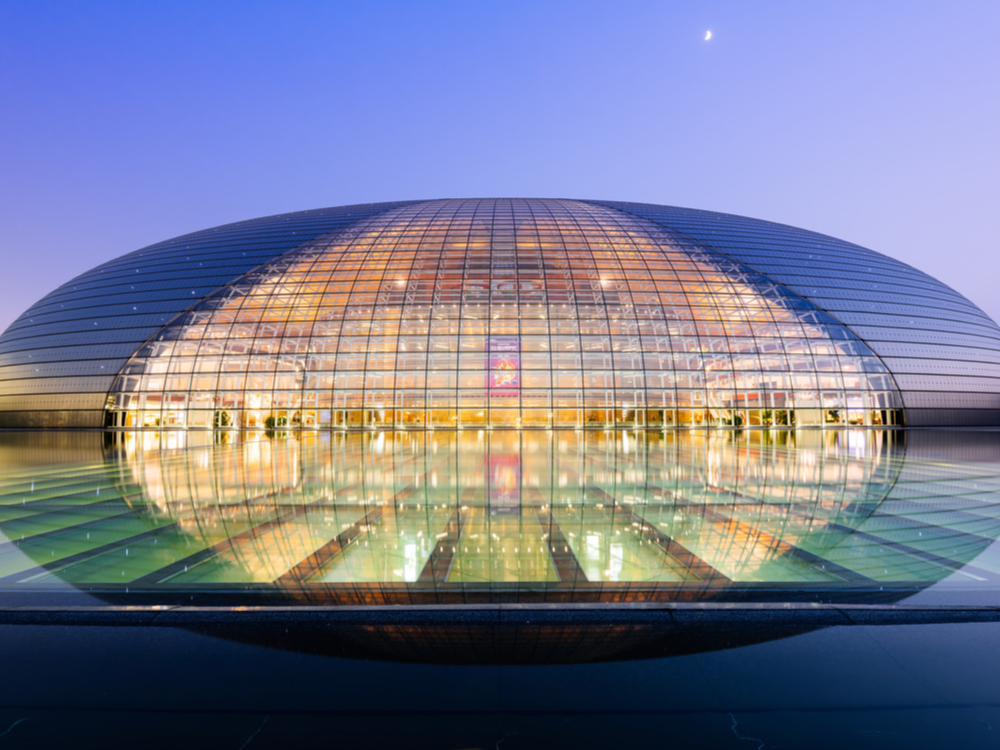 The National Center for the Performing Arts is called a giant egg, because the building is a semicircular dome made of titanium and glass. The building is surrounded by an artificial lake that gives aesthetic appeal to the center. The building has a capacity of 5,452 seats divided between 3 halls. The national center was designed by French engineer Paul Andrew and took six years to build. 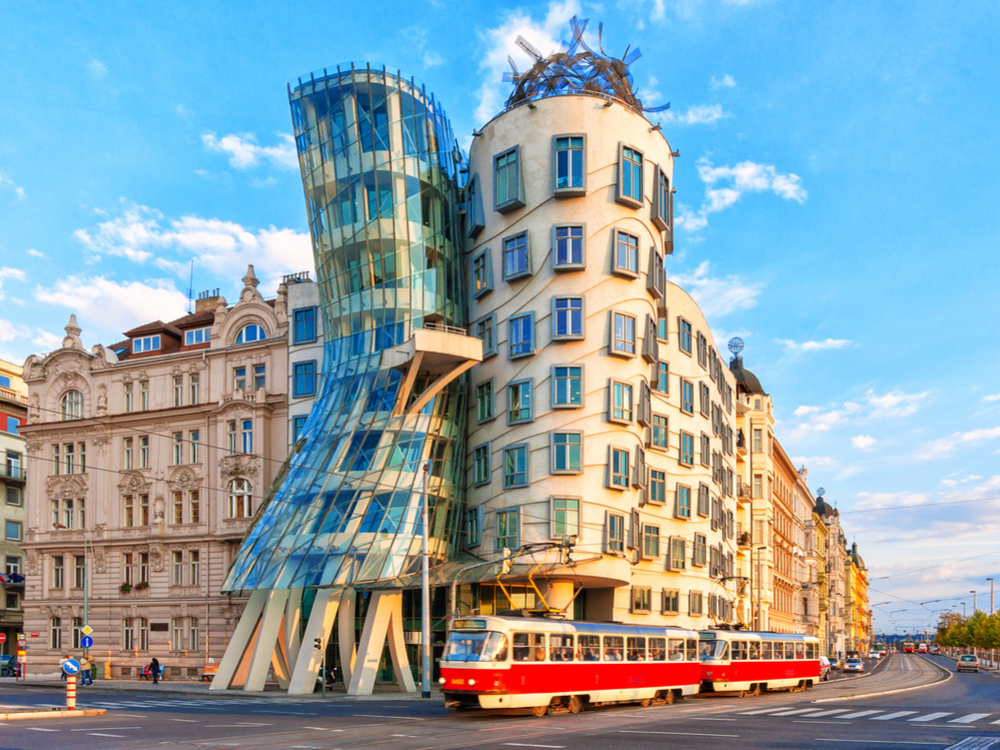 The National Building is nicknamed the “Dancing Building” due to its swaying shape and is located in Prague, Czech Republic. The building was designed by Vlado Millionic in cooperation with Frank Gehry. This stunning building has become a symbol of Prague, with thousands of tourists visiting it every year. 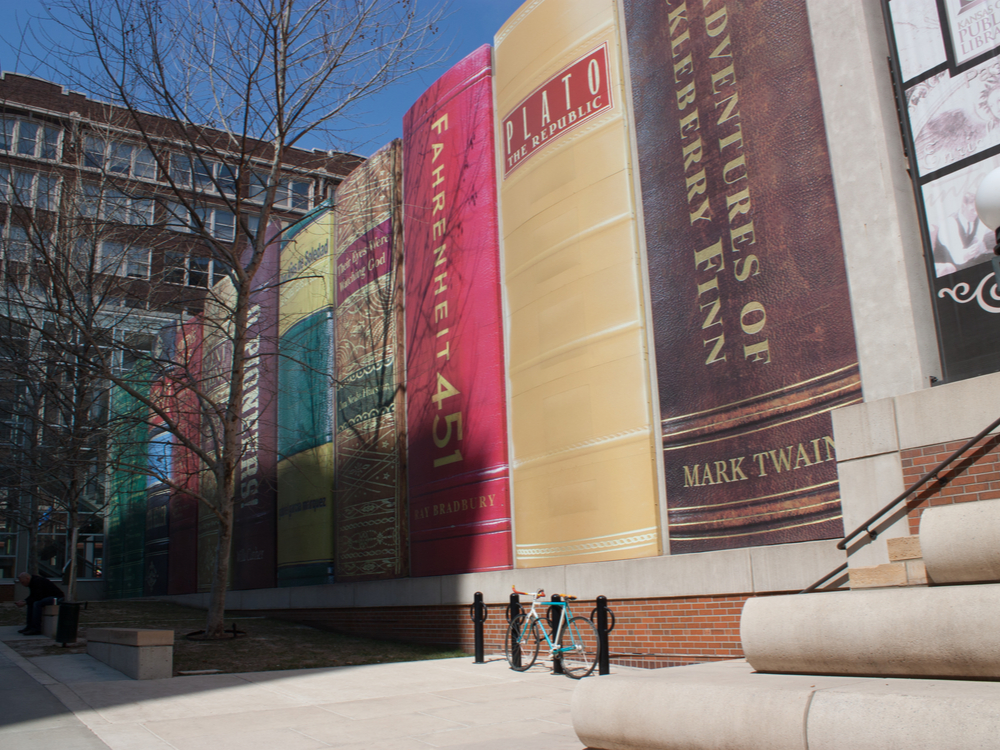 The Kansas City Public Library is located in the state of Missouri, USA, and it is considered one of the most important pioneering projects that have been established in the city, and the library is very important for its great cultural content. It is worth noting that Kansas City residents participated in the selection of books that decorate the facades of the building.

Read:What Is The Capital Of Palestine 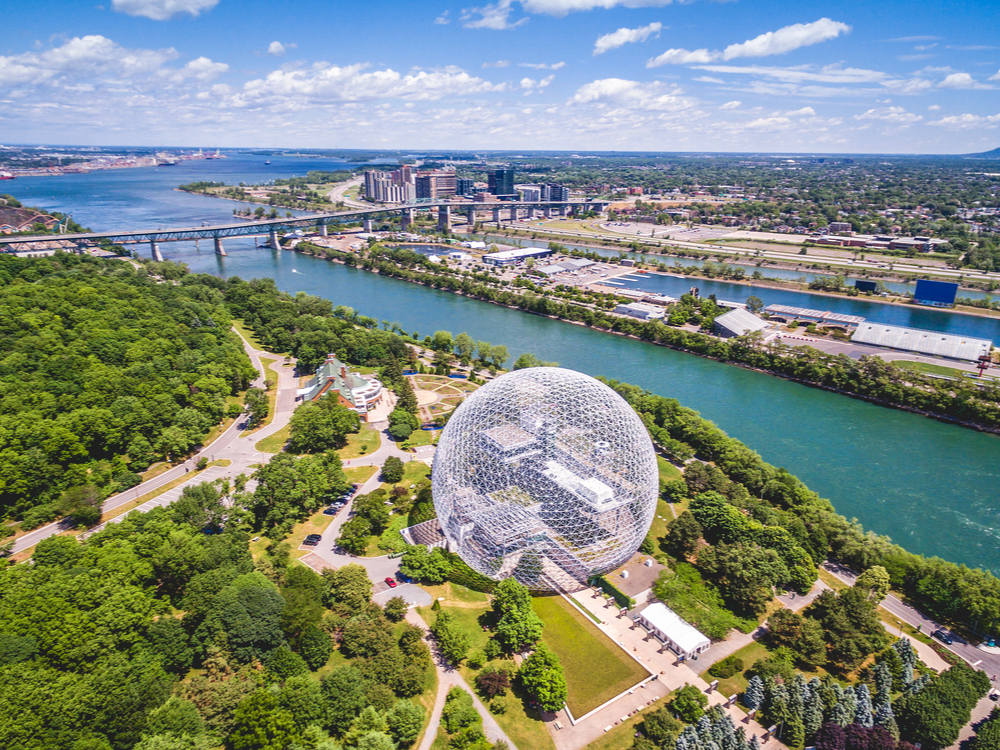 Montreal Biosphere, which takes care of everything that is environmental and natural, was built in 1967 in John Drappo’s Park on St. Helens Island, in the former pavilion of the United States at World Expo 67. The dome was clearly visible in the TV series “Battlestar Galactica”. Scenes from science fiction movie “Quintet” by Robert Altman were also filmed on this site.

5- House of the Rock, Portugal 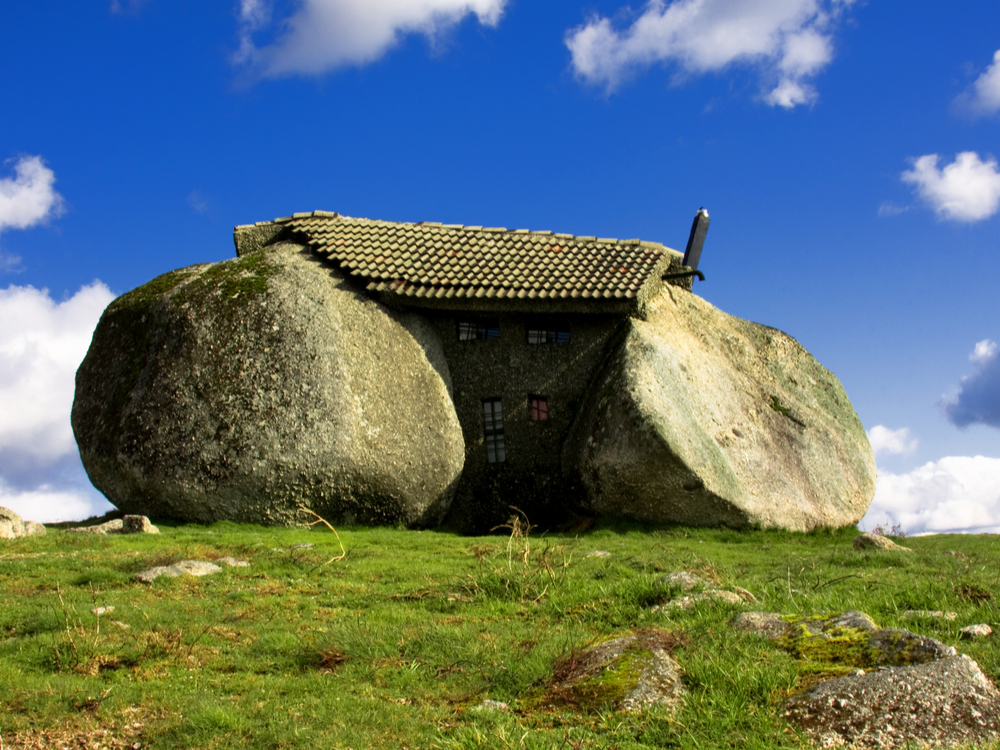 The Casa de Pinedo building is located in northern Portugal, nicknamed the Rock House, where it was constructed between two giant stones connected by concrete. The building was inspired by the famous American cartoon “Flintstones”. It seems to everyone who visited the building that it was built during prehistoric times. 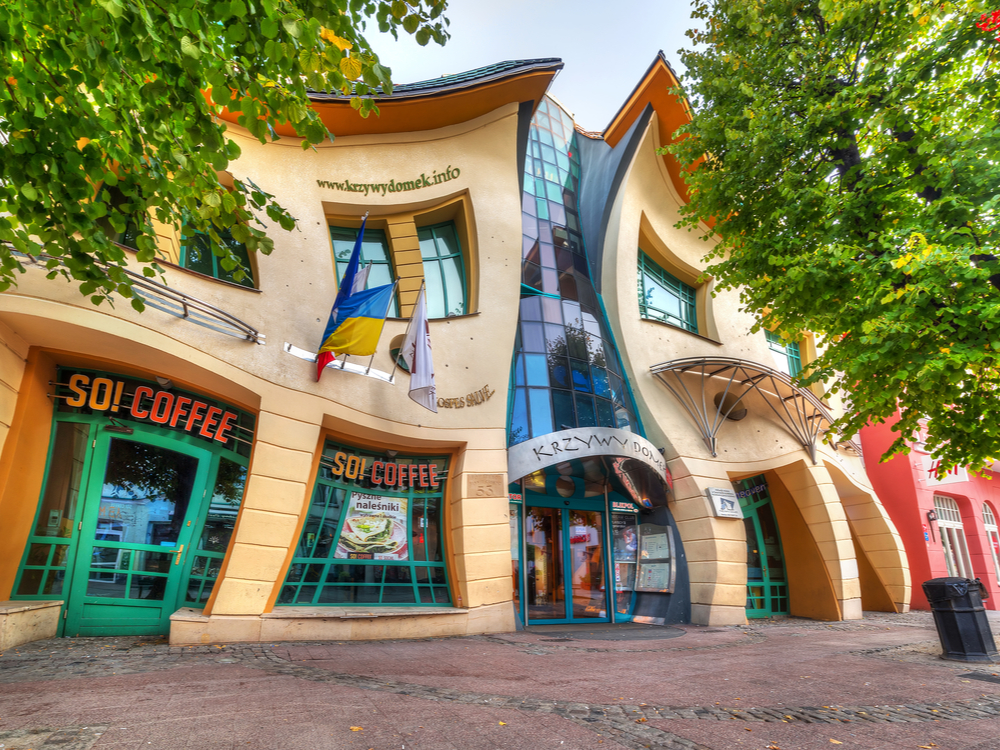 The Kievi Domek building is nicknamed the retorted house and is located in Zobot, Poland. The house was built in 2004 and is part of the Resident Mall. The house was designed by engineers Zotensi and Zaleski, and it is known all over the world. 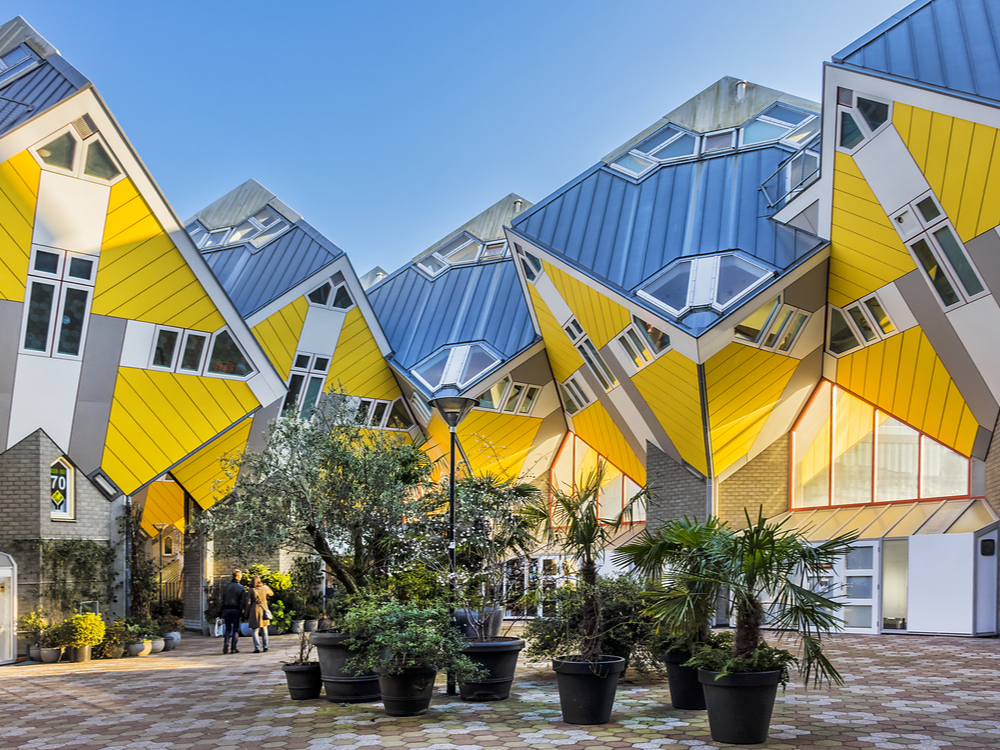 The cubic houses are located in the city of Rotterdam, the Netherlands, designed by the architect Pete Bloom, which are 38 small cubes with different angles on each other and raised on hexagonal columns.

Read:The largest bridge in the world 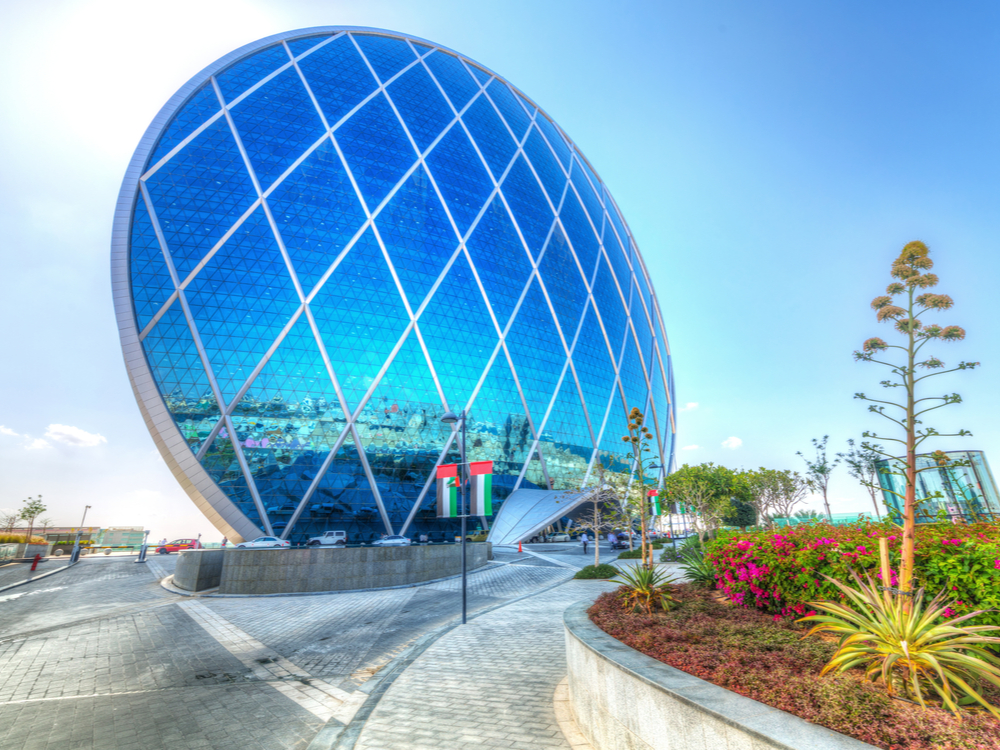 The Aldar Building is the first circular building in the Arabian Peninsula region and is located in the Emirati capital Abu Dhabi. He won the title of “Best Modern Design” at the Building Exchange Conference that took place in Spain in 2008. The Aldar building, which is the headquarters of Aldar Properties, is overlooking the sea and the city of Abu Dhabi, and its 23 floors rise to about 110 meters. In addition to its engineering design, the building is distinguished by its combination of high international building standards and contemporary Islamic designs at the entrance to welcome visitors. 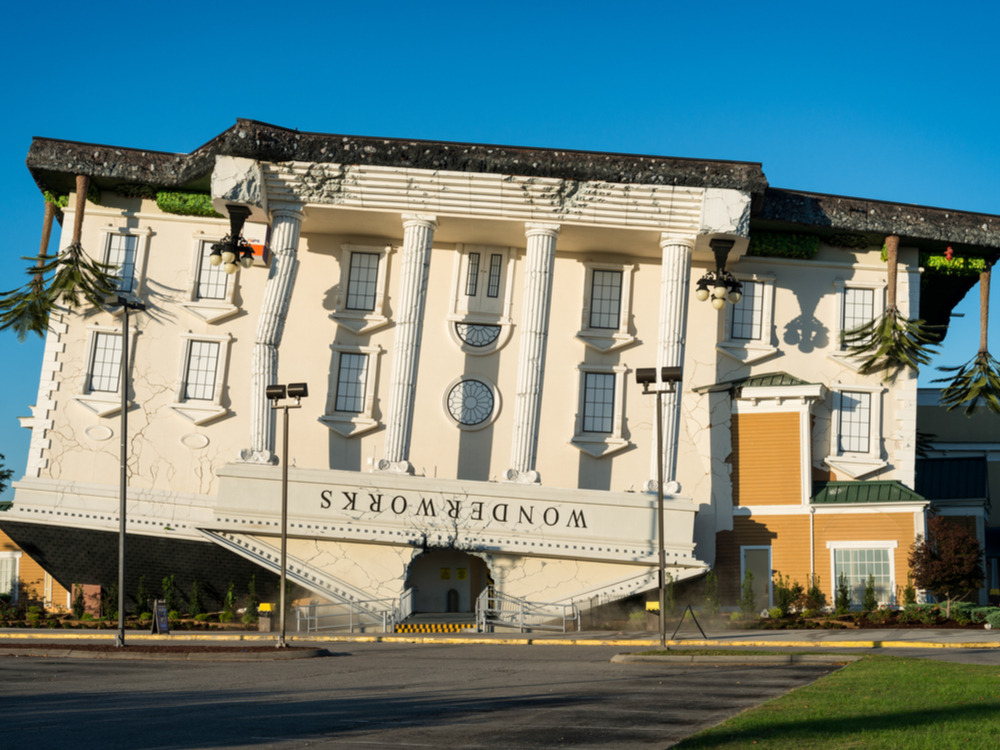 Wonderworks is a technology and science entertainment hub located in five regions of the United States of America. The building above is located in Tennessee. The buildings were designed as if they were pulled off the ground by strong winds, and were thrown on their heads. 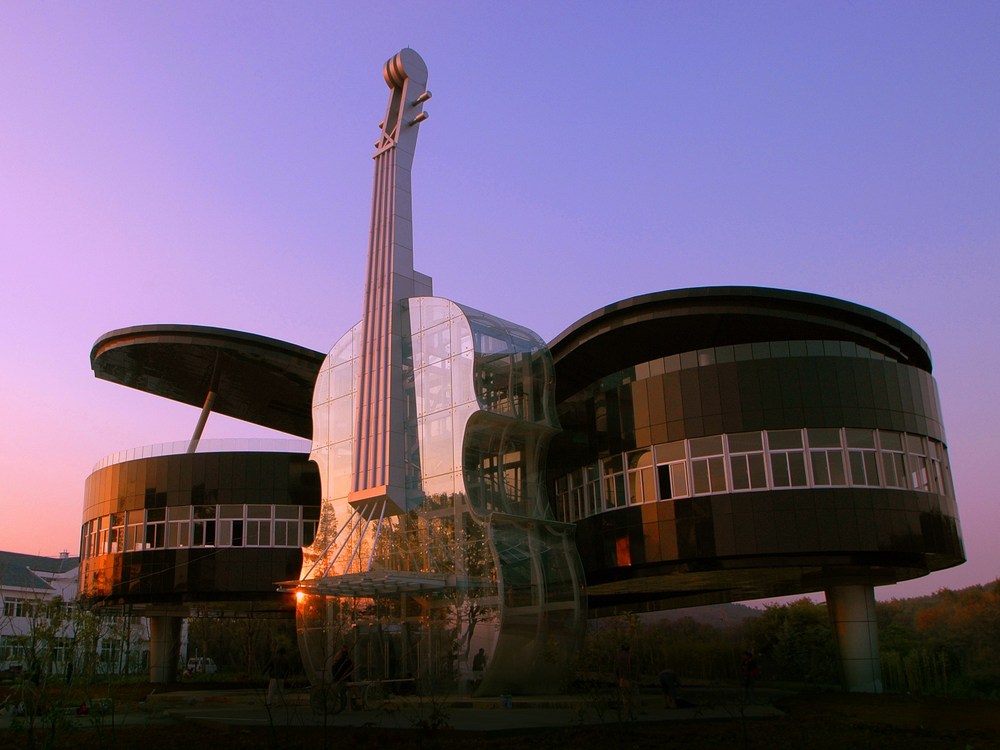 The building is located in Huainan City, PR China. It is a transparent violin that includes escalators and a staircase that connects the violin to the main piano. Because of its unique shape it has become a popular tourist place so the locals call it “the most romantic building in China”.

List of tours in Bali for those on a budget

Report on the Pestana Hotel Casablanca

What is South Korea famous for?

The most famous mosques in Malaysia

How far is the Maldives from Malaysia