Jeddah is characterized by a wonderful geographical location, as it is located in the west of the Kingdom of Saudi Arabia on the coasts of the Red Sea and is considered one of the most beautiful cities in the Arabian Gulf as it has a picturesque nature and ancient monuments witnessing the rich history of the region. It contrasts with tall towers and skyscrapers, designed in a modern and elegant style. The following are the most beautiful tourist places in Jeddah for families: 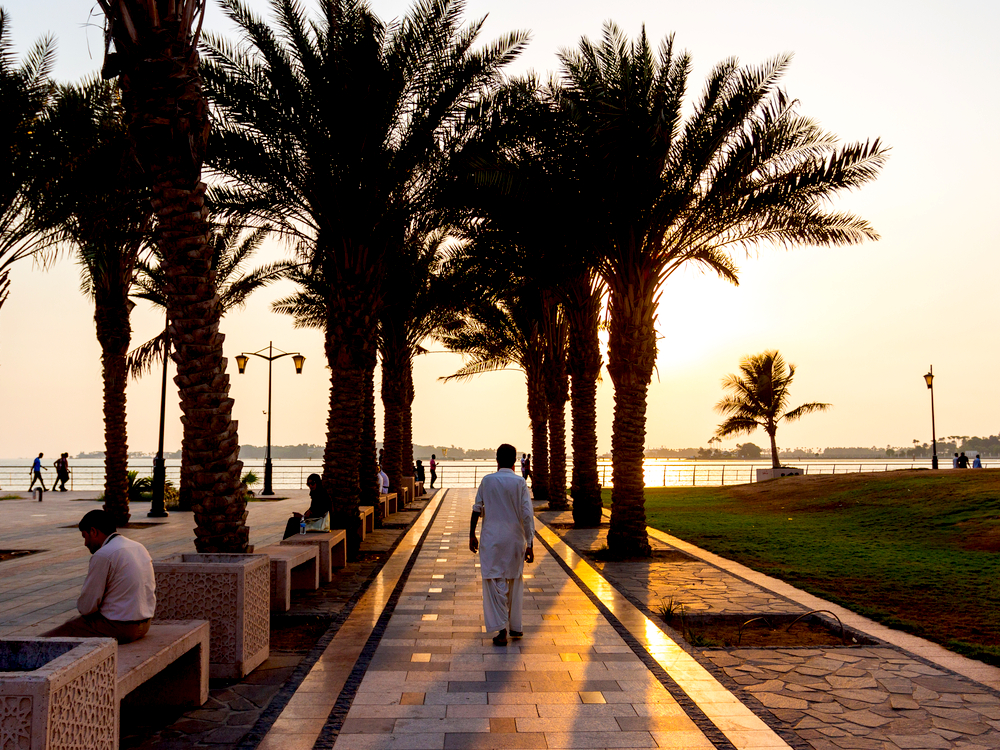 The Jeddah Corniche is among the most beautiful tourist places in the city, providing visitors with wonderful views of the Red Sea, especially at sunrise and sunset. Also near the corniche there is a street dedicated to shopping, as well as a group of cafes and restaurants that offer the best local and international food and sweets, and families can also go to the children’s area, where they have wonderful games suitable for all family members.

Al Sheraa Island is located on the Corniche of Jeddah, which is an artificial island that organizes many recreational and educational activities for children. The island was called this name in relation to the large sails that are used as umbrellas to prevent the burning sun. The island has art galleries, swimming pools, water parks, restaurants, cafes and chalets for families, and it is ideal for all family members, especially children.

The Jungle Land Tourist Village is located in the north of Jeddah and is considered the first of its kind in the region. It opened its doors in 1999, and Jungle Land is considered one of the best tourist places in the city because it has many recreational facilities and ideal amusement parks for all family members, especially children. There is also a wonderful group of restaurants and cafes, and the tourist village is characterized by its unique African character in the region. 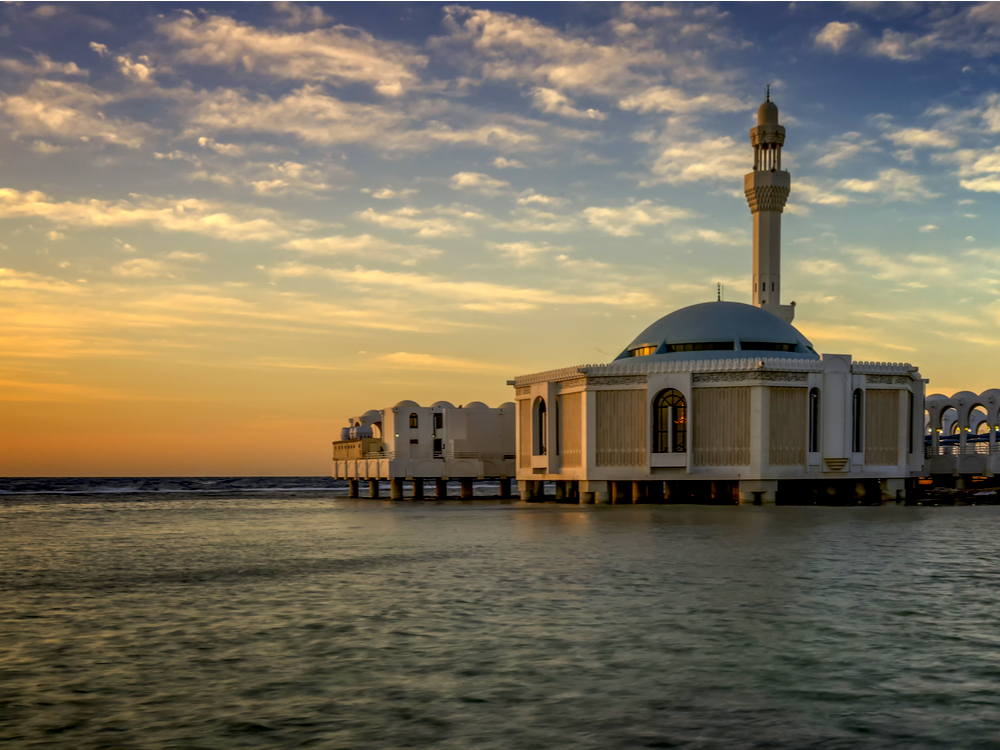 The floating mosque or Mercy Mosque is located on the coast of the Red Sea in Jeddah and was built in 1985 and thus is considered the first mosque built on the surface of the sea and visited by thousands of tourists and pilgrims annually. Surrounding the mosque on each side.

Ice Land Park is located in Al-Zahraa district in Jeddah and is considered one of the most beautiful tourist attractions and ideal recreational places for families in the region as it contains a wonderful set of games such as an electronic games hall, an ice skating hall and a bowling hall and halls Billiards and a football field, as well as many restaurants, cafes and shops designated for shopping.

The Aqua Park is located north of Jeddah city towards Madinah Road, and it is considered one of the ideal places to spend the best times with the family because it has a wonderful water park for adults and children, and Aqua Park also includes many restaurants and cafes for families that provide visitors with the most delicious Arab and international dishes. 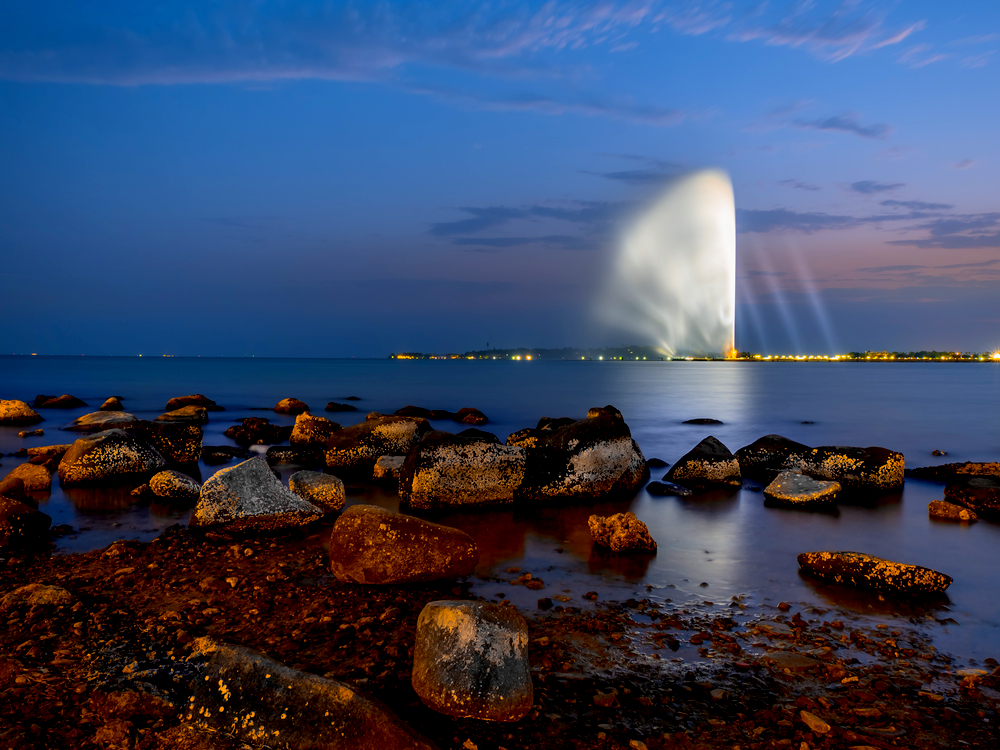 King Fahd Fountain is located on the Red Sea coast, off Jeddah Corniche. It was established in 1980 and took 3 years to build. It is considered the longest fountain in the world with a height of more than 800 feet. It is among the most beautiful places in Jeddah that families enjoy visiting, especially at sunset, as they are illuminated with wonderful colors and lights.

Beit Naseef is one of the archaeological sites and important historical sites and famous in the city of Jeddah, where it dates back more than seven hundred years, and this building has received many important historical events for the region where the founder of the Kingdom of Saudi Arabia visited King Abdulaziz Al Saud, may God have mercy on him. Nassif House features a distinctive and distinctive architectural design that combines old architecture and modern engineering designs.

Faqih Aquarium is located on the Jeddah Corniche and is among the best amusement parks in the country Where visitors learn about marine life and fish in the Red Sea, and the Aquarium offers great offers for dolphins and allows children to see large fish in the corridor and underwater glass rooms.

count Historic Jeddah is one of the most beautiful archaeological sites in the Kingdom of Saudi Arabia, where most of the old buildings are made of limestone and are adorned with wonderful sculptures on their windows and doors. The Old City includes four lanes, which are Al-Mazloum, Al-Sham, Yemen, and the Sea. It also has a large collection of ancient mosques, such as the Othman Bin Affan Mosque and the Al-Basha Mosque, in addition to other monuments that testify to the history of the region. In the old town, there are some traditional markets in which various goods are sold, such as gold and silver, and the finest spices, oils and incense.

Tourism in Europe – top 10 destinations to visit in Europe in 2020!