The most important tourist attractions in the North Italian 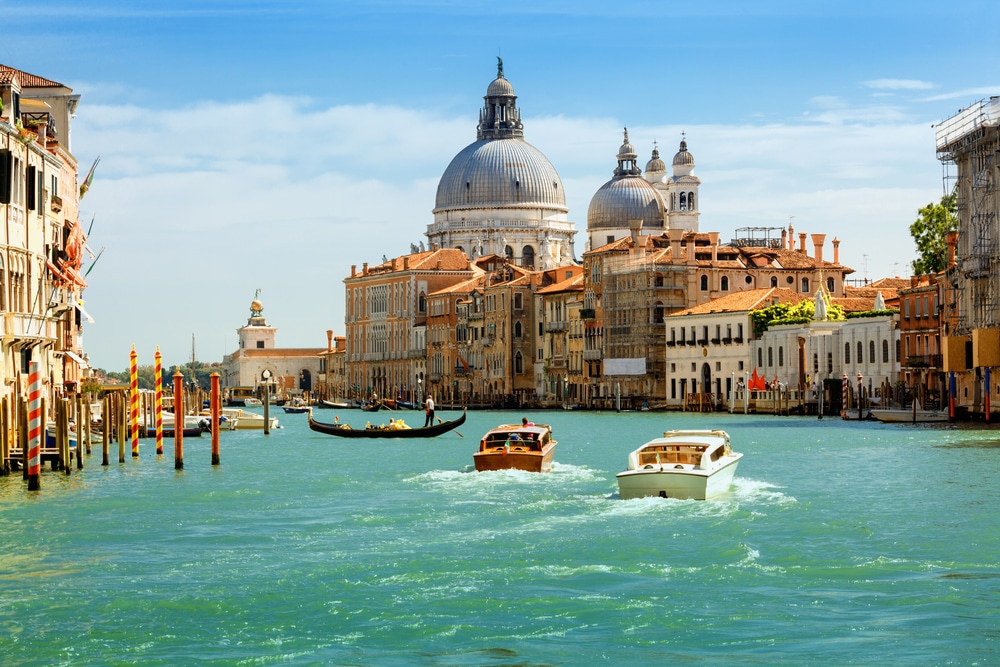 For an emerging tourist, this region of Italy is spread simply with the historical cities that are waiting to be explored, and in the far north you can explore the Alps, experience skiing and visit some wonderful mountain towns, and on the east coast you can visit the charming city of Venice or the historic port of Trieste, moreover in the regions Central from northern Italy, you have many wonderful and large cities such as Milan, Turin and Bologna which includes countless interesting sites and attractions, given the varied landscape of regions, rich history and a large number of beautiful cities, here Something to suit everyone’s tastes, let’s take a look at the best places to visit in Northern Italy:

Milan is one of the largest cities in Italy and is famous for its culture, history and economy as well as a large number of high-end shopping outlets. This vast city is characterized by some luxurious architecture and an infinite set of historical buildings that played an important role in the formation of Italy, and prominent sites include the Duomo Gothic cathedral that does not Incredible with its intricate façade and stunning glass windows, the Sforzesco epic castle with its vast grounds and gardens, the interesting Da Vinci Museum of Science and Technology, and the luxurious Galleria Vittorio Emanuele II Museum, this city has something for everyone from shopping to m Treaty monuments and museums.

Venice is known as one of the most romantic cities in the world, and it is easy to know the reason when walking through its streets and narrow cobbled canals. Venice is located in the Venetian lake, an island city consisting of hundreds of individual islands that are all joined by a network of canals and bridges, and “ The Grand Canal ”central is a great location and the buildings that line it seem simply beautiful, moreover, St. Mark’s Square is an absolute must-see with the opulent cathedral, massive bell tower, and swarms of pigeons.

Despite being an economic center and one of the main industrial centers in Italy, Turin still retains much of its history and charm and has a huge number of sites and attractions, and Turin is located in the western part of northern Italy, and was once the capital of the country and was always a cultural stronghold And economically important, today you can see some amazing sites like the cute Palazzo Reale, Palazzo Madama, the giant and authoritarian Mole Antonelliana, in addition to that make sure to take a trip to the wonderful Egyptian Museum of Turin and see the face of Jesus in the legendary Turin Shroud.

Bologna is one of the largest cities in Italy and it is the capital of the Emilia Romagna region, and this city has a strong economic presence in the manufacturing and financial industries and is also a major center for transportation, and in terms of tourism Bologna is known as the city of towers due to the abundance of tall historical buildings, the Bologna and Torre Prendiparte oblique towers For example, they are wonderful and beautiful structures dominating the city skyline, in addition to the towers Bologna also includes some wonderful buildings and religious buildings and the Cathedral “San Petronio”.

Genoa is a wonderful city located on the southern coast of northern Italy on the Ligurian Sea as the sixth largest city in the country, and as a major port Genoa has great importance for the country’s economy and has always played a prominent role in the history of Italy, and the walls of Genoa were once vast and Porta Soprana is one of The remaining gates of this castle were impenetrable, and in the city center you can enjoy some beautiful architecture in public places like Piazza Ferrari, moreover the Aquarium and Maritime Museum are great for those who want to learn about marine life and The history of the port of Genoa.

This northern city is located between Bologna and Milan and is famous for its beautiful Prosciutto Ham varieties, and given the long history of cities and their participation with various factions and wars over the years, it has a collection of wonderful structures of beautiful Piazzas and interesting museums, and the Cathedral of Parma is one of the finest Roman structures in Italy and neighboring baptism Equally rich, this city also contains many magnificent theaters like Teatro Farnese and Teatro Regio which provide the perfect place to see the show, also consider visiting the National Gallery which contains a huge group of individuals including humiliation K. Da Vinci and Van Dyck.

List of the best beaches in Dammam for swimming and recreation