Greece is one of the most popular tourist destinations in the world, it contains more than 60 inhabited islands, historical areas extending up to 4 thousand years old, idyllic and romantic beaches, high mountain ranges, and also has a large group of tourist attractions that must be explored . 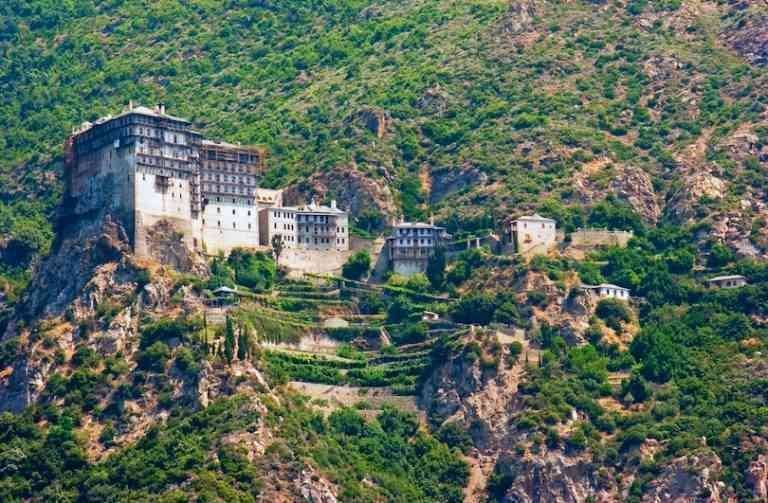 Mount Athos Mount Athos is a mountain but also a peninsula in northern Greece. This mountain is called the "Holy Mountain", and it is also a recognized artistic site that prohibits children and women from entering it, and it is the Orthodox spiritual center since 1045. This mountain has an independent system of government since the Byzantine era. 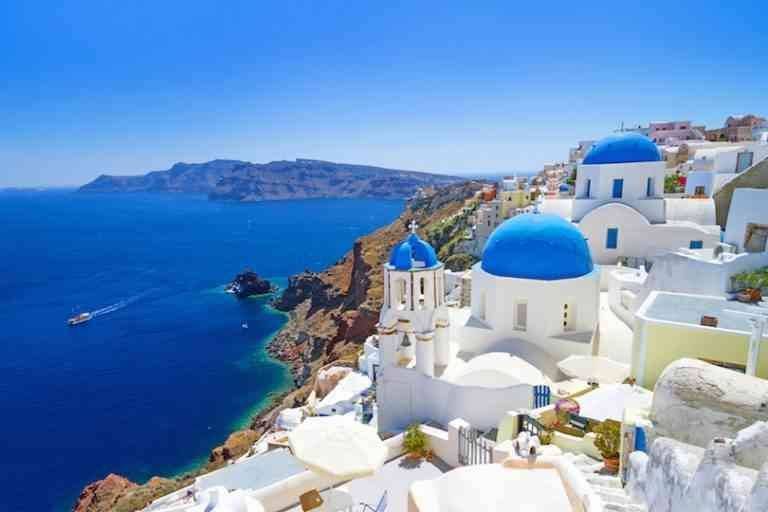 Santorini Island - Santorini Island is a volcanic island in the Cyclades group of Greek islands. This island is famous for its dramatic scenery, amazing sunset, and very active volcanoes. "Vera", the capital of Santorini, is a mixture of Cycladic architecture, cobbled white streets, shops, hotels, and cafes. 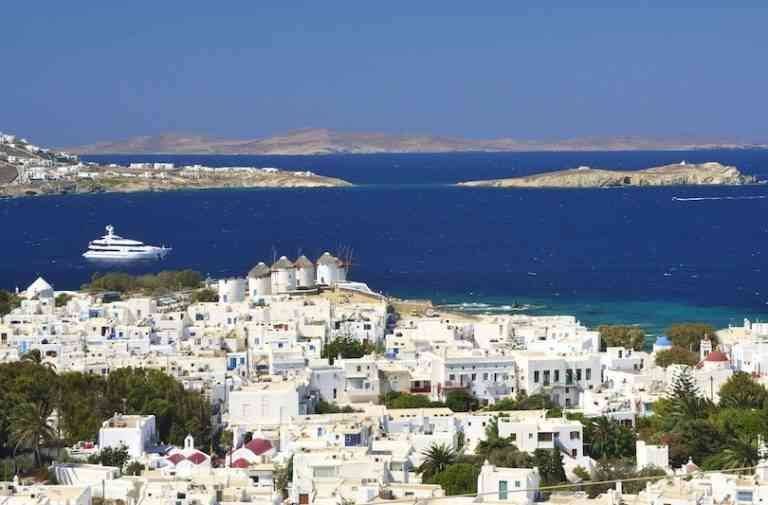 Mykonos - Mykonos Mykonos is famous as a global destination among the widely recognized Greek islands, as one of the best tourist attractions in Greece. Mykonos Town (Chora) is famous for its maze of small streets and sandy beaches. 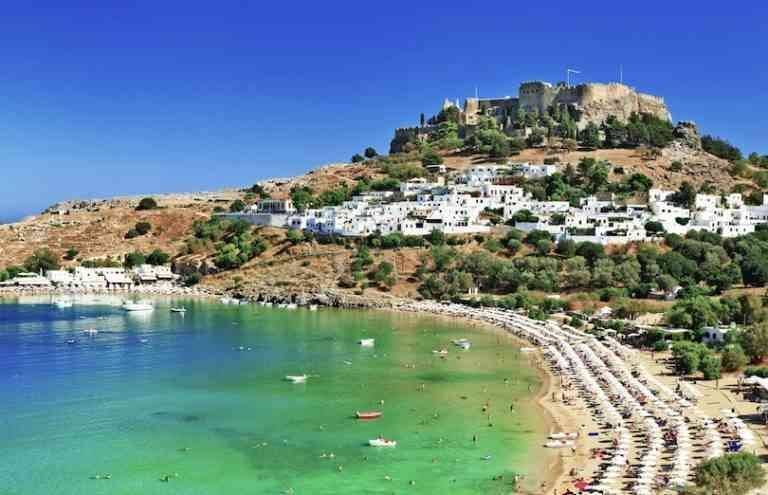 Lindos - Lindoslindos is an archaeological site and a medieval village on the island of "Rhodes", which consists of a group of cobbled streets amid white houses. Lindos is located in a large bay, opposite the fishing village and the small Sharaki Resort. 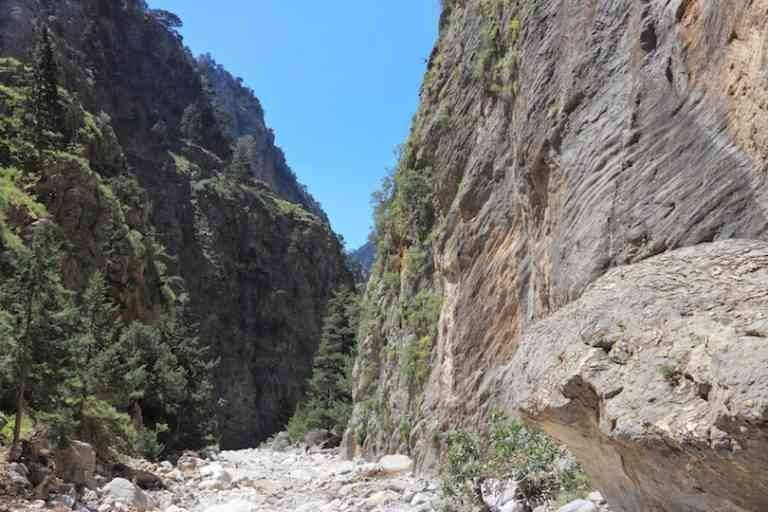 The Samaria Gorge - Samaria Strait The Samaria Strait is located in the southwest of Crete, extends for a length of 16 km and begins at an altitude of 1,250 m at the northern entrance, and ends at the banks of the Libyan sea. Walking in this strait is a very well-known thing, and this is what a quarter of a million tourists do annually when they visit this place. 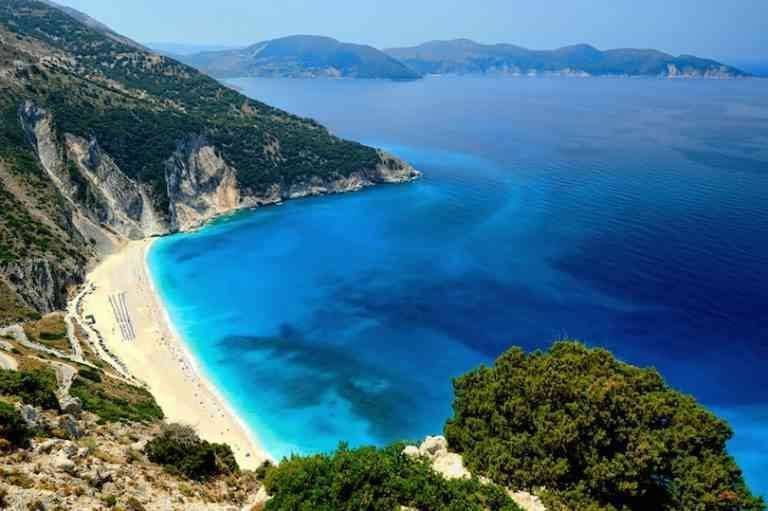 Myrtos Beach - Myrtos Beach, located in northwest Greece, is internationally famous for its magical water colors, blue and turquoise. The tall mountains and high cliffs behind Myrtos Beach are in themselves adding special beauty to the place. For all these reasons, this beach has been voted 12 times as the best beach in Greece. 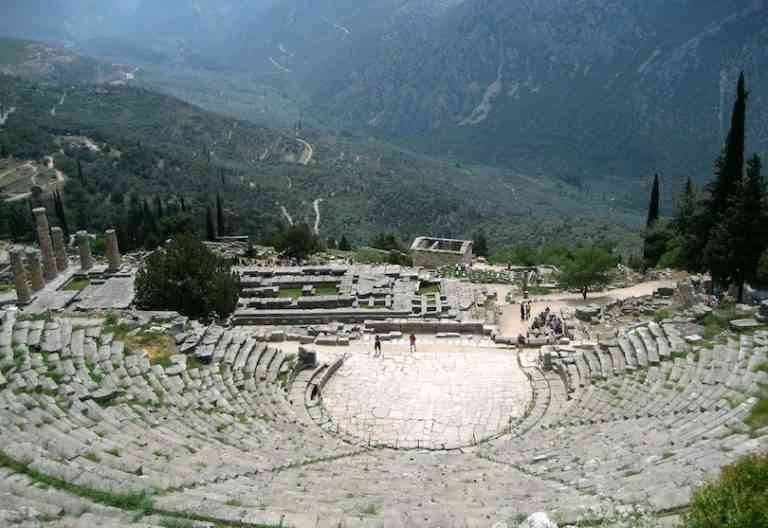 Delphi Theater - Delphic Theater Delphi Theater in ancient times is the most important site in ancient Greek religion. This theater is built on a hill, which gives spectators the ability to see a wonderful view from the top, and this place can accommodate up to 5000 spectators. Today, this theater is one of the most important and most popular tourist attractions in Greece. 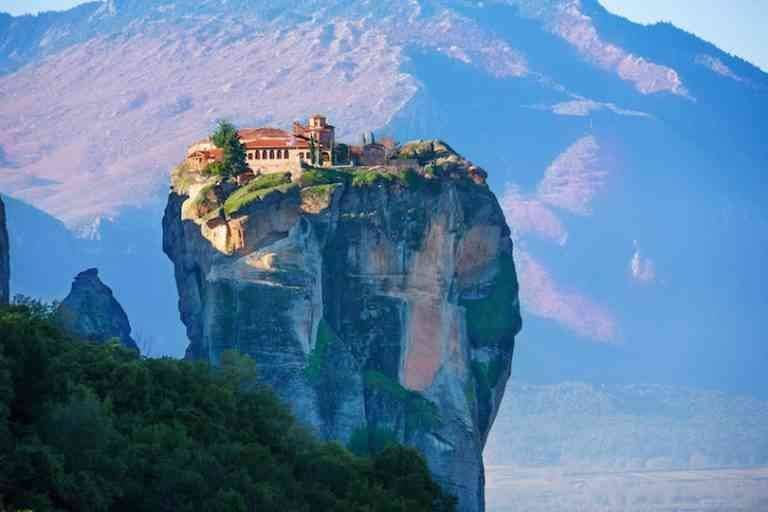 Meteora - Meteora, located in central Greece, is a group of six stunning monasteries located on top of several vertical rocks. The first monastery was founded in Meteora in the 14th century. Reaching these monasteries is difficult, because it requires long stairs or large networks that are used to transport people and goods. 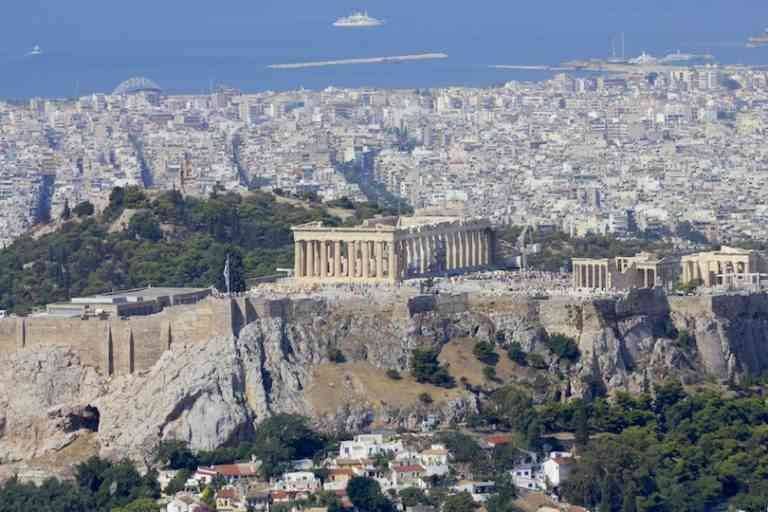 The most beautiful 4 tourist islands in Greece