Greek cuisine is one of the wonderful kitchens that carry many features that are shared with the kitchens of some countries, such as the Balkans, the Middle East, Italy, and Anatolia, but the Greek cuisine is distinguished by its special touches that make its foods unique and has special flavors that made it one of the most famous foods in the world, and to learn about the famous foods in Greece Read this article.

Most Greek dishes include olive oil, eggplant and cheese, zucchini, and vegetables in general with white meat and rabbits, as well as bread and barley, and it has been classified as one of the Mediterranean kitchens. It is a popular and common flavor in Greek cuisine from other kitchens: mastic, mint, onion, garlic, oyegano, leaf, dill and many more Of spices, such as salt and herbs, as well as seeds of fennel and basil. The Greek cuisine also relies on a large part of its meals on seafood such as crabs, octopus, shrimps, and types of fish and shellfish that are eaten often grilled or in Bandits different or fried.

The dolmus is a very delicacy of Greek dishes, which are grape leaves stuffed with spices with rice and boiled in a gravy saturated with the fat of lamb. 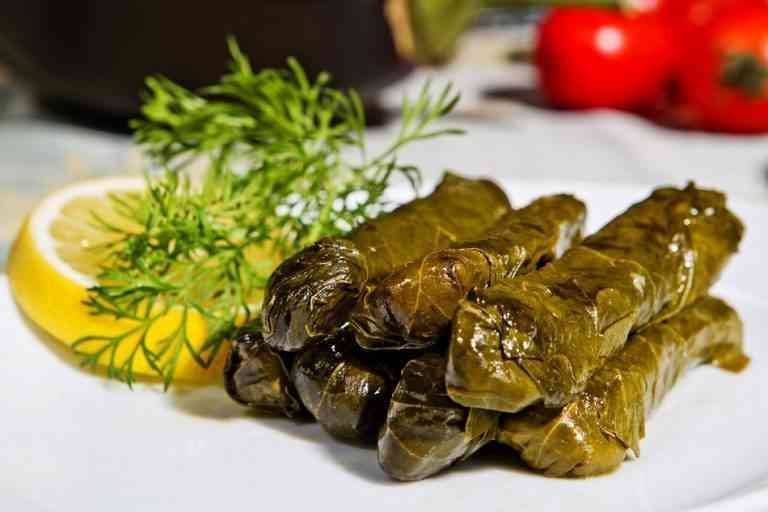 Loccanico is one of the most delicious spicy Greek appetizer dishes, and it is a hot and creamy hot dog, which it is preferred to share with various dishes.

It consists of two vertical dishes, pastitsio refers to lasagna, so it consists of layers of pasta with lamb or beef covered with creamy bashmil and tomato sauce. As for muska or mesqa in the Arab kitchen, it is a healthy mixture of meat and vegetables covered with cream sauce; and the two dishes are Greek calorie dishes High and saturated with fats.

They are two similar dishes cooked in a traditional Chinese cooking dish, Yeneneh, the first is sajani, which is fried cheese, while the second dish is delicious and nutritious, consisting of tomatoes, feta, onions, and garlic alongside shrimps.

The Horta Versta dish is the most healthy Greek food that the Greeks like a lot because it contains nutrients and is also easy to prepare, so all we need to do is cook up a group of selected leafy vegetables; spinach is the most important, then add a little lemon and olive oil and serve as a side dish.

It is one of the most famous cream salads in Greece prepared using yogurt with cucumber in addition to a few spices with garlic and this salad is often served with grilled meat and pita bread (Arabic bread) cut into triangles and also served with a vegetable dish.

Papo Tesakia is a delicious dish of eggplant stuffed with minced meat served with cheese and bechamel sauce and is one of the most nutritious foods of the Greeks.

The Greeks adore pancakes, so they often use fresh ingredients to make them, especially the Spanish spaghetti pie or green spinach, which is one of the most famous foods in Greek cuisine and is found in commercial markets. The Spanish pancake pie is composed of filo dough stuffed with feta cheese alongside green spinach.

It is a traditional Greek dish, and it is a favorite dish for young and old in Greece. It consists of stew of lamb or beef cooked with sparrow tongue pasta in tomato paste with a number of vegetables, such as garlic and carrots, when serving sprinkle with Kefaluteri cheese known as grated cheese “Parmesan”.

The Domatis dish is one of the most popular Greek summer dishes, as large tomatoes are unloaded from the inside and stuffed with rice and meat, and it is possible to add walnuts, pine nuts, and even raisins to the filling, as this filling is used to fill any kind of vegetables such as zucchini, pepper and eggplant.

The Souvlaki dish is one of the Greek dishes on every menu. It consists of skewers of lamb, beef or chicken grilled and is placed in dishes or as a sandwich and served with news, vegetables and yogurt sauce.

The most delicious Greek sweets

The Greeks prefer sweets that often rely on mixtures of honey and olive oil, in addition to filo chips.

Qatayef, Bojatsa, or Baklava are among the healthy, delicious and nutritious Greek sweets, which consist of a mixture of filo dough, honey, nuts and sometimes delicious custard. They are also Greek sweets with high calories.

Flawless dessert is a traditional Greek Cypriot dessert. It is a mixture of sweet, delicious, salty tart, along with some delicious aromatic ingredients filled with mastic and mahlab. 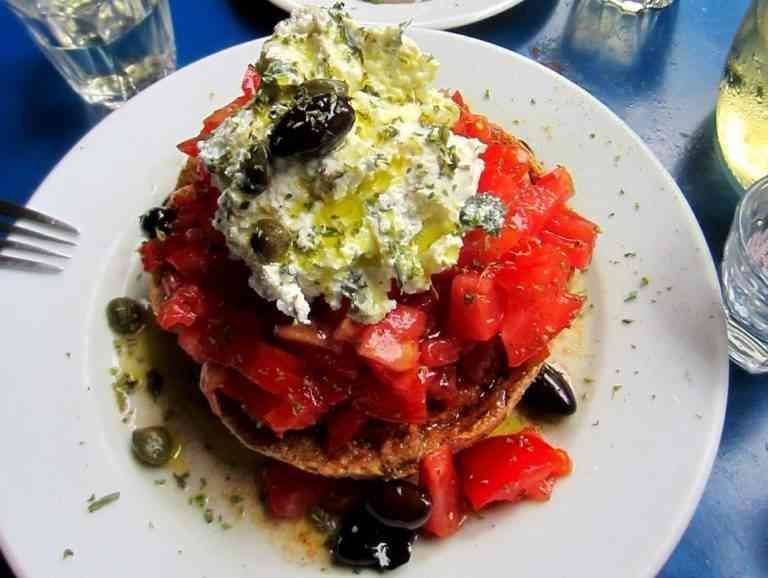 Dessert nuts with yogurt and honey

It is made with wonderful Greek yogurt, sprinkled with nuts, with aromatic cinnamon and vanilla.

Galactoborico dessert or custard pie is one of the most famous Greek sweets, as they are the famous Arab popular pastries and it consists of filo dough stuffed with cream custard and inserted in the oven and left until you get the wonderful golden color, and added to it after it is removed from the oven a syrup consisting of sugar added to it Lemon or orange is one of the sweets famous for its delicious and enjoyable taste and is characterized by the difficulty in pronouncing its name.

Among the most important drinks in Greece are lemon juice and orange juice, as the Greeks love to drink caraway and mint and anise tea, and they have a special drink called Ozo. A drink mixed with water that turns white and has a taste of the Lebanese race.

Food that Muslims prefer in Greece

We should not forget the favorite foods of Muslims in Greece, especially since they consist of delicious ingredients and content for following the teachings of the Islamic religion, and we must know that Greece includes a large number of Syrian refugees, which will make a difference in Greek cuisine in terms of the spread of delicious Syrian meals, As well as Egyptian cuisine known to Greece as stuffed.

The Fruit Salad comes to the forefront of Greek favorites for Muslims in Greece, especially during Ramadan, because it is rich in nutrients and stimulants. It contains sliced ​​fruits, small pieces like peaches, pears, bananas, and apples, in addition to delicious lemon juice and served with soy milk or natural milk. 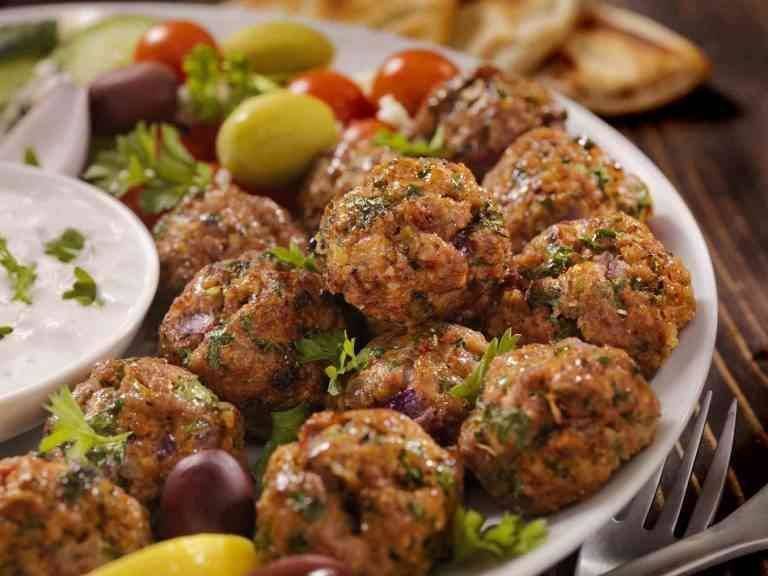 The Romani Tortellini dish is made from ground halal meat, with flour, salt, eggs, butter, a little nutmeg, black pepper, lemon peel, beef broth or chicken broth, along with delicious Greek cheese such as ricotta, bellpeace, and parmesan. All the ingredients of the dish are mixed until dough becomes Then boil the tortellini with boiling salt water and sprinkle with delicious butter.