Tourism in Dijon, France .. and 13 most beautiful tourist places

Dijon was the capital of the Duchy of Burgundy in the fifteenth and fifteenth centuries, which controlled much of France, the Netherlands, Finland, and Luxembourg. To this day, it is still home to the Dukes of Burgundy, and in addition to that it is a distinguished tourist destination, due to its rich history, full of many museums that highlight this, in addition to the beauty of architecture that fills its parts.

The Duke’s Palace is classified as one of the most important tourist attractions in Dijon and that is where it was the residence of the Dukes of Burgundy in the fifteenth and fifteenth centuries, but now it has become a city hall. Its shape may seem changing, because it is used from its foundation to this day, and was expanded in the seventeenth century. The palace is located in Freedom Square, and you can see one facade of it from there that was founded in 1450. If you want to see a breathtaking view of the city, from a high altitude, you can climb approximately three hundred steps inside it. 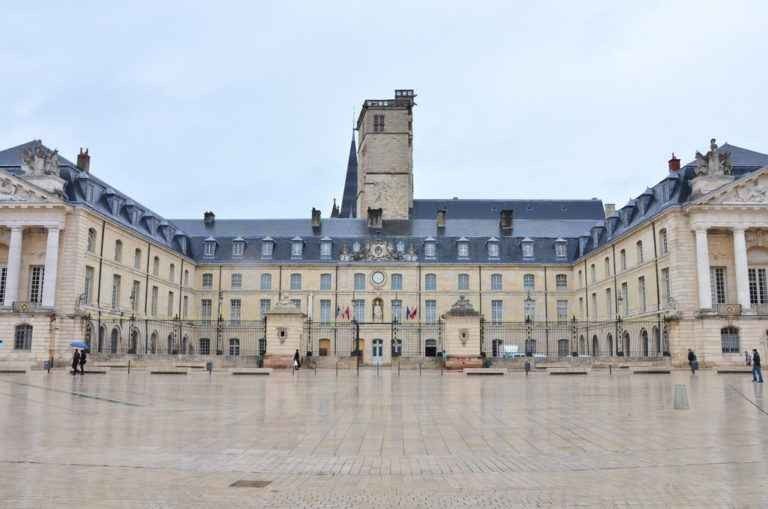 The Museum of Fine Arts is another destination of Dijon’s best tourist attraction inside the Duke’s Palace, founded in 1787 to highlight the appearances of luxury and the richness of the Dukes. He has donated many artifacts throughout the ages including Islamic weapons, glass and ceramic works, African celebration masks, and Egyptian antiquities. Old, Roman artworks from Switzerland and Germany. It also includes galleries of high-class paintings, in which you find paintings of masters such as; Titian, Lorenzo Lotto, Bruegel the Great and Rubens. This is in addition to nineteenth-century artworks from Monet, Manet, Sisli, and Greclou. 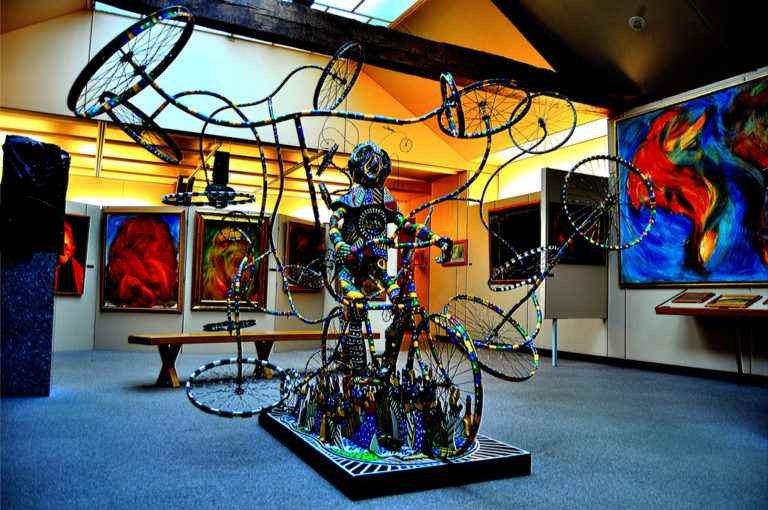 Located north of Notre Dame Church, one of Dijon’s most prominent tourist destinations is the Owl Trail, carved from 1500. It still retains its shape and shine to this day, and both tourists and locals visit it to touch it, thinking that it achieves what they wish for. The sculpture must be touched with the left hand, for security to materialize. 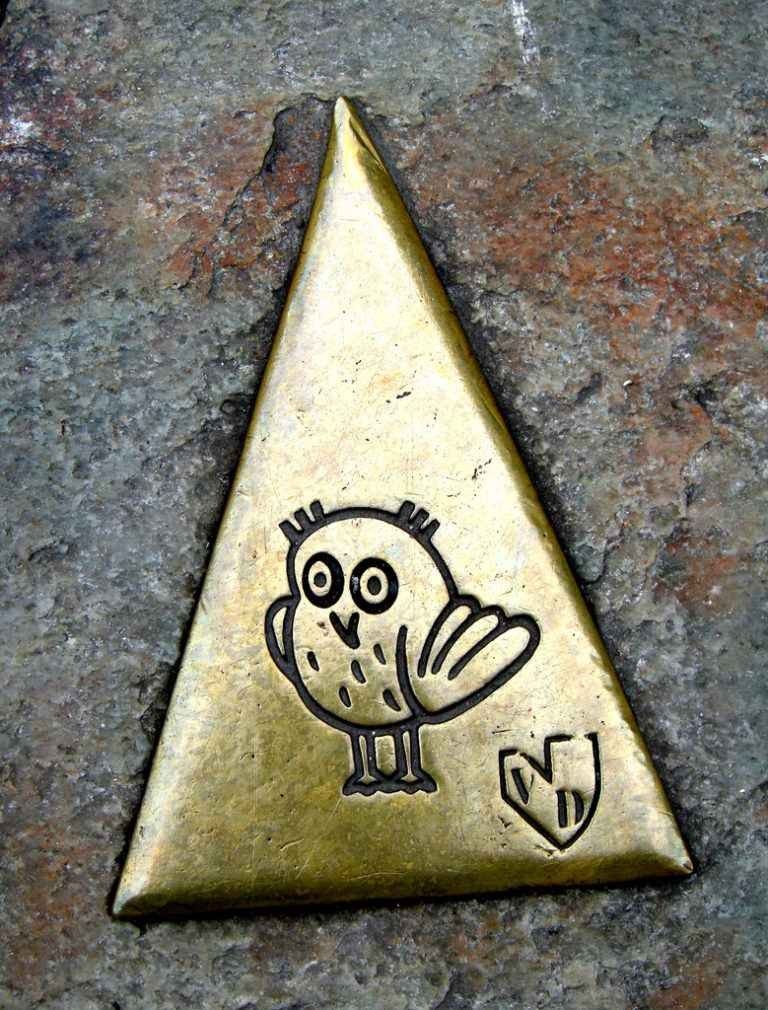 One of the most important tourist destinations in Dijon, where; the countryside and the city of Burgundy emerge from the beginnings of 1700 to the end of 1900. On the ground floor there is an ethnographic group, dating back to the nineteenth century that includes; fashion, furniture, household appliances, and various decorations. As for the first floor, it contains more interesting exhibits than ten different paintings that illustrate the region’s ancient trade methods and the tools used during that period between 1800 and 1900. 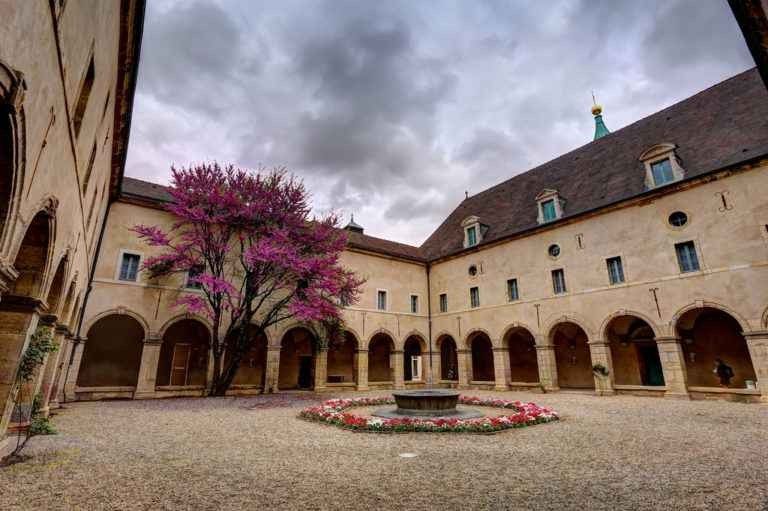 Rue de Forge is located between the impudent François Square and Ferreri Street, and it belongs to the protected city area. It is one of the tourist places in Dijon that must be visited, including shopping arcades that include many clothing stores, in addition to a group of the most beautiful old houses, some of which belong to a number of Dijon’s original inhabitants, including the Muriel Sovereign Hotel, which belongs to the Charles Audacious Nurse. Dukes of Burgundy. 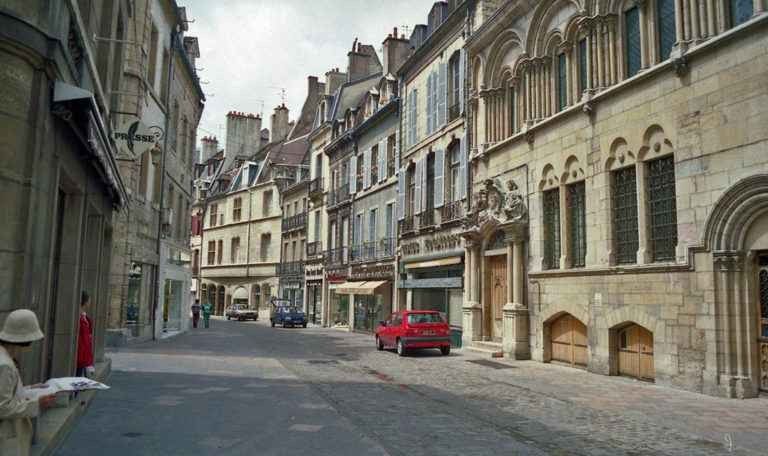 The Magnin Museum is one of Dijon’s most memorable attractions, with a stunning collection belonging to both; Mauritius Magnin and his sister Jane. It contains more than two thousand pieces of art collected over decades, whether they belong to famous artists or not. The museum center houses an exhibition that reflects; the history of the school French art from the beginning of 1500 until the end of 1800 The two brothers granted that art collection to the city, along with a private hotel from the seventeenth century. 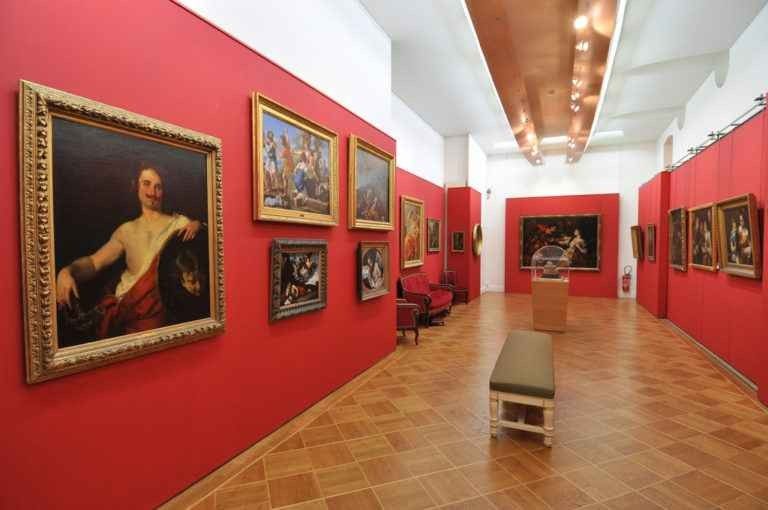 Notre-Dame Basilica is one of the best tourist attractions in Dijon. It is located in the center of the old center, and it has a Gothic design dating back to the thirteenth century, and it is considered one of the few in France relative to its architecture. The upper floors have rows of columns, each row surrounded by a number of statues of monsters and animals as well Human, and the number of all up to fifty-one statues. 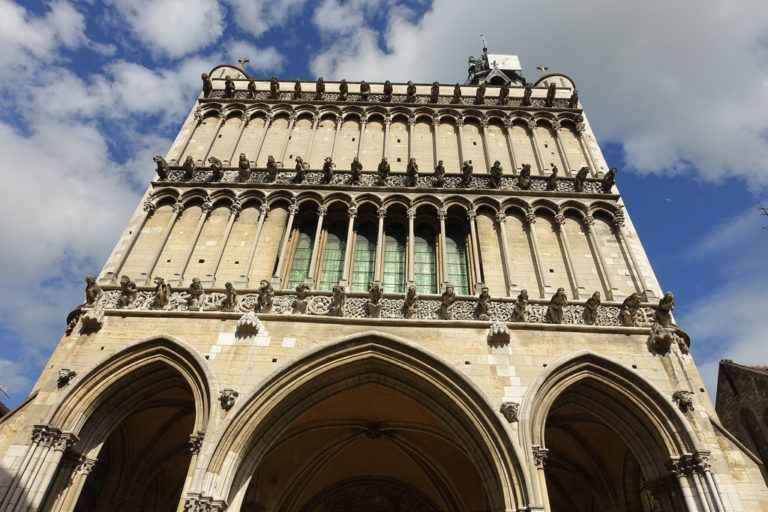 The Archibozer; an ancient destination that had been training soldiers until the end of 1700, the last commander of the place built an English-style garden. So the place was transformed after that in the nineteenth century to a botanical garden, which became one of the most beautiful places of tourism in Dijon. The park contains more than four thousand species of plants, immortalize and acquaint its visitors with the nature of Burgundy, only a quarter of the group includes varieties from different parts of the world. 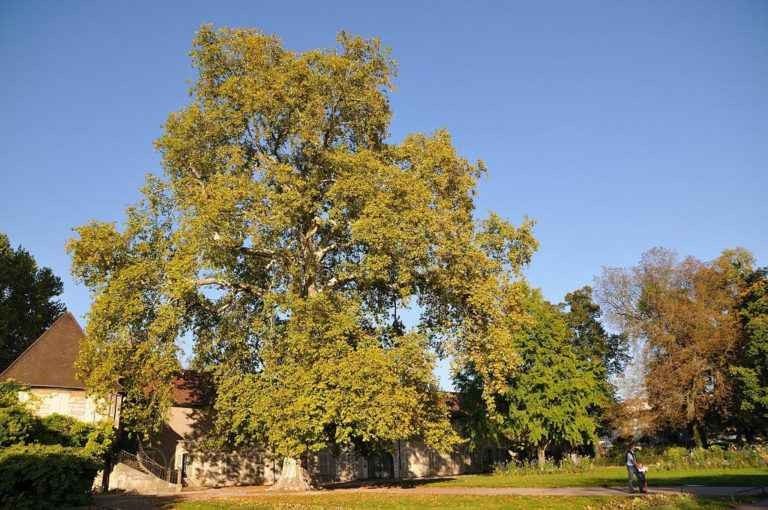 The Natural History Museum, one of Dijon’s tourist attractions for both adults and children, has been established since 1838 by Lunard Nodot. The ground floor is dedicated to the geological nature of Burgundy. It contains amazing fossils, including the bones of the extinct mastodons, some mollusks, and the horns of an extinct Irish gazelle. 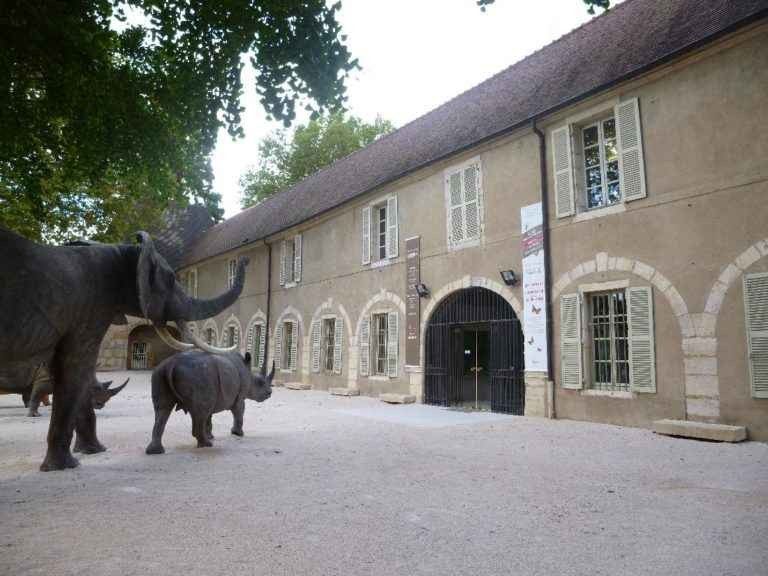 One of the must-visit destinations when traveling to Dijon, it was fully established in the fifteenth century and is distinguished by its magnificent Gothic style. The roof of the church is one of its most important designs, which must be seen well. You must pay two euros in order to enter the crypt of the cathedral; a destination worth visiting in the year 1000 where it was founded to protect the tomb of St. Beningus, dating back to the fourth century. 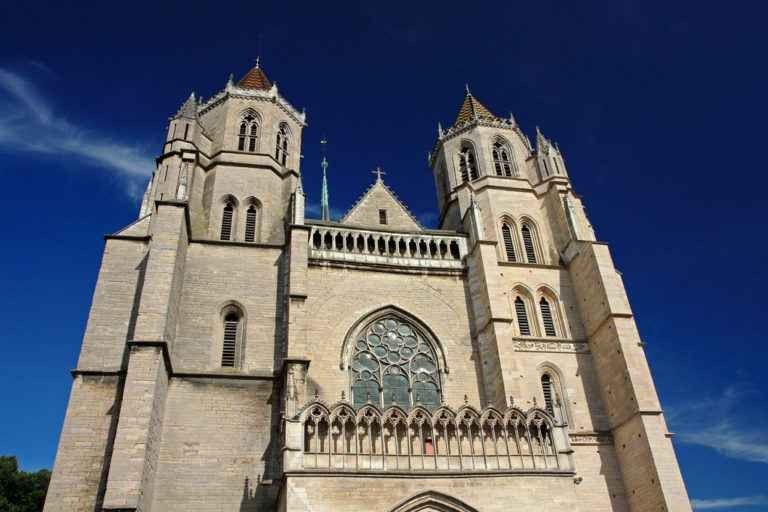 A stunning architectural edifice that blends Renaissance and Gothic style, which was established in the sixteenth century and took a long time due to its great cost and poor funding at the time. It has a number of amazing sculptures, along with its luxurious interior design that attracts the breath of those who see it. 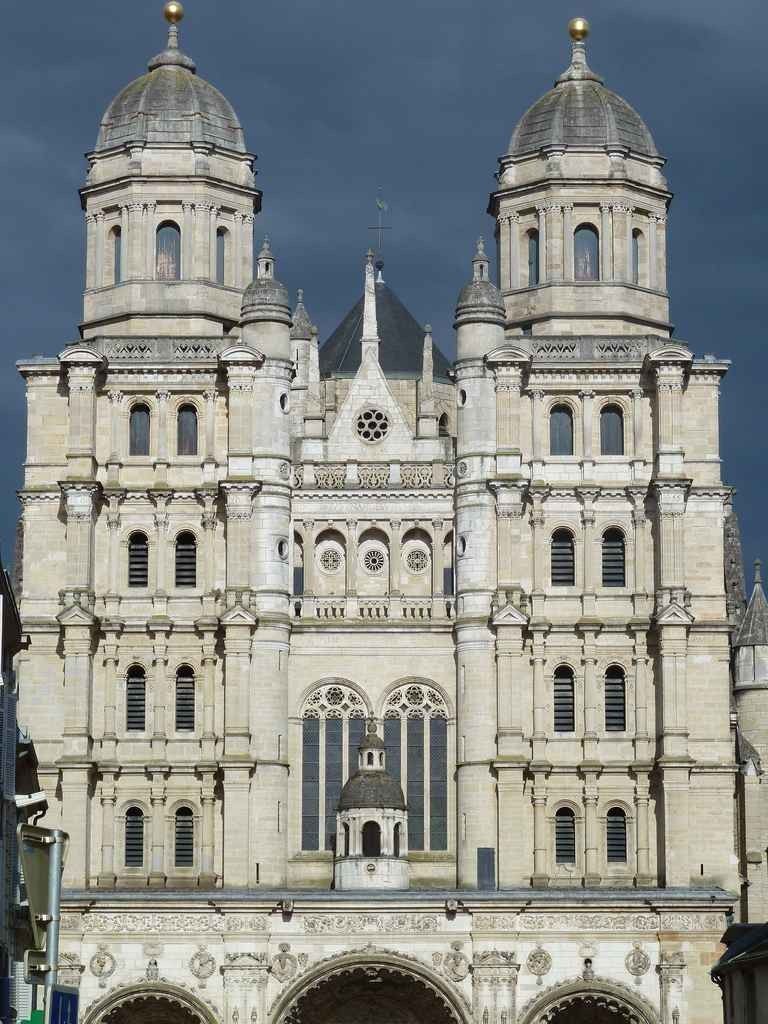 Dijon Archeology Museum is located near the cathedral, and it is interested in displaying a range of activities and practices related to Dijon, from history to the Middle Ages. Because of its location, it includes an exhibition on Christian arts and architecture, and the second floor includes a bronze collection of its art, in addition to bronze and gold jewelry. , And cutlery. 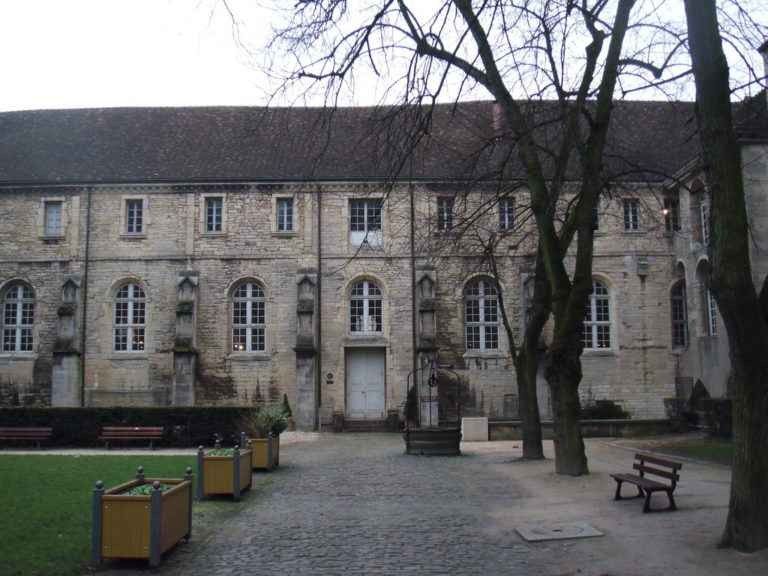 The halls are Les Halles

One of the best places for tourism in Dijon is always the European markets, especially France, an enjoyable destination where it has an ancient history, along with the diversity and cultural heritage and traditions it offers. The market includes hundreds of stalls selling various goods such as flowers, vegetables, seasonal fruits, meat, fish, spices, and cheese. A special destination that you should not miss if you have enough time. 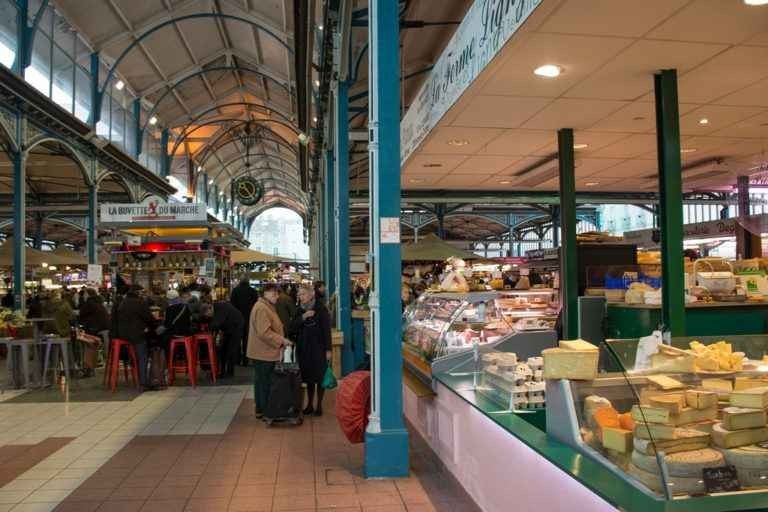 The halls are Les Halles

The most beautiful regions of the world – the best tourist destinations in the world!