Tourism in Naples .. the most famous monuments and modern entertainment

The city of Naples

Naples is considered one of the most important and largest Italian cities, and specifically the third city in terms of population and density, and this city is distinguished by its ancient history that dates back to the period between the sixth and seventh centuries BC when the Greeks founded it during that period, and since that time it is considered one of the most famous historical cities In the world, due to what it contains within its streets, from ancient and luxurious buildings that bear designs and shapes that are very beautiful since ancient times, such as castles, churches, etc., as it is characterized by many of the beauty of its beaches, in addition to their restaurants famous for providing all meals with a distinct flavor and us Dora is seldom found only in Italian cuisine. 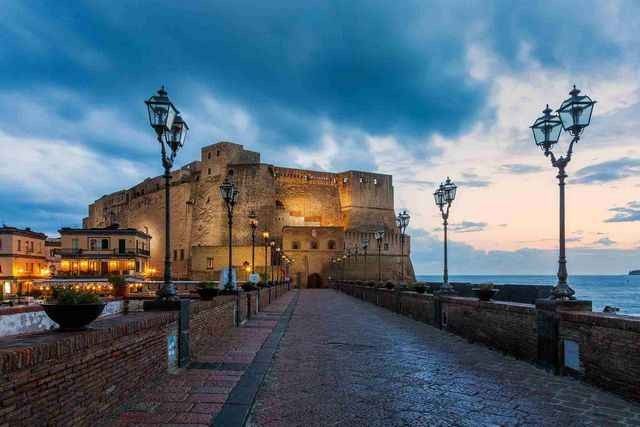 A beautiful and extremely beautiful castle and as it is called the name of Delofo, it is also known as the White Castle, and it was built in 1115 AD by Norman citizens who lived and lived on the Megaride peninsula in the Gulf of Naples, and that castle is famous for its distinguished location that is surrounded by the sea from all sides, It is also considered one of the most important places of tourism in Naples and annually attracts huge numbers of expatriates and foreign visitors, and in that castle a visitor can take a tour around the castle and the Corniche overlooking directly on the sea and see all the beautiful scenic scenery and enjoy it, and the tourists enjoy seeing The core and building of the castle from the outside, and they insist on taking many photographs and souvenirs, while the interior contains a number of towers and rooms tightly controlled, controlled and designed.

Official times to visit the castle

As for the official working hours in the castle, it opens its doors for visitors throughout the week starting from nine in the morning until five in the evening, except for Sunday, where it opens its doors to receive delegations starting from the morning until one in the afternoon, and the castle always announces any intention to change times in Any of the seasons and holidays, due to the increased turnout at some times of the year, and it is known that the castle is completely free entry without any fees. Read also: Tourist places for children in Italy 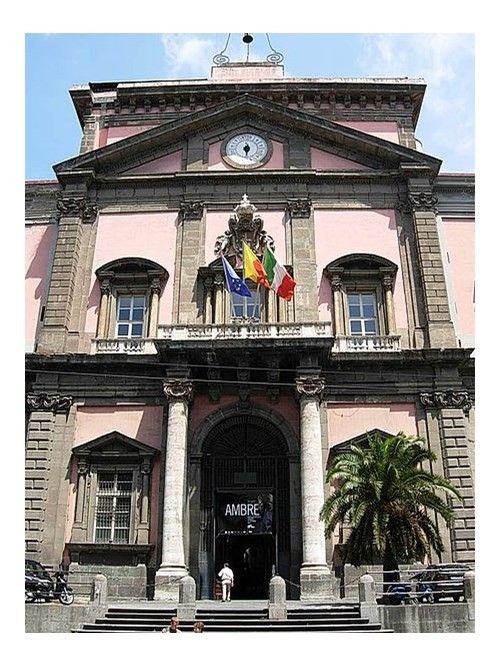 One of the most famous museums in Italy at all. The National Archaeological Museum is famous for the many tourist delegations that visit it every year. This museum includes a wide range of rare artifacts dating back to many ancient times such as the era of the Roman, Egyptian and Greek empires. The museum includes a number of mosaic paintings and statues And jewelry, as it contains many of the wonderful historical sculptures and sculptures such as the statue of Aphrodite, as well as Roman mosaics that are still characterized by beauty and splendor to the present time, and the museum also contains many artifacts that were found in Pompeii and Herculane Also M.aqro: Tourism in the Italian countryside .. and villages of northern Italy 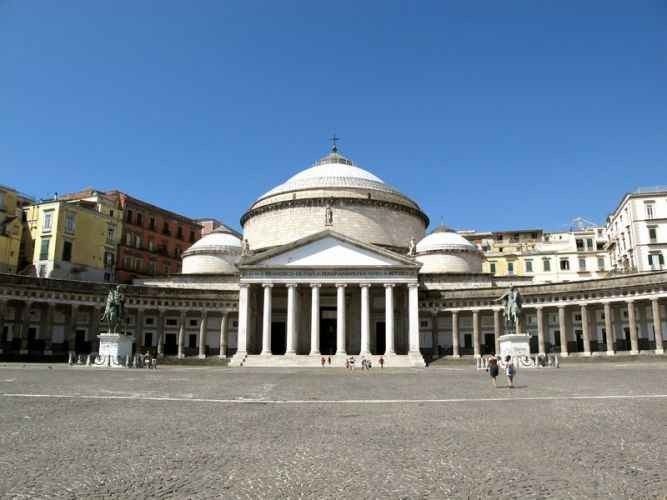 The Royal Palace located in Naples, Italy is considered one of the most luxurious royal palaces located around the world, as it attracts many tourists every year, and it was built with the most luxurious buildings found at that time, and the palace was used in the foot as a summer residence and a special break for fishing the Kings of Sicily, but At the present time this palace has become a national museum and also contains an art gallery for the city, and it is located in the Capodimonte region, and on the name of that region, studies say that it is a word that refers to the top of a famous hill there, and the palace is characterized by a relative coolness from the rest of the city in the summer, so the tourist can Spend a long time Entertainment and fun in various parts of the palace.The museum currently contains a huge art collection, as it contains 106 rooms covering huge artworks from the Middle Ages to the Renaissance, and these artifacts belong to various Italian schools and artistic trends, and the museum contains some famous masterpieces of Roman art such as works Major artists such as Simone Caravaggio, Martini, Raphael and Greco.

As for the places of tourism and entertainment, or what a visitor can do when visiting the Capodimonte Museum, it can be summarized in the following points.

A visitor can walk in the spacious palace square, which is one of the most famous large squares in the city of Naples, and tourists are welcome to visit that square because it is spacious and comfortable to spend quality time in the sun and the fresh air. Bicycles can be obtained to roam the palace square and the gardens that surround it. The visitor can wander around the palace and museum, and also can see the finest and various types of art pieces with great engineering and architectural design, also can see amazing paintings and different artifacts. Often the museum organizes concerts and special shows for international artists, singers and musicians, where It is possible for a visitor to spend an enjoyable evening on the melodies of music and the romantic atmosphere accompanied by joy and happiness. Read also: Tourism in San Marino .. Tourism guide 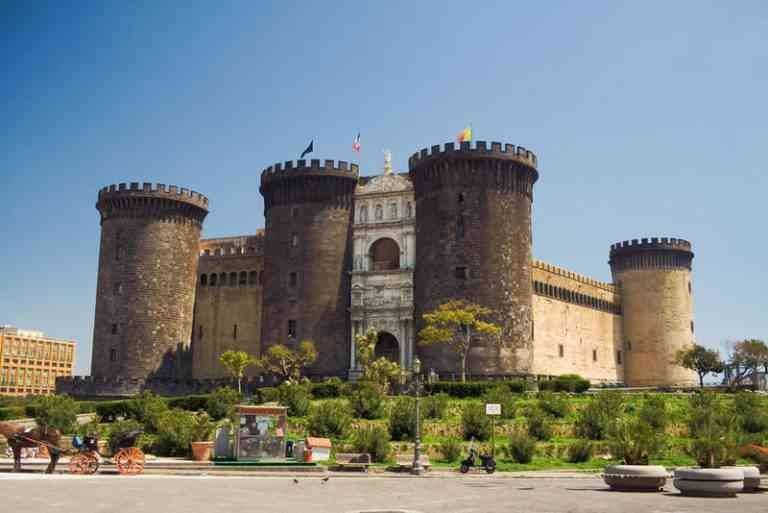 Italy is characterized by the spread of castles in more than one ancient city, and the Castle of Novo is considered one of the best places of tourism in Naples and is famous for the presence of the Great Marble Victory Arch, which was built during the reign of King Alfonso V. The fourteenth and fifteenth centuries, and therefore it is distinguished by its ancient history and distinguished location, in addition to many green areas that exist around it, which gives it an aesthetic view, one of the most beautiful places of tourism in Naples. As for the entertainment and enjoyment that a visitor can have, It can E. Take a tour around the castle and see the famous Italian horse statue, in addition to buying some drinks and famous foods that are sold in the castle, as for the tourist see the beauty of building the castle and its unique architectural design from the outside, as tourists are keen to take a lot of memorial photos with family or friends in various The pillars of the castle and its environs, which are in fact places that cannot be missed. 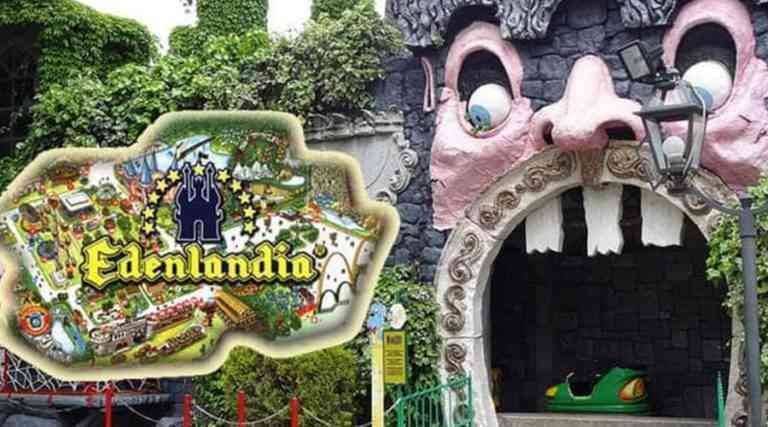 Italy is also famous for the presence of many monuments, museums and castles, it also includes many modern entertainment such as amusement parks, and one of the most famous amusement parks, we find the theme park of Edenland, which includes a lot of fun and entertaining games, and is considered one of the most beautiful places of tourism in Naples, and in this entertainment city The visitor can ride a horse, and is interested in entertainment and water and non-water games, as there is a theater, cinema, and many restaurants and cafes, and the city also contains various games that suit all age groups that many accept in order to spend fun entertainment times. Read also: The traditions of Italy .. 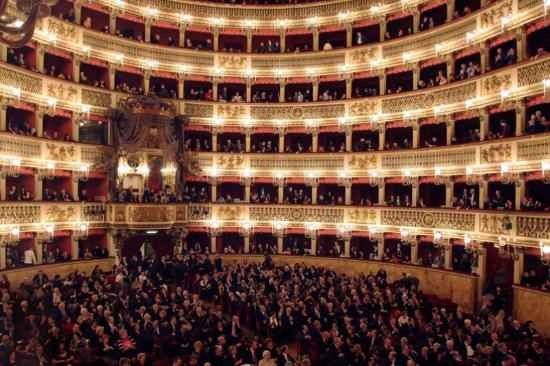 It is considered one of the most famous ancient theaters in the world, and the Teatro San Caulo is the famous royal opera house in the city of Naples and in the world as a whole, and the Teatro San Caulo is among the most important ancient theaters that still exist to this day, and still to this time it offers the most famous and best opera performances in the world The theater contains a very large area that accommodates up to 3000 viewers, and its design is greatly influenced by the unique Italian design and architecture, and this theater is characterized by its walls and statues that were painted in gold inside it. Rasali; Carlo had wanted to give the city a new theater as compensation for the theater “Teatro San Bartolomeo” that had worn out after its foundation in 1621, and this new theater is characterized by its architecture and gold ornament, as well as many of the furnishings in blue and gold, which They were the official colors of the Bourbon Dynasty, and also featured a luxurious royal cabin and 184 other luxurious cabins.

Greenland tourism … the enchanting beauty of nature in its north pole