Malta promotes cultural attractions for visitors from the Middle East 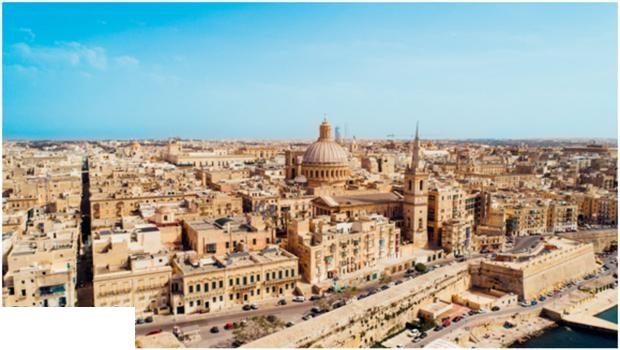 Malta is preparing for a very exciting summer with a brilliant program of films, music, arts and cultural activities for individual visitors and families. Highlights include the 5th Valletta Film Festival, which is the largest cinematic event in Malta, and the festival will be held in many locations, including indoor and outdoor, from June 14 to June 23.
In addition to the Malta International Art Festival (June 29 to July 13), it is a platform for large Malta artists and emerging artists to showcase their work to a large number of people. Malta Tourism Authority promotes cultural landmarks for visitors from the Middle East, said Paul Bogega, CEO of Malta Tourism Authority, saying: “Many visitors are aware of the picturesque atmosphere of the island and the hospitality of its people, but they are not aware of the presence of cultural attractions that have formed 7000 years of ancient history, and in terms of historical and cultural landmarks they are It matches the Italian city of Rome. We are now placing a greater focus on arts and history and believe that this will attract Arab tourists, then the program for this year is the best in our era. Whether you are looking for a relaxing tourist excursion or you’ve come looking for a convenient location to organize an event, Malta has sea, forts, historical orchards and many attractive attractions. Valletta is the focal point of Malta because of its Auberge Inn, which is located at the highest point of the city. The Auberge Inn was built in 1574 and later restored in 1741.

Among other beautiful buildings, the Italy Inn designed by Girolama Kassar has a symmetrical façade and is surrounded by streets from three directions. Triton Fountain, a charming landmark is perfect for those who want to relax and enjoy the beauty of the city. In addition to the St. Agatha Tower, which was built in 1647 and was the last dungeon on the island. The Malta Tourism Authority promotes cultural landmarks for visitors from the Middle East: Singlia, Cospico, and Vitórissa, three cities in the Mina Port area that are known for their surprising engineering landscapes and the distinct blend of past and present building.
Art lovers can visit the National Museum of Art to reflect on the paintings of old artists, and to enjoy modern artworks. There are several exhibitions at the St. John’s Art Center. Children can enjoy the various activities on the new family promenade, they can rent quad bikes and Segway, and wander in exotic clothes for many characters like pirate, knight and princess in the Playmobil Theme Park. Other landmarks in Malta include the Esplora Science Center overlooking the Grand Harbor, the National Fish Reserve and the beaches of Maliha Bay and the Bay of Ramla. As far as foods are concerned, visitors to Malta have many options consisting of simple and upscale restaurants.
Among the leading restaurants on Trip Advisor are Bouquet Garni, Noni, and Petit Bowley. The island of Malta is characterized by delicious pizza and delicious pancakes. Corinthia Palace & Spa revealed its new lobby on the occasion of the 50th anniversary of the establishment of the hotel, and the spa will be updated soon, too. And for those who do not want to live in large commercial hotels, there are a number of family hotels that provide local and authentic hospitality experiences, including Hotel La Falconera, Casa Ell, and Ursulino.