Tourist places for children in New York .. Amusement parks, gardens and your guide to make your children happy ..

Tourist places for children in New York..Ensure you spend a special time with your children, and Arab travelers give you your guide to reach these places and spend the most beautiful holidays with the family ..

– Central Park … the land of wonders that children prefer … 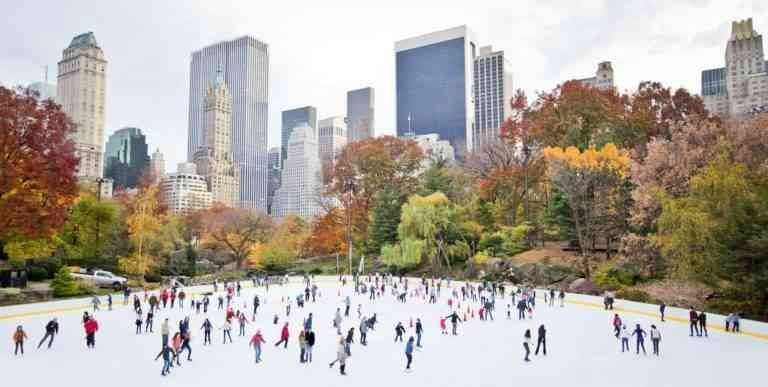 – Central Park … The land of wonders that children prefer … It is considered the ideal place for children to spend their weekly vacation and is called Wonderland thanks to its distinctive games and cabarets alongside a zoo that includes amusing animals, along with ball fields and places designated for skiing and other games that appeal to children and are worthy It is called the main destination for children in America. Central Park is considered the largest park and entertainment complex in Europe and has succeeded in attracting thousands of tourists to it, especially families, and Central Park is the largest park in the world and includes the most beautiful zoo for children and It is a great tourist front for America and is admired by tourists, especially families. The park includes a large number of animals, up to 4000 animals of various species and includes a number of old buildings that were designed according to a high-level architectural style. The park is divided into several sections, including what includes wild animals where they enjoy seeing elephants and tigers Beside the unicorn and animals belonging to the Ethiopian highlands, it also includes the baboon reserve, which is one of the largest reserves in America, next to the distinctive butterfly house and a special house for the fun monkeys that appeal to children and they can benefit from educational workshops organized by the garden, and open its doors For visitors from ten in the morning until five in the evening.

– The “Bronx” Zoo … It is one of the largest and most famous zoos in the world and plays an important role in preserving wildlife and protecting many animals from extinction, which is suitable for all ages, so adults go to them before the kids, to get acquainted with everything related to animals there besides enjoying Watch the fossils and structures of extinct animals inside the garden. 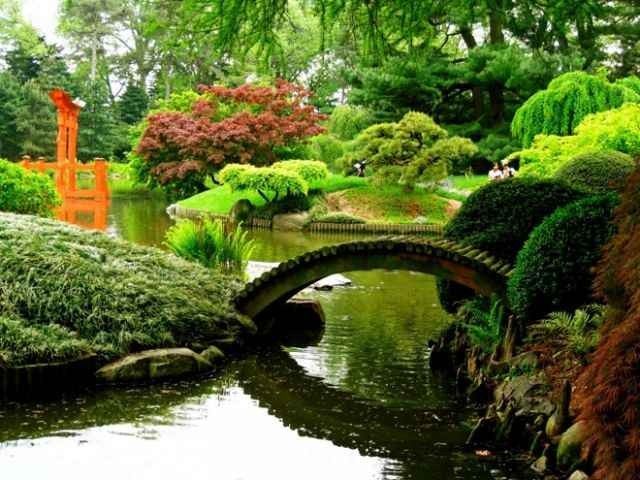 – New York Botanical Garden..It is one of the largest parks in New York and is characterized by its wonderful and lively location in the Bronx area near the zoo and is characterized by its large area which reaches 250 thousand acres, and it is one of the oldest parks in America and its history dates back to 1891 AD, and the park includes Different types of plants are estimated in thousands, some of which are rare plants. The garden also includes one of the largest research centers for plant genetics worldwide. It also includes various plants from all countries of the world. There are desert and tropical plants. The garden also contains about 50 acres of trees and plants that are more than old. For 200 years, it is the ideal place for lovers of tranquility and escape from the city shower and easy access through the metro, and it opens its doors for visitors from ten in the morning until six in the evening. 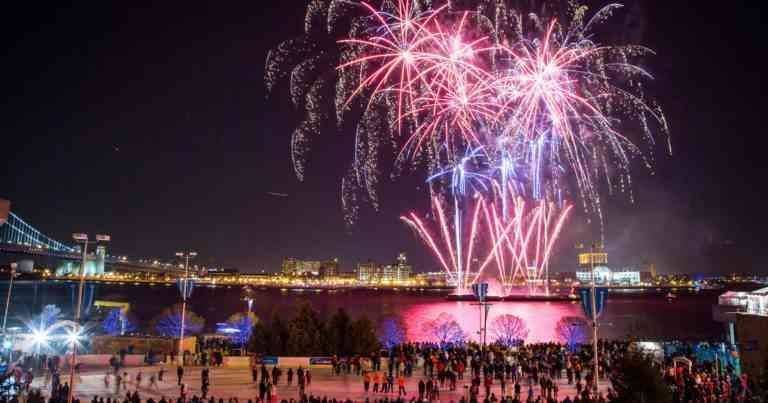 – The city of “Seabreeze” … one of the best amusement parks in New York and occupies a distinctive and vital location near Lake Ontario, and it is the first choice for families to spend their weekly holidays thanks to the interesting and entertaining games and many tourist attractions and up to about 70 tourist attractions, as well as a distinct water park and a number From restaurants and cafes, and it opens its doors for visitors from eleven in the morning until ten in the evening.

Learn about the most famous parks in New York, which reach 700 parks.

New York has the advantage of including a distinguished group of gardens that are suitable for families, especially children, where they can run and play, and there are approximately 700 varied parks in the area, but they agree to own picturesque landscapes, to be suitable places to spend the most beautiful weekly holiday. Among the most important of these gardens, the central park: characterized by its space The large that reaches 843 acres beside a beautiful open-air theater and distinct paths and paths that guarantee you to take the most beautiful memorial photos. You can also enjoy watching the memorial of John Lennon beside the distinctive restaurants and cafes. Children also enjoy skiing in a classroom. winter. 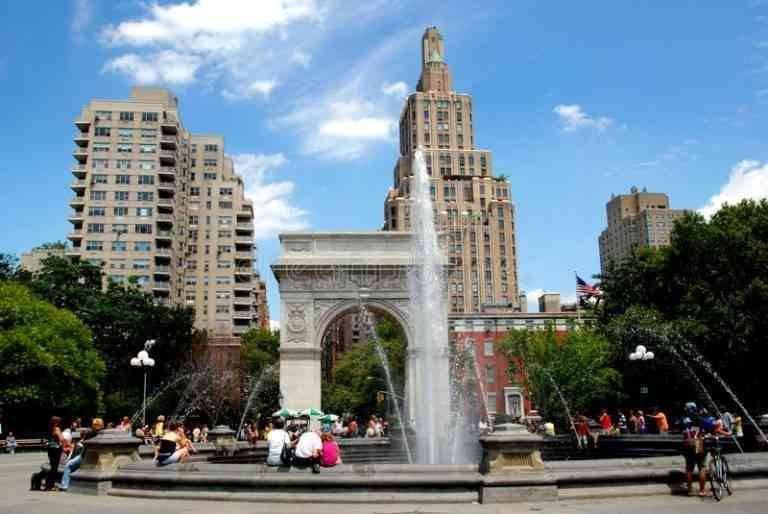 – Washington Square Garden .. It is witnessing great demand by families and is characterized by its large area which reaches 10 acres and includes a large theater that witnesses the establishment of more shows that appeal to children. 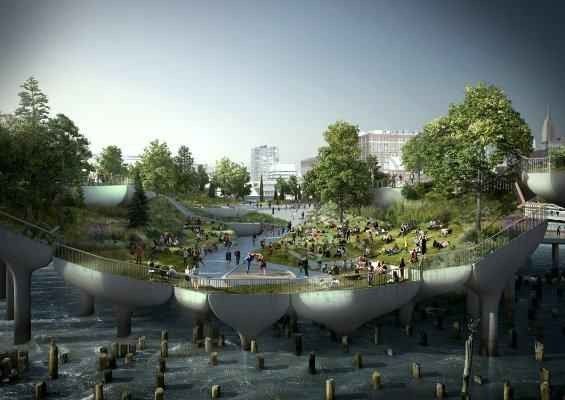 – Hudson River Park..One of the best parks in New York and has a large area of ​​550 acres and is suitable for lovers of tranquility and recreation so just lying on the grass there gives them comfort and inside the garden you can meditate on the beauty of the river there and enjoy the view of the sunset and watch movies in the open air beside practicing what they love from Games for tennis and golf, renting bicycles in the park and enjoying the most beautiful cruise inside boats there are something that families and especially children like. 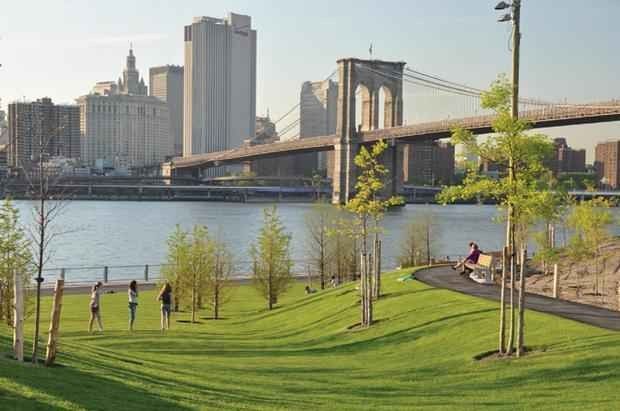 – Brooklyn Bridge Park .. It is an ideal place for family outings thanks to its dozens of recreational activities, there you find a lot of playgrounds and ice skating rinks besides watching movies and enjoying the charming natural scenery and the beauty of nature there especially at sunset. 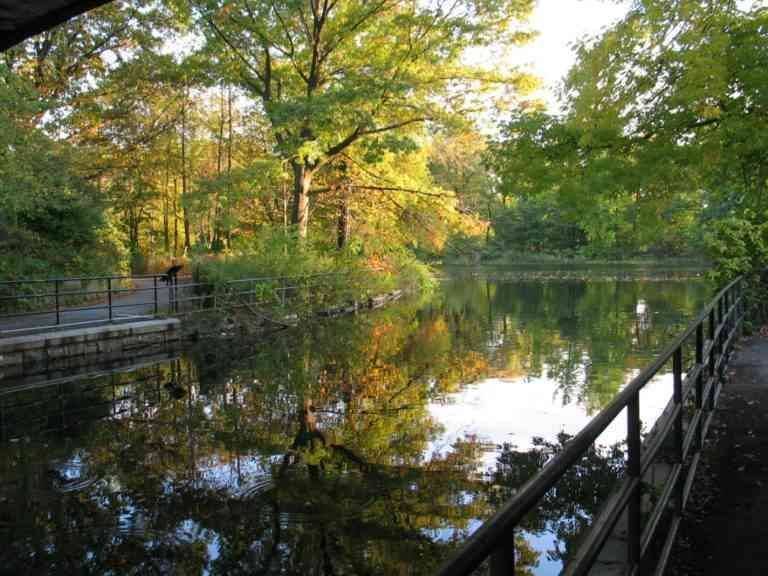 – Prospect Garden..There, children can enjoy a lot of recreational offers dedicated to them beside the free concerts organized by the park, which includes a cricket and football field and a large ice skating rink next to a zoo that children prefer, and there they can ride horses and take the most beautiful pictures with the pet. 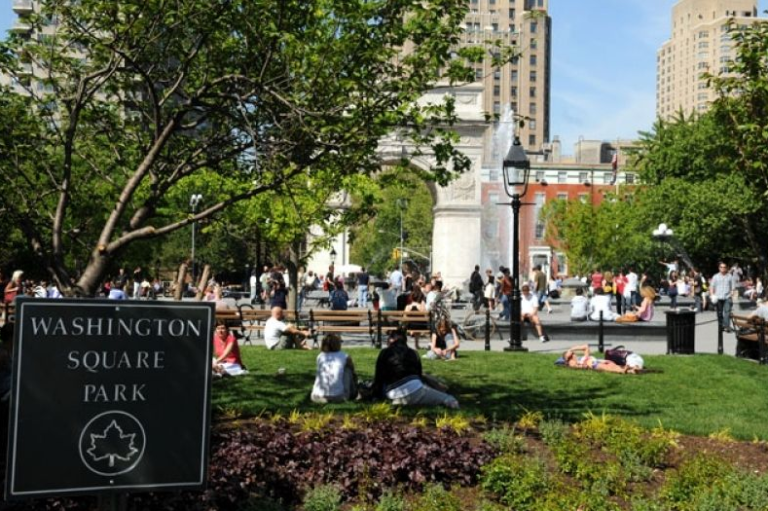 – Pelham Park .. It is located on a large area that reaches 2772 acres and allows children to play and run. It is located in a vital place in northern New York and is considered the largest public park in America and is admired by families, especially children. 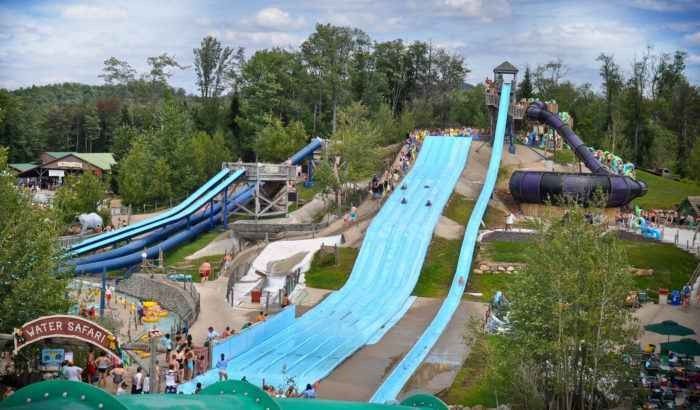 – The Enchanted Water Forest..and won the admiration of children and considered it an ideal place to escape from the summer heat, and there they enjoyed playing in swimming pools, horse riding, golf and soccer in the stadiums designated for that, along with the presence of restaurants and cafes that offer delicious snacks and the tastiest drinks that children love and the garden opens its doors From nine in the morning until seven in the evening. 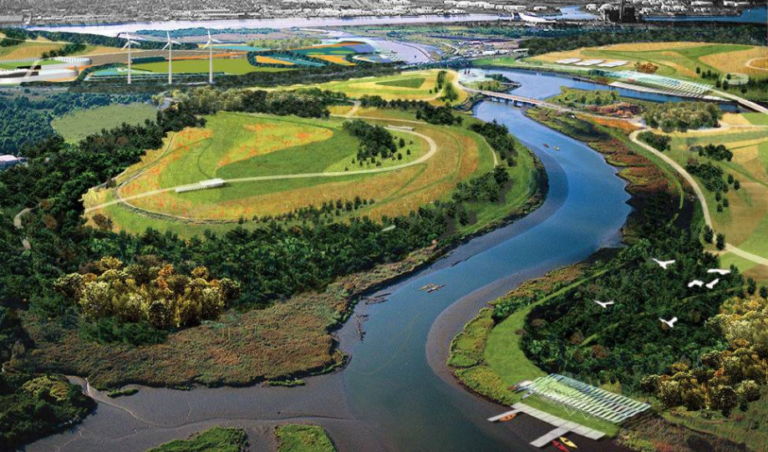 – The Great Escape Garden..It is an ideal place to escape from the city shower and enjoy water games and horse rides. For adventure lovers, the ghost town exists and opens its doors for visitors from ten in the morning until six in the evening. 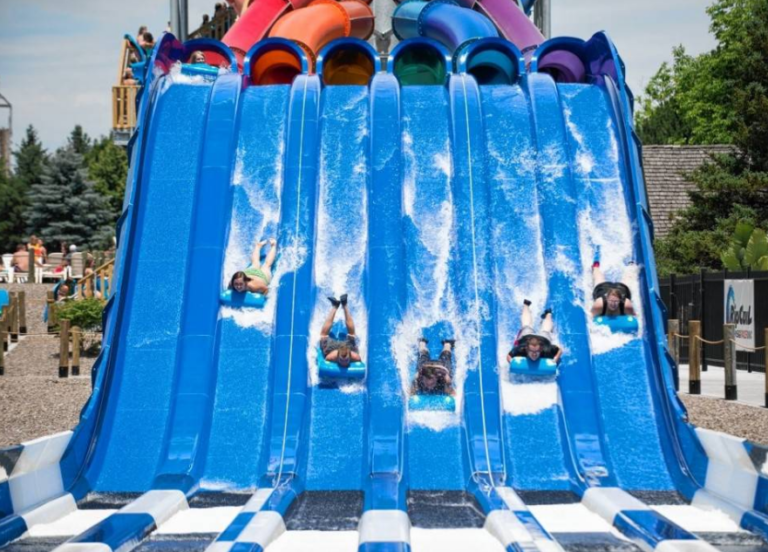 – “Roseland” water park .. Roseland water park occupies a great tourist place thanks to being the largest water park in America, and includes water games that suit children and adults as they can enjoy horse riding and playing ball on the beach and entry is free for children and opens its doors for visitors starting from the first Ten in the morning until seven in the evening.

Through your presence in this distinguished museum, you can take the most beautiful outdoor tour suitable for adventure lovers, where you climb an ancient ship and make the most beautiful tour in the sea, and this place is greatly admired by children and they find it better than any fun game as they enjoy watching the shows held in the ship.

New York is characterized by the inclusion of a large group of artificial parks that provide a lot of recreational activities for children and parks that guarantee spending the most beautiful holidays, and comes on top: Luna Park: It is considered one of the most parks in America and indeed the whole world and includes four tours for children along with the ability to ride horses and lots of water games .

It is an ideal place to escape the summer heat and includes many camps that number up to 1,200 campsites preferred by tourists, and the park includes many facilities that make it an integrated entertainment complex, including a distinct water park beside the possibility of horseback riding and opens its doors from eleven in the morning until seven in the evening.

Children’s attractions in Hong Kong … get to know them!