In the Russian capital, Moscow, you will find various tourist attractions, whether cultural, historical or recreational, that encourage you to travel to it despite the snow on its roads most of the year, making it a mix of modernity, Iraq, and the city of dreams, freedom and beauty, and it is the city that will host the 2020 FIFA World Cup qualifiers on Luzhniki Stadium. With the rise of 4 Arab teams, we expect to see a demand from Arab youth during the coming period to encourage their teams, and that its entry will become without a visa for citizens of the 4 countries, namely, Saudi Arabia, Egypt, Tunisia and Morocco, and Arab travelers will provide you with a number of travel advice to Moscow to extend See the year and not only during the World Cup:

One of the travel advice to Moscow is that you must book the hotel in which you will reside in advance because Moscow in particular and Russia in general is one of the first-class international tourist places, so you find it difficult to find an empty room when tourists are crowded, and you must download applications for hotel accommodation offers Different Moscow and hostels “hostel”. 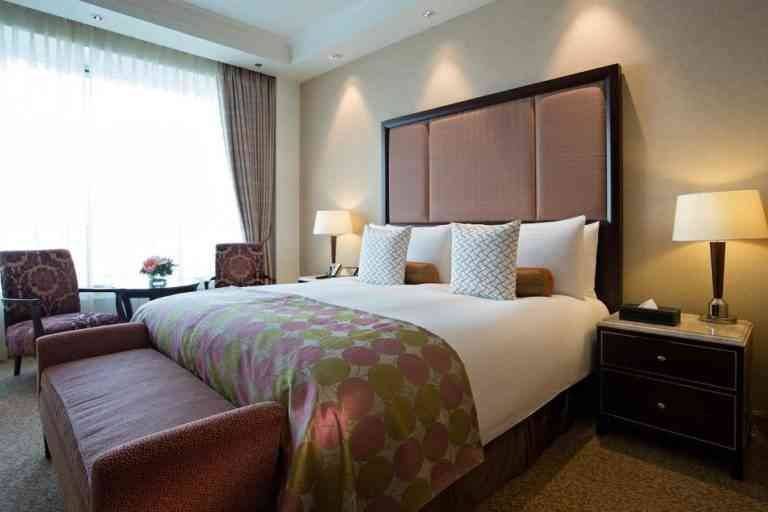 Staying in Moscow muscow Read also: Learn about the tourist cities in Russia

One of the tips for traveling to Moscow is not to take a taxi except for necessity because it is very expensive and late night travel is the right time to take a taxi because it is the only choice at that time and you only need to wave your hand, while public transportation is cheaper and available most of the time, buses start in At 5:30 in the morning until 1:30 in the morning, it is called a tramway, a bus, or a tram, and it has large numbers, and it is difficult for them not to work on fixed times, and you find its tickets in the metro stations and booths to sell in each area or from the bus driver directly. Because it is like a maze, and if necessary the mother Do not install it unless you have a map, and we advise you to avoid peak times, especially if you are not accustomed to large crowds and stampede. The artistic brilliance of the city, which makes it a tourist attraction, and the metro movement stops only 4 hours and a third of the hour, as the metro works from 5:20 am until one in the morning. 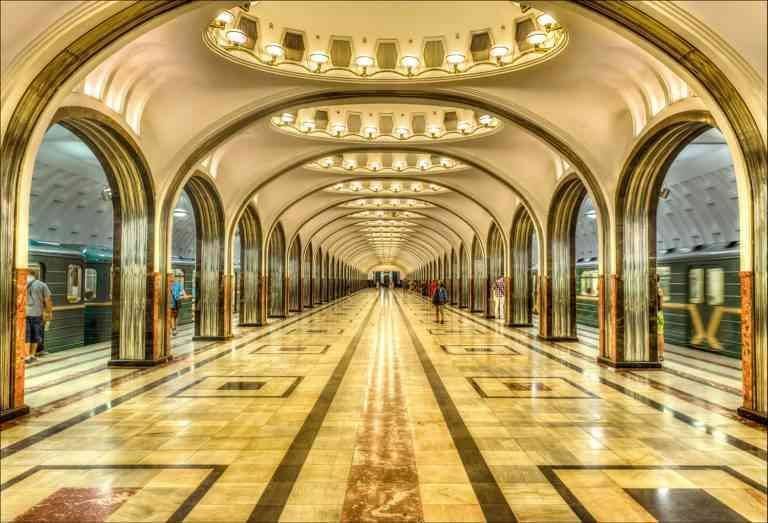 Moscow is a very cold city, and therefore many people are reluctant to visit it, but snow is often attractive to many people. The period from April to September of each year is the best day of the year to visit Moscow and enjoy the features of the city. It is the warmest period throughout the year, and temperatures range Between 18 and 26 degrees Celsius during the day, while going down in the evening to 8 degrees Celsius, and among the tips for traveling to Moscow you must carry with you your heavy coat and drink hot drinks and hot soup dishes to get warm. 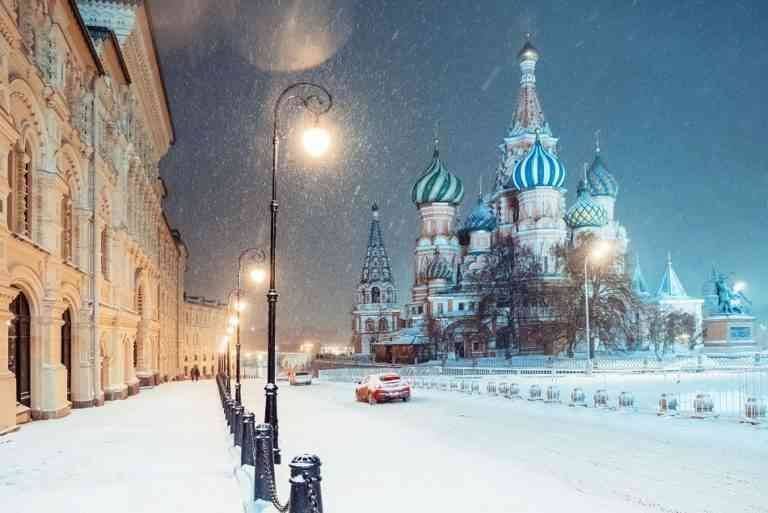 From travel advice to Moscow, try visiting museums and public places on the days when you open them for free to visitors, which will help you reduce your trip costs very significantly, as it is a great opportunity to save, as you can download applications that explain the most famous tourist places that you can visit in Moscow and you can download an electronic compass You must not miss the Red Square, St. Basil’s Cathedral and Tretyakov Gallery of the Lavrovinsky Pass, the Moscow Kremlin and the Kolomenskoye Historical and Architectural Museum and Reserve and the Armory Historical Museum, and Pushkin National Gallery of Fine Arts. 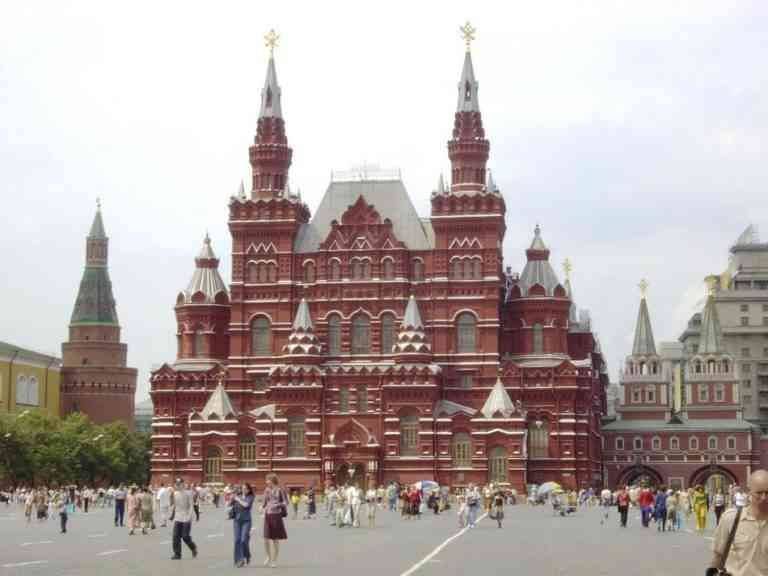 Your personal safety in Moscow

One of the tips for traveling to Moscow is that you must not leave your hotel late at night, and you must not be independent after 9:00 p.m., and beware of your curiosity, which may lead to wandering in restricted and remote places so that you are not stolen by gangsters and thieves, and you must Always stay near populated streets and tourist areas. You must also keep your passport during your tours, in the event that the Russian police ask to know your identity and verify it, as it happens in several situations with tourists, keep all official papers because you will need them even that you will get at the airport.

Try to search for Syrian and Arab restaurants as they are prevalent in Moscow, especially that the language will be an obstacle to knowing the ingredients of meals in Russian restaurants and you will not know whether the food is in accordance with the provisions of Sharia or not. And do not forget to take with you during your long tours in Moscow snacks, due to the lack of food in some Places or the lack of suitable foods and sometimes you will not recognize them. Stay away from mineral water that contains gases from stores, if you want to buy a bottle of mineral water, it is an experience that you will never want to take. 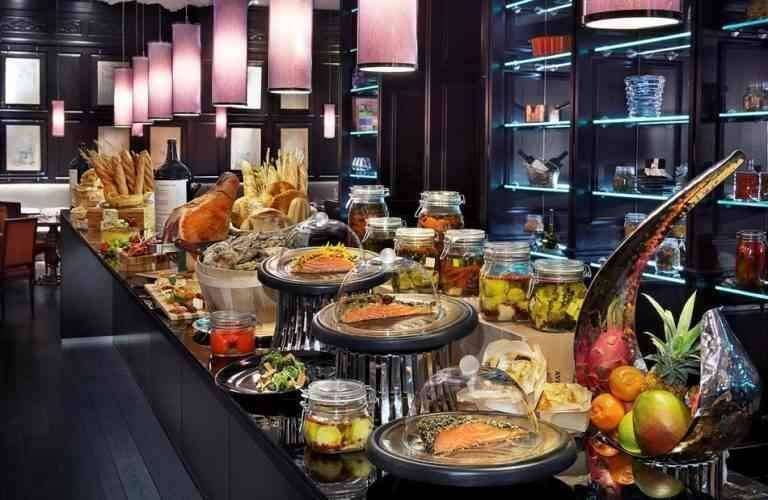 Among the travel advice to Moscow, when you want to buy Russian dolls as souvenirs, go to the popular markets and the wholesale market to buy them instead of the gift shops scattered in tourist places, especially as they are sold at twice the price of them, and to obtain better prices deal in foreign currency and avoid the dollar and the euro, the airport is one of The cheapest places to exchange money, so be sure to change the currencies before you leave the airport. 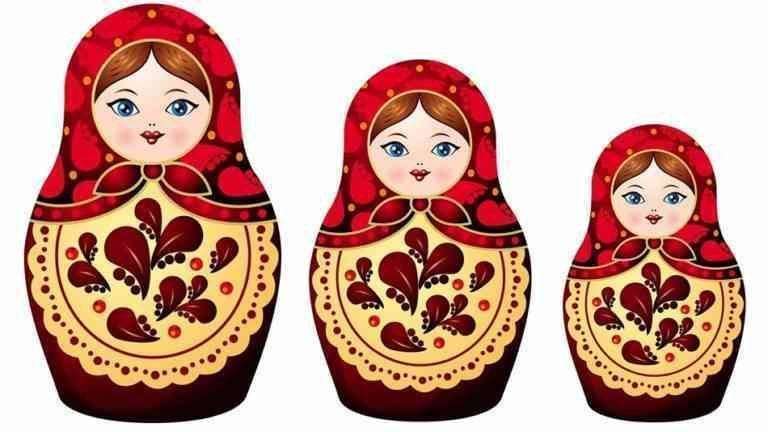 General advice when traveling to Moscow

You must master some Russian words necessary for daily dealings, especially that most of the people of Russia are proficient in speaking only in their own language which is Russian and you can download a number of applications to help on your mobile phone most notably a dictionary of the translation of the Russian language immediately, and respect the Russian popular culture and he observed that the Russian people do not like mixing a lot and ask Help from your tour guide get any trouble, get to know new people, and beware alcoholics, so that you don’t get in trouble as you need it.

Cheap hotels in Tetouan .. 3 stars great in price and beauty