Travel Tips to Greece .. For a Fun Trip Avoid the Peak Period and make sure you have cash

Tourist attractions and picturesque nature, the most prominent tourist attractions in Greece, especially that it is located in a strategic area between Europe, Asia and Africa, that is, in the south of the Pecan Peninsula, and if you are thinking about visiting it soon, you should know the most important travel advice to Greece in order to enjoy your time there and spend a trip Do not forget.

Your pre-planning on your trip to Greece is one of the factors for the success of the trip, you must book the hotel that suits your financial capabilities and after or near the beach, tourist attractions and shopping areas through the tourism company or various Internet sites, it has tourist resorts and various hotels, some of which have a comprehensive service The other is at discounted rates. As for taking someone with special needs, one of the travel advice to Greece is to ensure that there is a dedicated room in the hotel and a cabin equipped with ferries for them, because Greece is not prepared in an organized and good way to receive them, and you must bring a stick to roam with Greek islands and sightseeing. 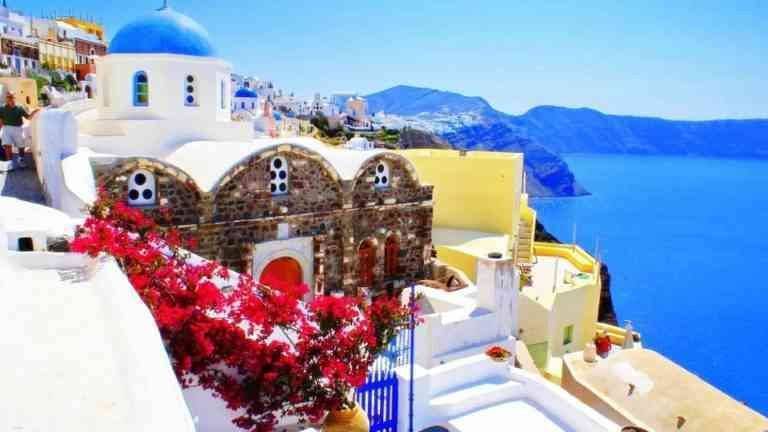 Greece has a warm and humid weather most days even in the evening, which will help you to loosen your bag and not have to carry heavy clothes, but you must make sure that you carry comfortable shoes in order to be able to roam freely and without getting bored. One of the travel advice to Greece is to avoid visiting it during The peak period of the summer, which is the period from mid-July to the end of August, due to the high temperature and congestion, while the period from May to June is the most appropriate to visit Greece as a result of the moderate temperature in addition to the month of October because the beaches keep the summer warm during it. 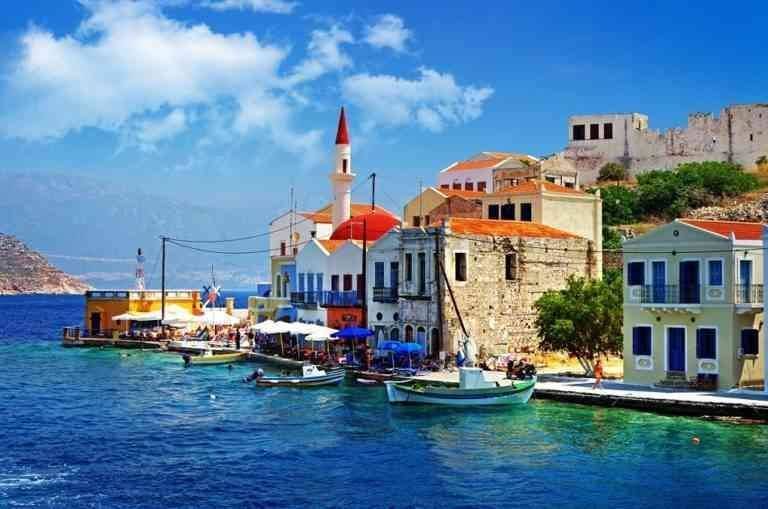 Expect that you will consume more money in Greece compared to the rest of the European countries and always make sure that you have enough money in cash, especially that despite the availability of ATM machines, there are some restaurants, especially those on the islands that are not visited by tourists a lot and less a month are not accepted to Pay in cash “Cache” and credit cards are rejected, while in major stores, hypermarkets and restaurants in major cities and shopping centers, you can pay by ATM. 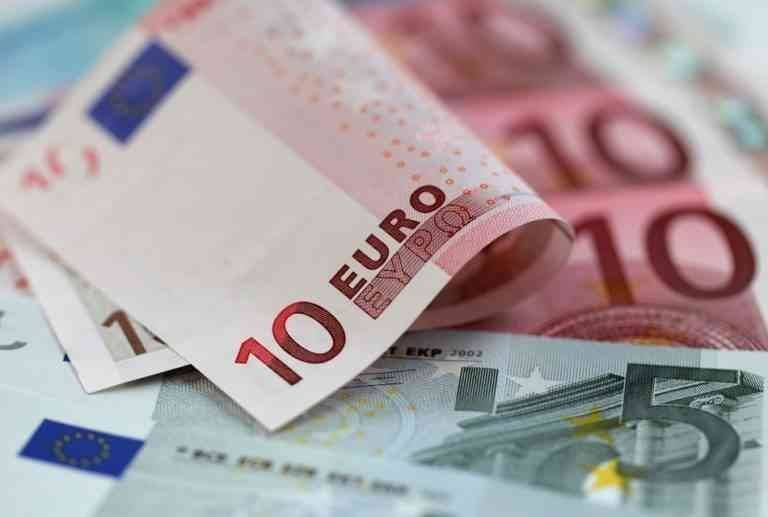 Spending in Greece – travel advice to Greece Read also: The most beautiful 4 tourist islands in Greece

You can rent a bike to move within the Ionian cities, as it is a common thing, as it is relatively cheap compared to other means of transportation, as it will help you to know the attractions and see the sights of different cities, and try to take advantage of the national railways as it offers a reduced service, although it is faulty with limited The places you reach but all are major tourist attractions. But in case you want to rent a car and drive in Greece, be aware that driving in the Greek islands is easier than driving in major cities, and you must be careful about renting a car and driving outside the city from the cyclist. Firearms and cars on the left and right.

The Greek people are famous for being the healthiest people on earth. Therefore, do not worry about the Greek food and make sure that you will eat healthy food, but that it is healthier compared to any other country you visited, and the most famous healthy Greek food is the Greek authority and seafood, which are two of the main meals as it is expected to You find salads at least twice or once, and try to eat from the places that the local Greeks go to, but avoid looking for places to eat before 10 in the morning, you will not find. It is also difficult to find restaurants that offer Western, Arab, or Eastern food and expect to eat similar food For the day before food And travel to Greece Tips Try to focus on your choice of place and cleanliness and price, and I know that most restaurants add a fee for service bills; so it is not necessary to provide a tip for workers, but there is nothing to prevent it if you want to like the place and service. 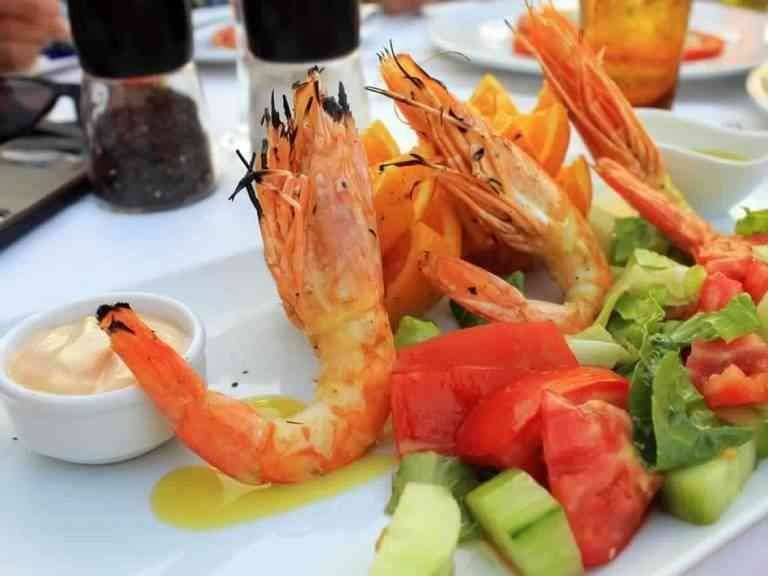 The major Greek cities on the mainland have abundant fresh water and you can drink from tap water. As for the Greek islands, they have little water and therefore most of them are used for sanitary and laundry purposes, so it is preferable to use bottled water.

Cigarette and smoking haters may find some problems when traveling to Greece, especially since about half of the Greek people smoke cigarettes even in closed places such as cafes and restaurants despite the smoking ban, so keep as far as possible away from these places.

Greek shops and stores are closed on Sunday, and open daily from 9 am, but they are closed at 8 on Saturday and at 3 on Monday and Wednesday and at 9 on Tuesday, Thursday and Friday, as for kiosks and small markets, they are open throughout the week. To Greece, be sure to buy some souvenirs and leave a place in your bag and do not forget to buy the famous Greek olive oil, and do not try to bargain in the prices as they are specific as they are not from the Greek features. Read also: the charming island of Santorini in Greece … the romantic island E in Greece

Greece includes about two thousand islands, and the island of Santorini is the most beautiful at all, and one of the travel advice to Greece is not to miss visiting Santorini and watch the moment of sunset because it has a scene that is difficult to find elsewhere in the world, and do not forget to visit the mainland with its scenic views in the north you find The Pindus Mountains, and in the Western Peloponnese you will find golden beaches alongside the ancient sites on the mainland. 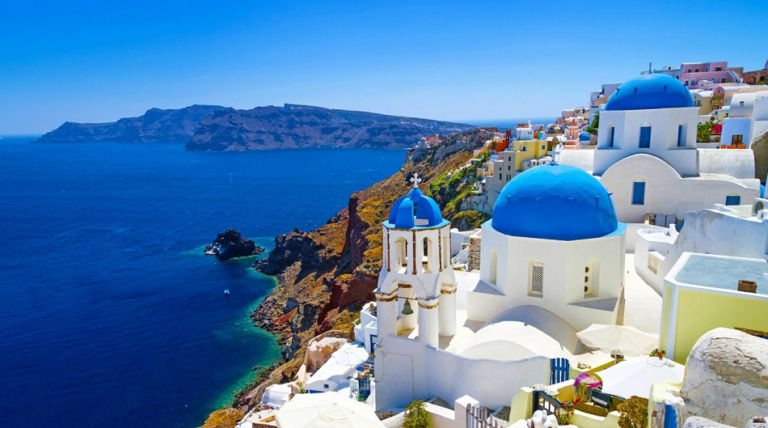 You will not find it difficult to communicate with the Greek people because most individuals speak English, which helps you to enjoy your trip without obstacles or barriers, but there is no objection to learning some of the words of the Greek language, especially that it will help you to gain the attention of the local people, and know that the Greek people are famous With kindness and hospitality, do not be surprised if you invite someone’s home. One of the travel advice to Greece is not to refuse to invite a Greek and do not delay your appointment for more than 30 minutes. You should also bring a simple gift, such as local cakes or some flowers, and do not expect that you will be allowed to pay the dinner bill if I submitted it but it is not m Keep trying.

Wi-Fi internet access is available in most public places, cafes and hotels in all parts of Greece except for isolated and remote places, and among the travel advice to Greece do not be shy to ask for the password for the web because it is common in Greece such practices as you can also get paid Internet cards from one of the Existing stalls.

Your personal safety in Greece

Greece is characterized by the stability of the conditions and the proliferation of security men and their wandering in cities and villages alike, and it is considered one of the least countries in crime rates, but it is rare to occur according to some reports, and one of the tips to travel to Greece is cautious and pay attention to your personal purposes when traveling to the Greek capital Athens from being stolen Because some cases of theft were recorded for tourists during the last period, especially in the case of using crowded public transportation, such as the metro.

Travel advice to Bahrain .. “Gulf bride”, and your guide to spend a memorable and special trip

Sheringa Village .. The magic of Turkish nature … ensures you spend the most beautiful trip at the lowest cost