The customs and traditions of Bosnia and Herzegovina ..

Customs and traditions of the Bosnian people .. Bosnian coffee .. 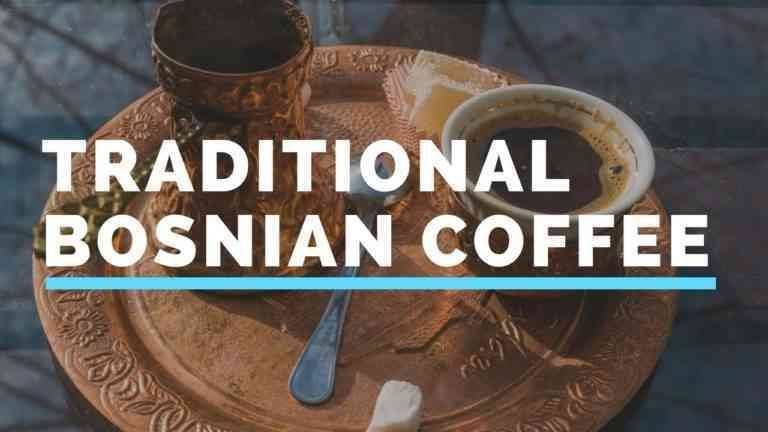 Customs and traditions of the Bosnian people .. Bosnian coffee .. The people of Bosnia and Herzegovina are closely related to Bosnian coffee of unique taste as it is not only a drink but a symbol for them and it is one of the most important habits inherited by generations as the coffee in Bosnia and Herzegovina is related to their history as it reached them through the Ottomans, it is like a drink My homeland is that even during the civil war of 1992-1995 AD, coffee was sold for a kilo of gold, due to the strong love of Bosnia and Herzegovina, and for this reason, we offer you, dear tourist, information on how to prepare it. The traditional coffee in Bosnia and Herzegovina is distinguished from modern coffee that you have You eat it and you feel the fine grains in your mouth. The traditions of preparing it start from the moment you buy it, which is fresh raw coffee beans, then they are roasted under a specific temperature. As for the grinding process, some people resort to the electric mill and others prefer traditional tools. It is the customs of Bosnia and Herzegovina that all families must have mills A hand made of copper material by artisans in the city of “Sarajevo” and other cities, then after its grinding comes the step of cooking, then a bowl of water is placed on the fire and before it boils it is lifted and then a little hot water is poured into a copper cup and then the coffee is placed in the kinka and then placed on the fire So der Boiling, where foam appears on the surface, then the water in the cup is placed on the pod then left for a while until brewing and presented in a decorated brass cup and next to it is the kinka on a locally made brass dish in addition to the sugar cubes that are dipped in the coffee and one of the most important habits of the people at the invitation Some of them for coffee, which makes them distinctive and long sessions, as coffee is the most important thing presented during family meetings or with friends and on various occasions, so we advise you, dear visitor, on your visit to Bosnia and Herzegovina not to miss a traditional Bosnian coffee cup, despite the lack of cafes that can provide a distinctive taste But in the markets you will find a number of places that offer them, and therefore many tourists go to these markets for traditional coffee, and also buy them and buy tools used in serving them of dishes, a copper kink and cups, which are among the most beautiful souvenirs and gifts that can be obtained from Bosnia and Herzegovina. Read also: Customs And the traditions of Germany

Bosnian customs and traditions … Eid celebrations in Bosnia and Herzegovina … 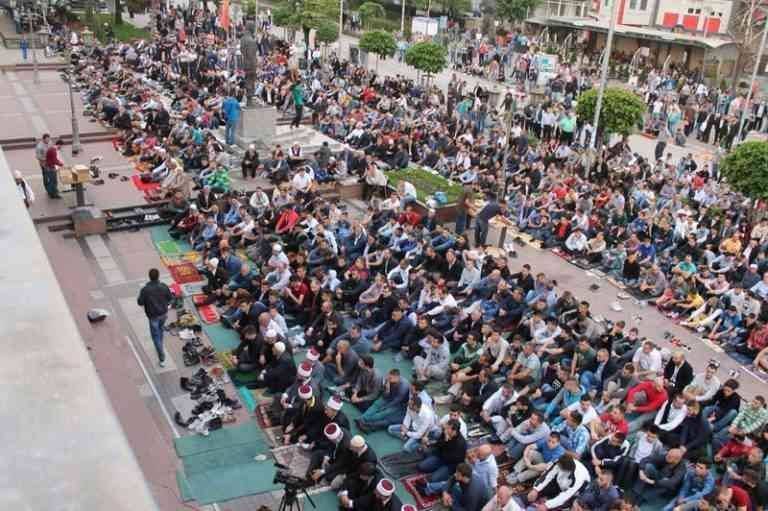 Bosnian customs and traditions .. Eid celebrations in Bosnia and Herzegovina Bosnia and Herzegovina is a Muslim country and Muslims call it “Bosniaks” and they, like other Muslims in the world, preserve the Islamic identity and celebrate holidays with certain traditions that have not changed over time and hundreds of years ago and most of these traditions have learned from The Ottoman Empire so that the people until now when the Eid comes, they congratulate each other using the phrase “Byram Mubarak Olson” and in Arabic it means “Your Eid is all blessed.” The Bosnian language does not have a sentence in this sense and one of the most important traditions that the Bosnians are accustomed to is decorating homes The Bosnians are also interested in cleaning the house, arranging it, spraying beautiful scents, and also wearing the new traditional clothes for the feast and going to spend the Eid prayers. Meat is for the poor and relatives, after which visits are exchanged between relatives, friends and neighbors, and women attend breakfast tables, as this is one of the most important traditions of Bosnia, where delicious dishes such as bake soup, cabbage and pies of all kinds are prepared, as well as Grills such as kebab in addition to the authorities, and then after the sweetening with baklava and halva. The first day is usually devoted to the family, where they gather and spend beautiful family times in celebration of the feast. On the second day, visits are exchanged to congratulate the holiday between family, friends and neighbors, in addition to visiting the deceased, especially the victims of wars, which are among the most important habits that The people of Bosnia and Herzegovina do it. As for the third day, it is often for a picnic and a family trip or with friends. Going to gardens and parks is one of the most important traditions that reconciles with the adversaries. Eid, everyone must share joy and there is no place for etc. He died, as people of other religions are invited to participate in the celebrations as a kind of showing love. One of the most beautiful scenes that you can see on the feast is the joy of children in new clothes and toys, just as children used from ancient times until now to take “Eid” money and candy too. Read also: Travel Tips To Bosnia and Herzegovina

Customs and traditions of the Bosnian people .. Traditions of marriage in Bosnia and Herzegovina .. 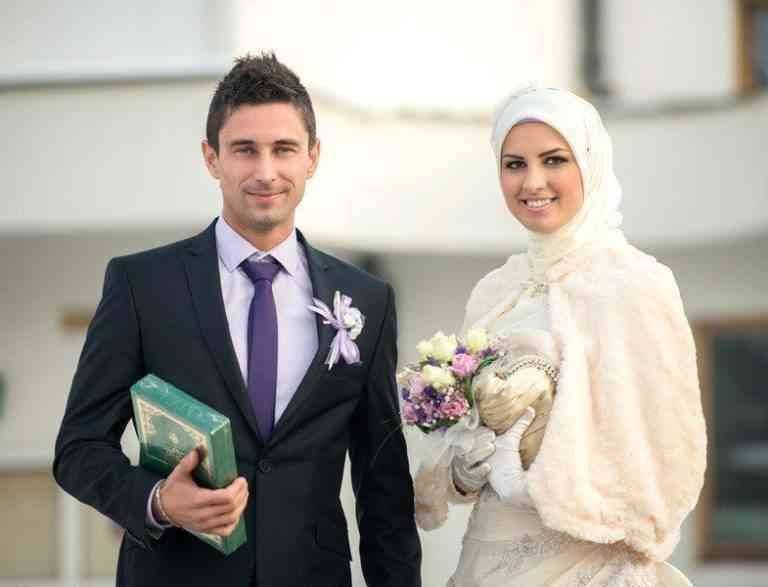 Customs and traditions of the Bosnian people .. Traditions of marriage in Bosnia and Herzegovina .. Traditions and customs in Bosnia and Herzegovina give women the right to freely choose their life partner and parents prefer marriage of their daughter to the Bosnians so they can be reassured about their presence in the country besides that the Bosnians are Europeans so they are affected by European and not Eastern thinking as they fear From the marriage of their daughter to an Arab because they refuse polygamy, but that polygamy has a crime, but that does not prevent the existence of many marriages between Arabs and Bosnia and Herzegovina and this is due to their being Muslims and from the strangest traditions they have despite being Muslims but they are considered Inbreeding is a crime. As for the customs that take place on the wedding day, in the morning the groom goes with his family to the bride’s house, and the house is decorated with a lot of roses and they spend some time with it, then they go to the mosque to hold the Koran before the noon or Friday prayer, and the children gather around the chariots and only pass the presence Some give them money, and the girls throw roses at them. It is worth noting that the more the number of carts, the more boasting of the wedding, as these are important habits for them. The Bosnian and pita breads are pastries, as they are the most famous Bosnian food, and joy ends at a maximum at eleven p.m. The two brides go to their home to start a new life based on equality between men and women.It is the customs of Bosnia and Herzegovina that a man assists his wife in all the housework and an important tradition during preparation For marriage, the wife has a maid, and the husband has a maid, who are responsible for preparing everything for joy. Rather, they meet before joy for a period to organize joy and their role continues only after the wedding, where they have the right to intervene to solve problems and raise children. Their role is sacred to the culture of Bosnia and Herzegovina. Also read: The Best Bosnian Folk Food 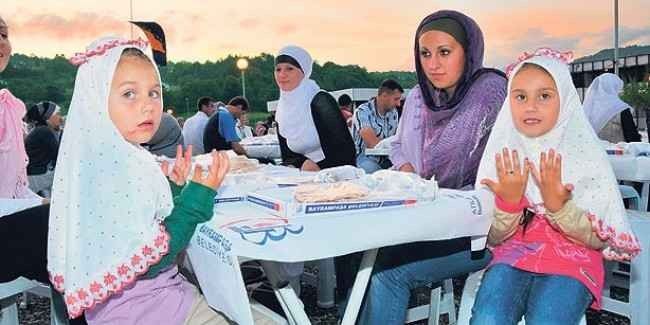 Bosnian customs and traditions .. Customs and traditions of the blessed month of Ramadan. Ramadan in the countries of Bosnia and Herzegovina has a beautiful character like the rest of the Islamic countries, where the religious rituals of the prayers and recitation of the Holy Quran throughout the night and day. Their religions were, in addition to carrying out many awareness campaigns against smoking and drugs, especially in this blessed month. People reconcile and a state of reconciliation prevails with the soul and the other. The most important manifestations of celebration of the Holy Month are the suspension of light bulbs and decorations inside a For homes, streets, and mosques, everyone cooperates in organizing them. People are also keen to collect donations to spend debts on the part of civilians to bring pleasure to their hearts in the holy month. This cooperation is not only a religious duty among Muslims, but also has become a habit for them in this holy month in Bosnia. As for food habits in Ramadan The Bosnians are accustomed to including the breakfast table they have pita, cabbage, potato, cheese, pumpkin and sarma meals. As for meat, you have stuffed kebabs, kebabs and meat pies in addition to the various types of authorities. Karim in the period between noon and afternoon and is reading the best readers and the reason for this beautiful habit is that the Bosnians do not know Arabic so they have the opportunity to listen to the Holy Quran in Arabic besides giving religious lessons in mosques and after eating breakfast people go to Tarawih prayers and cafes and shops open their doors to visitors as is done Organizing the “Ramadan” festival in Sarajevo, the Yellow Castle, and various activities are presented in it. Source 1 from here Source 2 from here

Tokyo customs and traditions .. Speed ​​and order dominate the habits of Tokyo residents