Famous food in Sudan .. Learn about the most famous Sudanese foods and sweets

Sudanese cuisine was affected by many of the kitchens of other countries, such as the Egyptian, Turkish, and Syrian cuisine, and this affected dependency on the famous foods in Sudan. Each kitchen left its mark on the Sudanese cuisine by introducing new ingredients from vegetables and hot food, and despite that, the Sudanese cuisine preserved their flavors and identity, and therefore we dedicated this article to talk about The most delicious and most famous traditional Sudanese cuisine

Of the delicious Sudanese dishes that consist of the bowels of the lamb, of course, after cleaning them well and adding them with the viscera of the kidneys and liver, then they are dazzled with smart spices and eaten with bread or broken with bread. 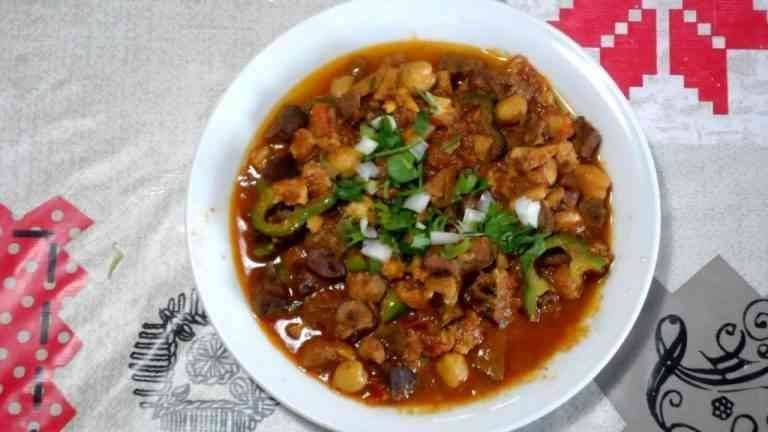 A delicious, hearty and well-liked meal consisting of flesh in the bone with the addition of the neck as well and seasoned with Sudanese spices, salt and chili, and made of broth and served as a basic meal with pasta or rice. 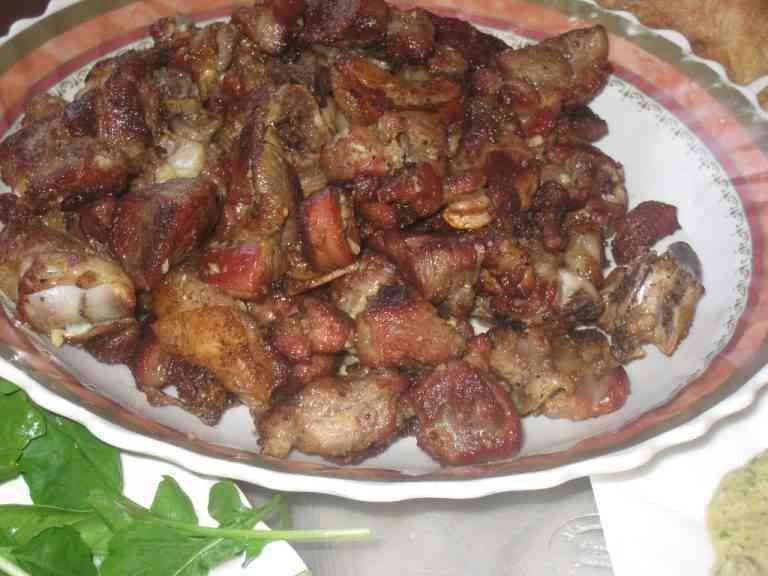 A very delicious Sudanese dish rich in nutrients containing the liver with spices, flour and dates.

Of the delicious Sudanese dishes that the Sudanese people depend on for their meals contains fried meat flavored with the most delicious spices and Sudanese spices, so it tastes good and delicious. It contains chicken or cow meat with black pepper, onions, salt, oil, garlic and spinach. It is done first when cooked, frying the meat in oil with onions, then put water, put the rest of the ingredients and cook the meat with it well, then go out and fry in oil, and the Sudanese prefer to serve the meat in a separate dish and broth with spinach individually. 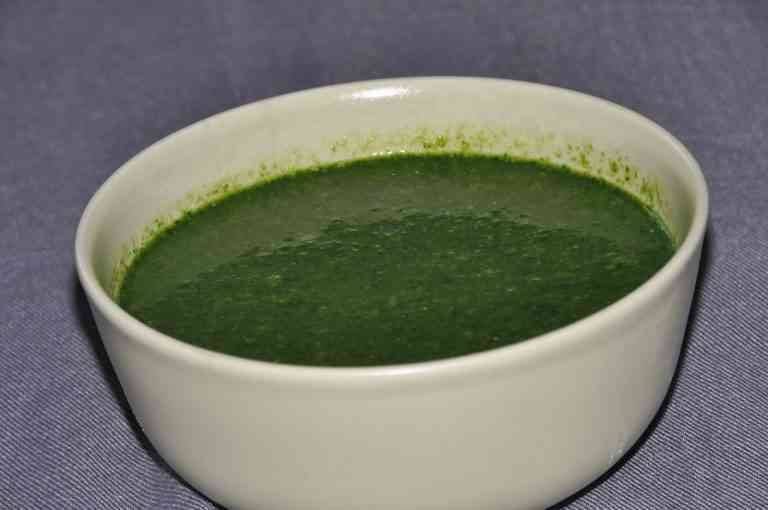 Among the Sudanese dishes based on vegetables from tomatoes, wickets, dried onions with spices, spices such as brown pepper and salt, in addition to oil and water with yogurt. It is to mix all the ingredients together in the mixer and add the mixture to the bowl added to the previously browned onion. 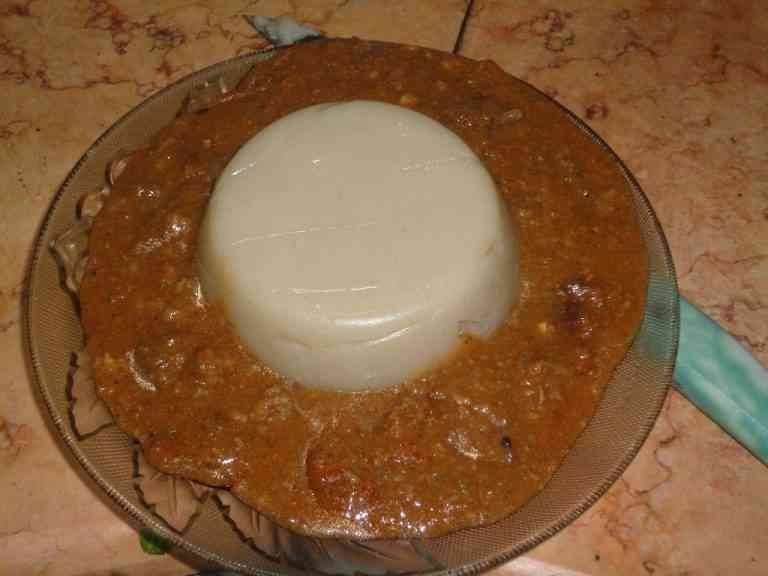 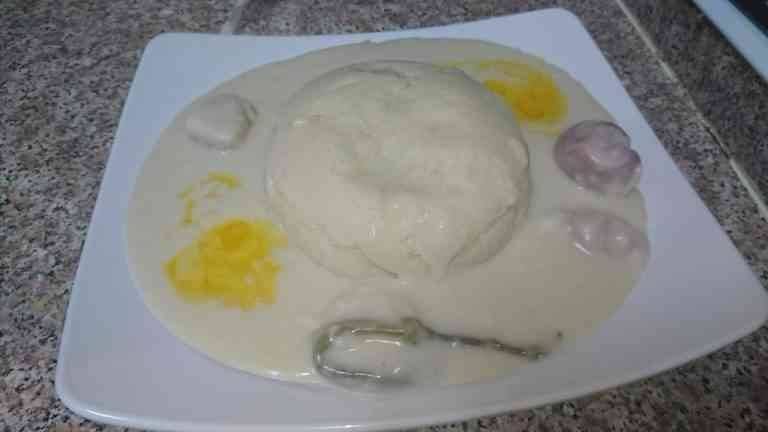 Falafel is of course one of the indispensable and famous foods in Egypt, and it is one of the foods that entered Sudan through Egypt with the delicious flavors of Sudan. It is a mixture of chickpeas, garlic, onions, hot pepper with salt, dry coriander and baking powder. The water is then ground and mixed with all the mixture and formed in a circular shape and fried in oil. 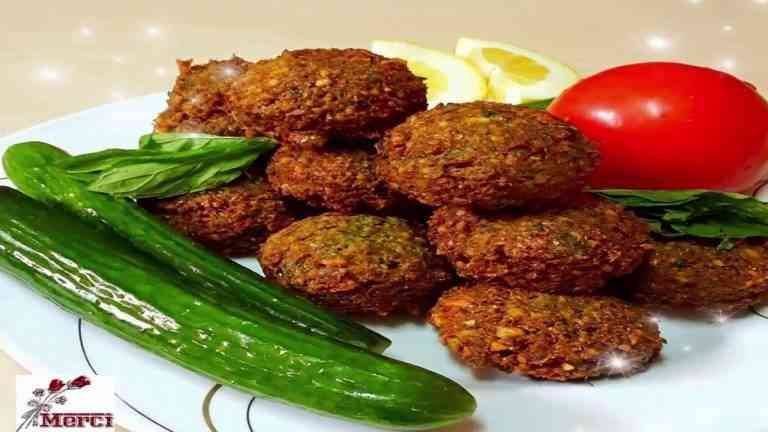 Tear of potatoes and Sudanese meat

Of the most delicious Sudanese dishes contain meat, tomatoes, spices, chili, sauce and oil with onions, the meat is smeared in oil and then the sauce and pepper are placed on it, spices, chili, black pepper, coriander, cinnamon and garlic until they are poured and then added chopped potatoes to it. Various types of change in the types of vegetables from potatoes, pumpkins, bananas, minced numbness, okra, and also varies in meat, is replaced by chicken meat, called tear chicken, and it is recommended to eat it with nettles.

It is a delicious eating of vegetables consisting of dried vegetable leaf with oil, onion, chili, salt and cowpea and served as a side dish.

A type of Sudanese salad that consists of Baobab tree leaves similar to watercress and added to it onions and strawberry.

Of the favorite Sudanese dishes consist of hibiscus plant from the special seeds season the seeds and ferment and add to it the components: kumbo, wique and onion.

It is one of the delicious Sudanese seafood made from dried fish and flavored with delicious spices.

Of the most delicious and easiest Sudanese dishes to prepare consisting of a kilogram of white meat fish such as halibut, hadouq with two tomatoes cut into small pieces, salt, black pepper, mayonnaise and a cup wrapped in thin slices with lemon juice, black olive and parsley to give the sauce a delicious flavor. It can be served as a side salad dish.

Sudanese tables are not free of porridge or soup, as it is one of the most beloved foods of the Sudanese people, and therefore we will look at it in the article, including:

One of the most delicious dishes of Sudanese cuisine and a very important dish for the Sudanese people, which is a soup for the streets consisting of hooves and nails of sheep, in addition to spices and vegetables, which are very delicious and characterized by their special flavors. 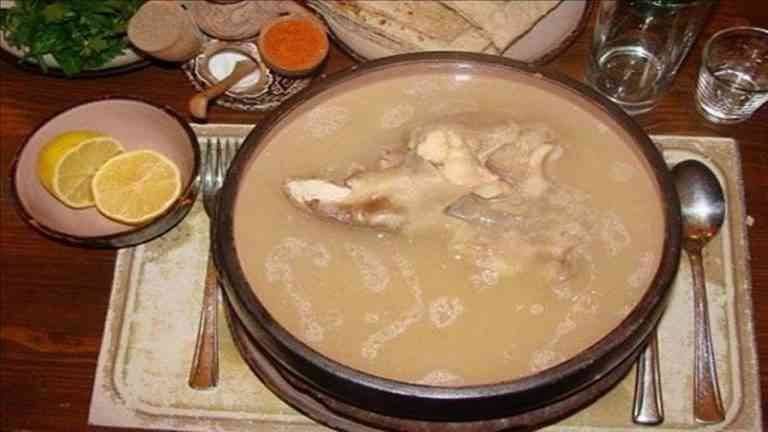 Sudanese soup consisting of dried hate and onions with mixing with sheep’s fat and is characterized by its fatness.

This soup is served as the fish often. It consists of dried meat with delicious spices.

soup. Delicious is made from a mixture of the roots of dried plants, with the addition of spices and spices that give it a special taste with water, of course.

Sudanese are known for their delicious desserts made from wheat. Dates and fats mixed with ghee, milk and sugar. 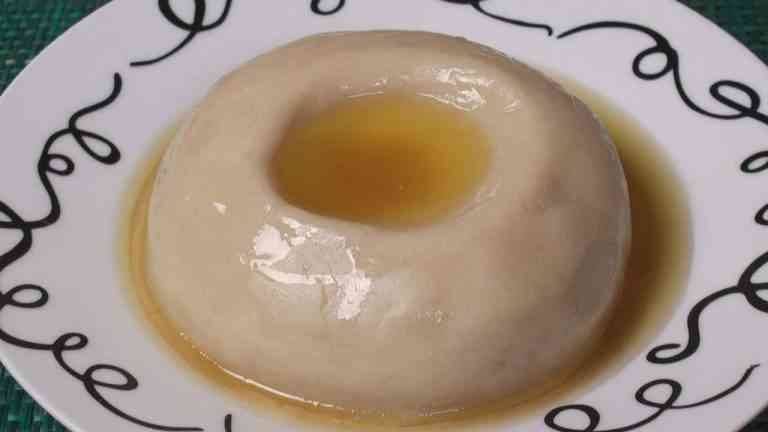 Sudanese bread and excellence in its manufacture and its different types, including:

Sudanese always prefer bread as a staple food, and for this we find their creativity in bread and its forms, including bread crumbs, a bread made from the corn component and soup is eaten with it.

It is a kind of Sudanese bread in which the flour is mixed with milk and served as a pomegranate, then placed on a bowl greased with oil to complete its ripening and eaten with milk.

Nettiness with ghee and sugar

Types of delicious Sudanese bread that contains flour with liquid smell, vanilla, instant yeast, ghee, salt, sugar, eggs, and anise can be added with the use of oil until added to enable leveling by wiping the frying pan with it so that the food does not burn. Its cooking and shape.

Sudanese sweets are not what they like and brighten, they are one of their favorites and they are creative in making them, including:

A long period of fuming

It is a traditional Sudanese cuisine and is used for sweetening consisting of millet flour, water, margarine for frying, and a perfume that is wet in a cup of water, as well as some ghee to decorate the face. Above them, sprinkle with salt, then served in molds or sugars, which are presented as a cold or hot sweet, and then put on it milk, ghee, and some sugar for decoration. 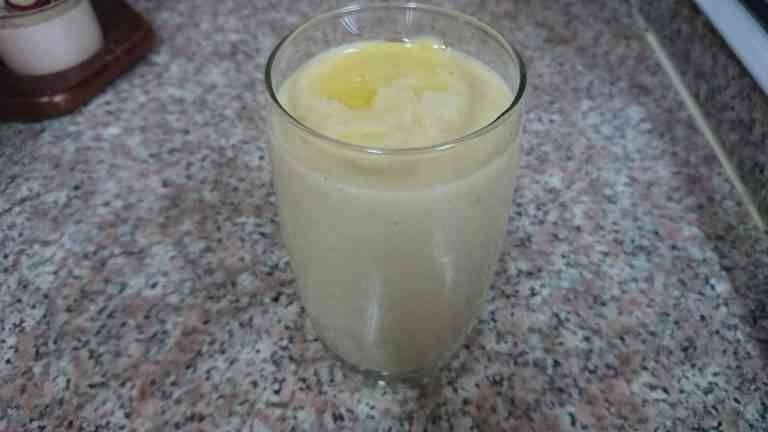 Of the famous foods in Sudan consist of ground fenugreek seeds with ghee, water, and milk as well with the addition of custard or the use of ground rice with melting of the two first with water and stirring until it gives the required consistency and the sugar is placed according to what the individual desires and served with spraying his face with sesame pre-roasting.

Sudanese sweets for after meals consist of ghee, flour, sugar and similar to basbousa in taste.

Sudanese basbousah is distinguished from its counterparts in other countries with its different flavor and also the difference in some ingredients as it consists of smolina with flour, sugar, baking powder, coconut, vanilla, carbonate and almond peeled all with yogurt with hot syrup, which is sugar, water, vanilla And squeezed lemon. 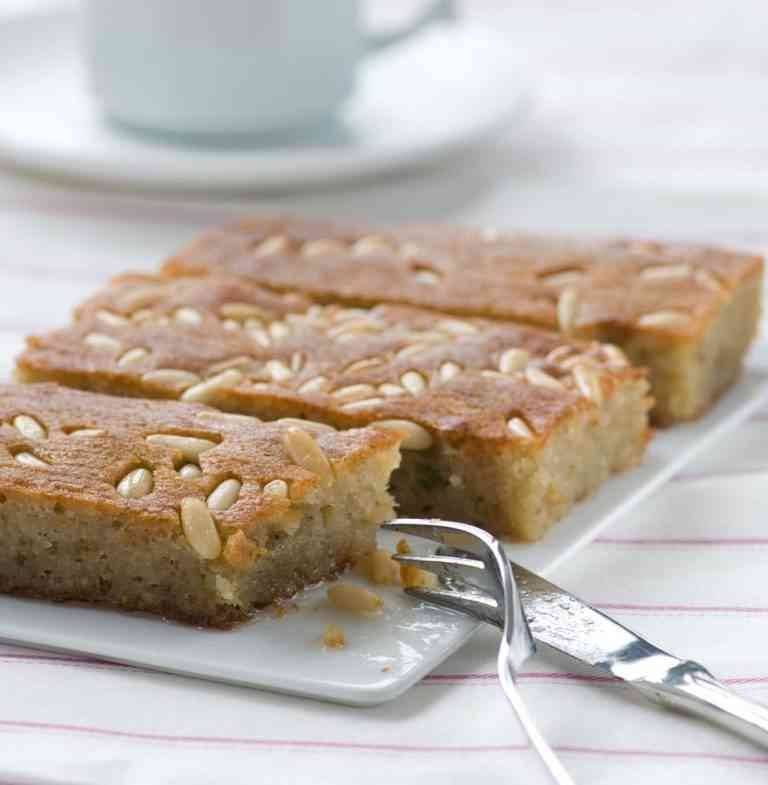 Of the wonderful taste of Sudanese ornaments containing rice, milk and vanilla, starch with sugar with the use of nuts such as raisins or ground pistachios and coconut, wash the rice well then put it with water until it is absorbed, then add the milk with vanilla and sugar, then starch, cool and add nuts to it when serving. 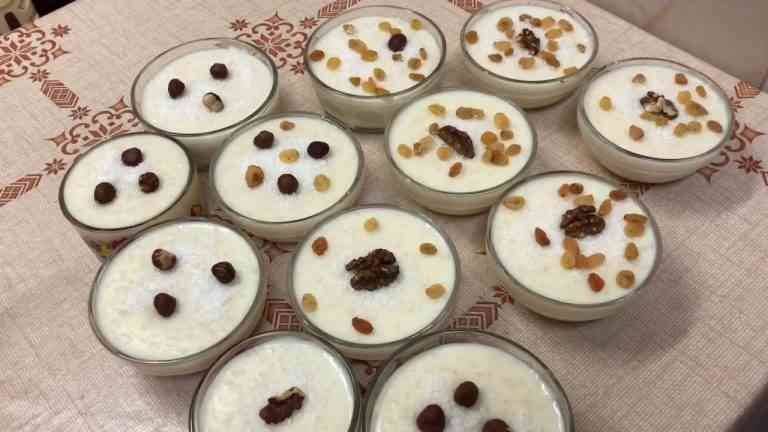 Rice with milk – the famous food in Sudan Sudan

Tourism in Kuching Malaysia: the most beautiful tourist sites

Popular cuisine popular in Palestine and the best 10 Palestinian cuisine