New guide for the most famous tourist places in Egypt Cairo, the beautiful and charming country that includes many tourist places and smells of history and originality, as it includes many museums and archaeological places that indicate the existence of the ancient Pharaonic civilization, and it has wonderful tourist places that attract tourists to it from everywhere in The world where it is characterized by a mild atmosphere throughout the year and has attractive and picturesque landscapes.
Cairo is a charming and beautiful city and it has a lot that indicates its ancient civilizations for thousands of years, where tourists come to it every year to see the manifestations of ancient civilization and the Pharaonic monuments and the pyramids of Giza and the Sphinx and ancient museums and enjoy taking beautiful pictures on the banks of the Nile River. 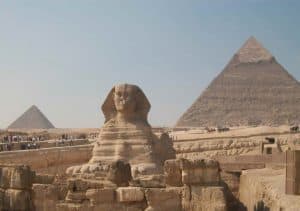 Among the most important tourist places that indicate the fragrant history, as in Giza there are three pyramids of Khufu, Khafra and Menkaure, and they are tombs of the Pharaonic kings, each pyramid named in the name of the king who built it and in which these pyramids are buried by several stone underground and are designed in the form of a hierarchical step, has been built These pyramids thousands of years ago and still exist until now to indicate the greatness of the ancient Pharaonic civilization and the extent of its progress in the art of building and embalming as they embalmed the kings after their death and they were adept at it and tourists come to the pyramids every year to see the ancient civilization. 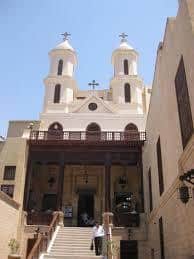 the hanging Church
Among the most famous tourist places in Egypt, Cairo is the Hanging Church, which is present from the era of the Romans, where Amr Ibn Al-Aas gifted the church to St. Benjamin in the second century AD. It was built by Emperor Trajan and was built on two old towers and is one of the oldest churches in Egypt and close to the Mosque of Amr Ibn Al-Aas and the temple Jews come to it from everywhere to see the originality and heritage. 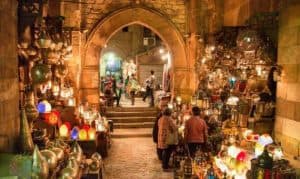 Khan Al-Khalily
It is a distinguished place in Cairo and is famous because it includes many bazaars, popular restaurants and cafes and has the oldest coffee in Egypt. The place of the place is busy with copper and it has water basins for thirsty people. The place is always crowded and full of human beings and it has wooden benches and contains welcome phrases. Tourists go to Khan Al Khalili constantly To buy beautiful souvenirs that remind them of the beauty and splendor of Cairo. 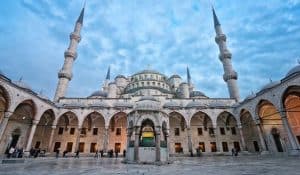 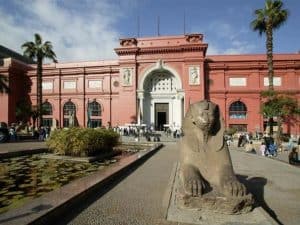 It is one of the most important and largest museums in Egypt and is located in the heart of the capital and near the Tahrir Square. The museum contains many ancient artifacts and includes a large number of artifacts up to 150 thousand artifacts that were found inside the tombs of kings and that express the stages of ancient Egyptian history. The museum includes statues And ancient mummies, tourists are interested in visiting him constantly to see the effects of ancient civilization. 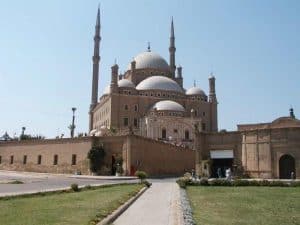 The castle was constructed over Mokattam Mountain, and it has more than one door. You can see the beauty of Cairo from the top of the castle, and it is one of the most luxurious warships built in the Middle Ages. Its location is distinguished and wonderful, attracting tourists to visit it from everywhere in the world. 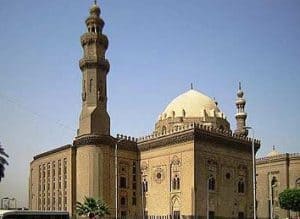 The mosque is one of the most sympathetic mosques in Cairo, as it was built during the maturity of architecture. The construction of the mosque consists of studying the four schools of Shafi’i, Hanafi, Maliki and Hanbali schools, in which the interpretation of the Qur’an and the Prophetic Hadith is taught and it was built by Sultan Hassan bin Qalawun. 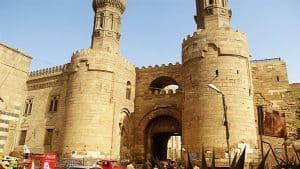 It is one of the gates of Cairo, and the fame of this section is due to the hanging of the heads of the Apostles of Hulagu when they were threatening Egypt. The door consists of a huge building block and is raised from the street level. It has two towers in the middle of the door leading to the entrance to the door. 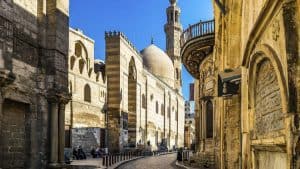 It is an open museum that includes historical monuments and dates back to the era of the Mamluks. The street includes a group of Qalawun with copper and Sultan Al-Ghuri, as well as the Prince of Tchak Palace, the Prince Taz Palace and the Cairo Wall, which is a distinct street for tourists to visit.

It is considered the oldest mosque and the second indication of tourist places in Egypt Cairo, as it includes the oldest minaret in Egypt and is located by Mr. Zeinab and was built similar to the Kaaba, and it is one of the largest mosques in Cairo and has prayer halls and carries a distinctive carved wooden decor indicating the authenticity and fragrant of history.
Previous