The best tourist destinations for February 2020 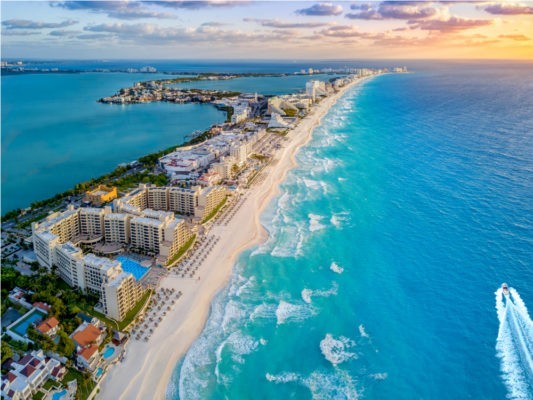 Because its climate varies in the diversity of regions, it also has important historical landmarks dating back thousands of years and testifies to the civilizations that passed through the country. The Mexican cuisine is one of the best international cuisine, as it is possible to taste the most famous foods in the various restaurants and stalls spread throughout Mexico. It is advised to visit the Cancun area in February, as it is ideal for people looking for calm and relaxation, as it enjoys wonderful weather, picturesque beaches and luxury resorts. 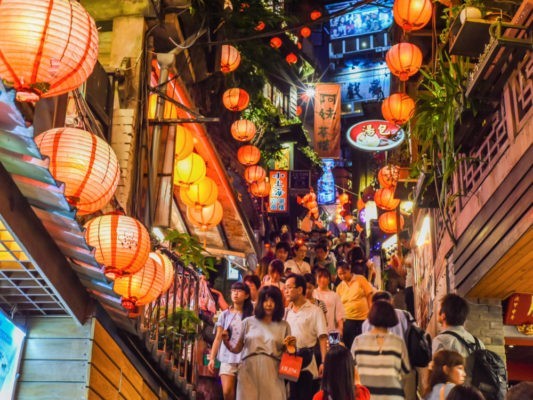 Taiwan is among the best Asian tourist destinations, especially those that can be visited during the month of February, where the temperature ranges between 22 degrees and 15 degrees Celsius. The island also enjoys a picturesque nature of high mountains and beautiful tropical forests covering more than half of the country and wonderful beaches that extend along Its coast. Taiwan joins many events and activities, the most important of which is the Festival of Lanterns, which takes place during the month of February of each year in the Pingsi area, where residents write their hopes for the lanterns and launch them in the open air. 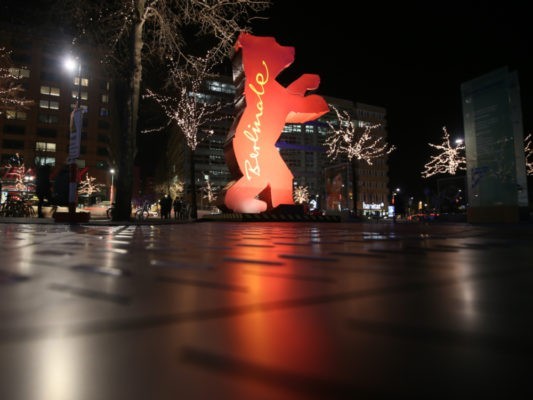 Germany is among the wonderful global tourist destinations, especially in February, as Berlin hosts its annual film festival, which is attended by the most important local and international movie stars, making it an irreplaceable opportunity for tourists to meet the most famous artists and actors, and they can also visit various tourist and historical attractions such as castles, palaces, museums, famous markets and other places Important in Germany. 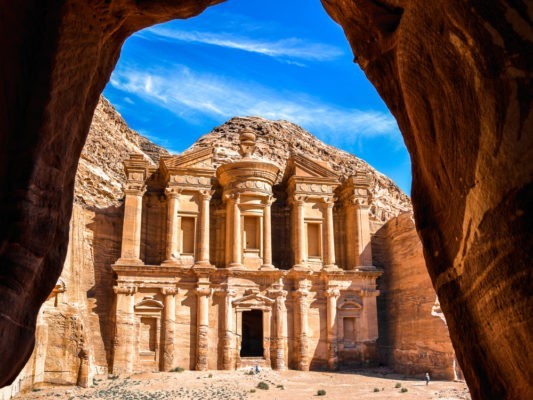 Jordan is among the most beautiful Arab countries where it is replete with ancient historical monuments, wonderful tourist attractions and perfect weather that makes it a tourist destination all year round, especially in February, where you can watch the snow in the northwest and enjoy the warmth of the sun in the shores of the Red Sea. Tourists can visit the capital, Amman, to learn about the customs and traditions of the Jordanian people, and visit the Petra site, which witnesses the ancient history of the region, as well as Wadi Rum to enjoy the nature and terrain of the country. 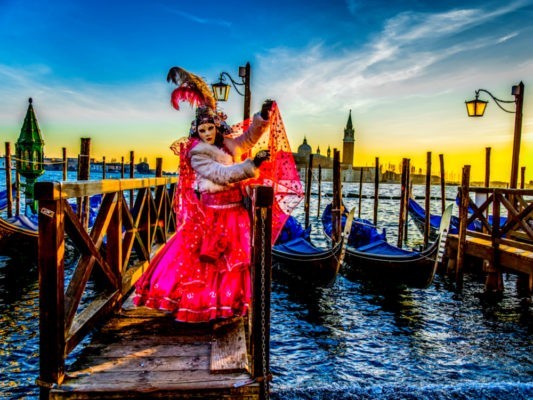 Italy is considered one of the most important and beautiful tourist destinations in the world, where there are unparalleled historical landmarks and wonderful tourist places such as museums, galleries, festivals, parks and others, and its climate makes it an ideal destination to visit throughout the year, especially in February, where it is calm and less crowded with tourists. Venice joins this month its famous annual carnival between February 16 and March 5, where tourists can watch participants dance in the streets with their masks and beautiful colorful costumes. 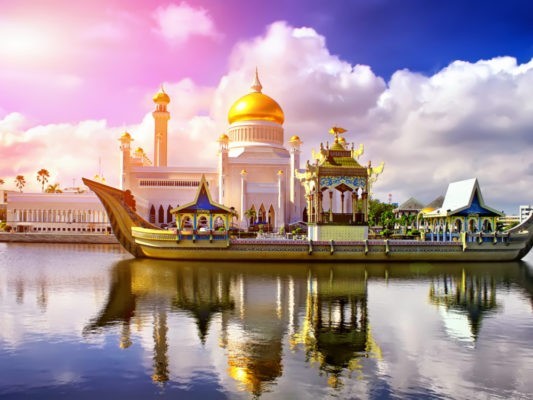 The Sultanate of Brunei is located in southeastern Asia, on the island of Borneo, which is shared by Malaysia and Indonesia. And Brunei is also distinguished by its tropical climate, which makes it an ideal destination throughout the year, especially February, when the number of tourists visiting the country decreases. 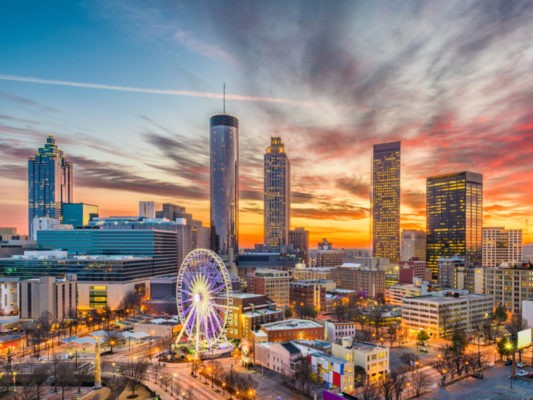 The United States of America is among the most diverse countries in the world in terms of nature, climate, architecture and population, which makes it among the best and most beautiful tourist destinations where it can be visited throughout the year according to what tourists prefer to visit, and February is ideal for traveling to America because many festivals and events take place during This month is like the Academy Awards ceremony on February 24 in Los Angeles, the Super Bowl in Atlanta on February 7 and other great activities that tourists can attend. 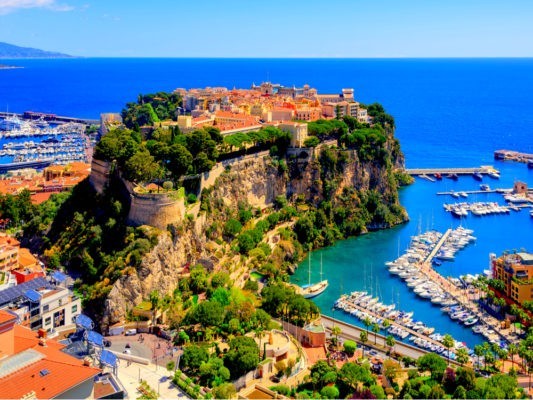 The Principality of Monaco is located in the southeast of France and is a few kilometers away from northern Italy and is among the most beautiful tourist destinations in Europe and can be visited also throughout the year because its climate is Mediterranean and warm. Honeymooners. 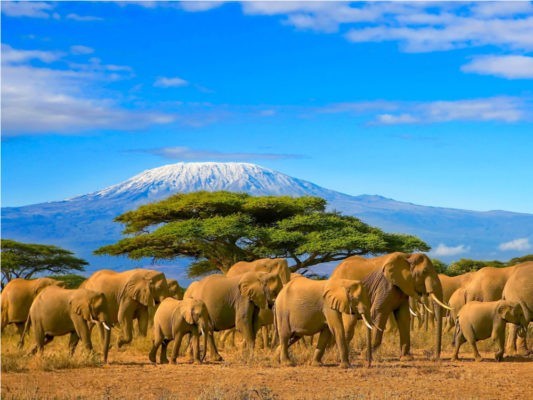 Tanzania is located in the south-central part of the African continent on the coasts of the Indian Ocean and is considered among the most beautiful and wonderful tourist destinations in the brown continent, as it is famous for its picturesque beaches and luxurious resorts in addition to organizing safari trips that attract thousands of tourists annually. The Kilimanjaro is considered one of the most important tourist attractions in the country, where the snow adorns the top of the mountain all year round, which gives a wonderful view of the natural areas surrounding it and being the highest mountain peak in Africa, and Zanzibar Island is one of the most important historical areas in Tanzania where it was a cultural and political center Another important commercial place in East Africa is another great tourist destination that tourists should visit the famous Serengeti National Park, especially in February. 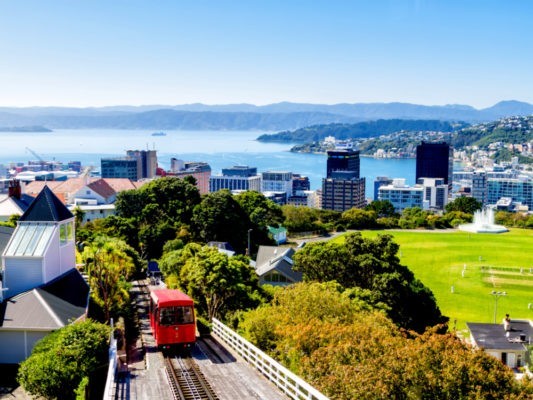 New Zealand is among the most beautiful tourist destinations in the world where there are very impressive natural scenery, friendly people and important tourist places, and a mild climate as February is one of the warmest months of the year, and this period is the peak tourist period. And tourists can enjoy the picturesque beaches and practice all water sports in addition to attending various parties, festivals and other events that take place during this month of February.

What is Asia Minor

The lost city of Atlantis