Tourism in Chechnya … the tour guide for a trip in Chechnya, the most beautiful country in the Caucasus.

Tourism in Chechnya .. dear the tourist, although Chechnya is not a popular tourist destination, but it is worth a visit and therefore we offer you the best tourist places in it.

“Lake Kezenoi” .. the most beautiful places of tourism in Chechnya .. 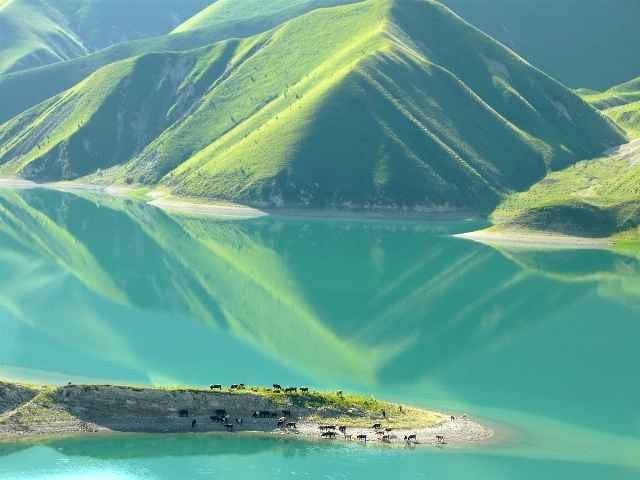 “Lake Kezenoi” .. The most beautiful places of tourism in Chechnya .. Traveling to Chechnya has a great taste when visiting Lake Kyzinoyam, it is one of the most beautiful tourist destinations in Chechnya. On the Caucasus Mountains, the green areas fill the mountains and their image is reflected in the lake water, which makes the water appear in the beautiful turquoise color besides being one of the largest and deepest lakes in the region. We advise you, dear tourist, to go to spend times you will not forget throughout your life in front of its beach and the clear waters that surround it A mountain and the plants around it You can also rent a boat and take a tour in the lake for fishing and swimming In addition to the presence of some animals in the area and birds gather around the water, take pictures of the beautiful memorial to these scenes and you will surely get rid of the pressures of life in it and renew your energy and restore your mind clarity.

“Tebulosmta mountain” .. The most important tourist attractions in Chechnya .. 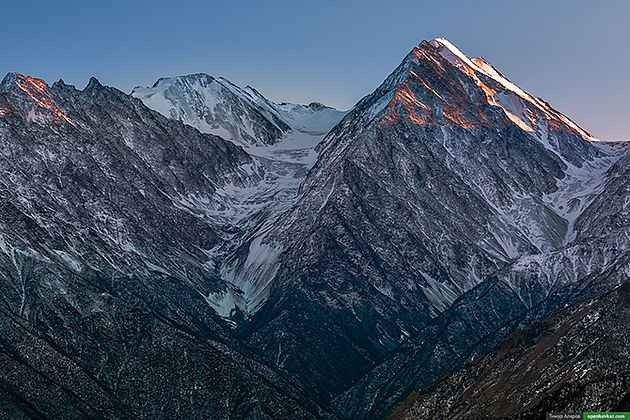 “Tebulosmta mountain” .. The most important tourist attractions in Chechnya .. Traveling to Chechnya is enjoyable especially when going on a tour to its mountains, the most important of which is the Tebulosmta mountain, which is one of the highest mountains and is characterized by a wonderful beauty view especially in the winter where snow falls on it as it is one of the most important places Tourist in Chechnya, so do not miss to go to see it and spend fun times with it, and if you are a fan of mountain climbing, you can do this as you can camp in it and spend a night in this charming nature and grill food on coal at night and eat it in a wonderful atmosphere as there are some houses in it which are built from Straw, wood, clay and phrase On one role. Also read: Tourism in Ingushetia, near Chechnya 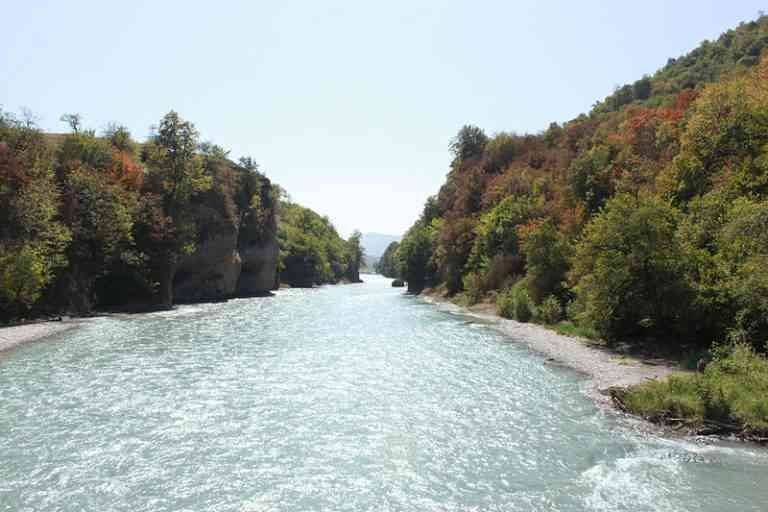 “Aragón river” .. The best tourist attractions in Chechnya .. It is the main river in the Chechen Republic and many tourists go to fishing and swimming and take a river tour and when you visit you will enjoy seeing the green areas around it. Chechnya is famous for the diversity of plants from trees, herbs and other plants In addition to the landscapes represented in lakes, mountains and rivers, Chechnya also possesses a number of historical monuments, and Chechnya has gone through many wars in the past such as the wars of the nineteenth century and until the modern era. It is now a managed to develop itself again and become a tourist destination distinctive collection of all well magnificent mosques of different Altervierh places.

It is considered the largest mosque in the continent of Europe. It was established in 2006 but was opened in 2007 AD. Turkey helped in its construction. The mosque is distinguished by its beautiful architecture as it is decorated from the inside and outside with the finest white marble that is extracted from the “Adassi” island located in the Sea of ​​Marmara. The writings on the mosque walls are made of pure gold. As for the minaret, it is distinguished by its height that reaches 62 AD. The mosque is not only a place of prayer, but a number of seminars, conferences and science sessions are held to teach the provisions and studies of the Holy Quran.

“Grozny, the capital,” is the best tourist destination in Chechnya. 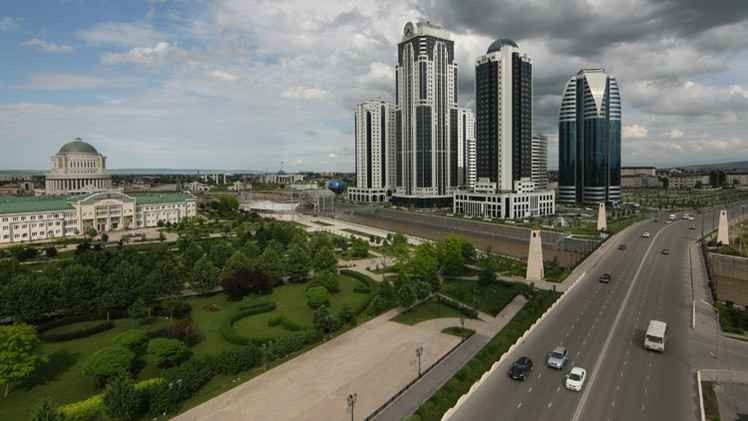 “Grozny capital” .. The best tourist places in Chechnya .. It is one of the most important tourist destinations in Chechnya. It is the capital and it is characterized by its view of the Argun River. It was established in 1817 AD and its meaning in the Chechen language means terrifying as it is the largest city in Chechnya and has more than a third Residents of Chechnya and are characterized by being surrounded by castles such as Brigradny Castle as it is located above a hillock and is characterized by its view on the river Samsung. “Wonderful, as it provides many services that are of interest to tourists, such as restaurants that offer the best Chechen and Russian dishes. Do not miss its experience and hotels at a high level of service, besides that it is an important industrial and commercial center with many tourist attractions worth seeing. Read also: Tourism In Azerbaijan ..

“The city of Gudermes” .. the best tourist places in Chechnya .. 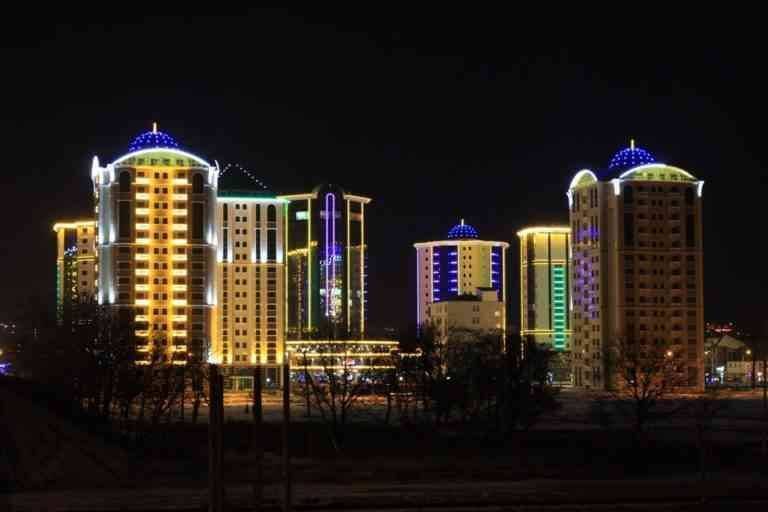 “The city of Gudermes” .. the best places of tourism in Chechnya .. it is also one of the largest cities in the Chechen Republic, it occupies the second position, it was originally an old village, but when Chechnya developed, the city of Gudermes became a city of great importance and modernity and has many places of entertainment and places Tourist attraction, so you should visit it and spend quality time in it. The city of “Urus Martin” is a distinctive tourist destination, with an area of ​​up to 30 square kilometers and there are different restaurants that suit different categories, as the hotels have a variety and suit different budgets in which 3-star hotels and night prices have a very appropriate For example, $ 30 a night for art Rang five-star Vallilh its cost about $ 90.

“Kadyrov Mosque” .. the most important places of tourism in Chechnya .. 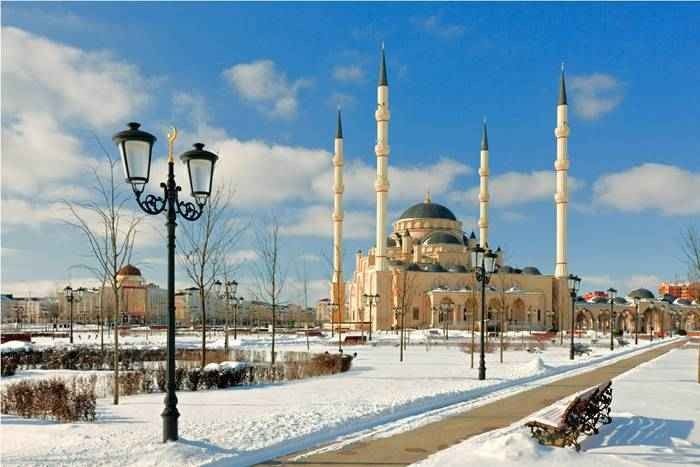 “Kadyrov Mosque” .. The most important place for tourism in Chechnya .. It is located in the city of Aragon The mosque accommodates large numbers of worshipers, up to 5 thousand worshipers, and also contains a number of minarets.

Dear tourist, when you visit Chechnya, you cannot miss shopping with it and buying your needs, shopping for it is a great pleasure, especially when buying products that express them, such as the clothes worn by the local residents, accessories and various handicraft industries, and your destination for buying this must be the Argon City complex, which is one of the largest commercial complexes in Chechnya It consists of 8 different buildings with several floors, and the shops are located on the ground floor and up to the fourth floor, but above that, offices and apartments.