The best places for tourism in Qatar

How tall is the Burj Khalifa

Tourist places in the south of Al Batinah .. Enjoy a beautiful trip in the most beautiful cities of the Sultanate of Oman.

Antiquities and scenery in the Sultanate of Oman

Tourism in the Sultanate of Oman has many tourism potentials. God loved it by its beautiful nature and its people to be unique for its distinguished beaches and charming valleys in addition to its ancient historical features. It is an ideal destination for amateurs and sand climbers.
If you qualify yourself to travel and see a unique world of beauty, you must know some points that enable you to visit the Sultanate of Oman and enjoy your tour without trouble, and we will start with the most important thing, which is where the Sultanate of Oman is located on the map and the distances between the most important tourist cities within it. 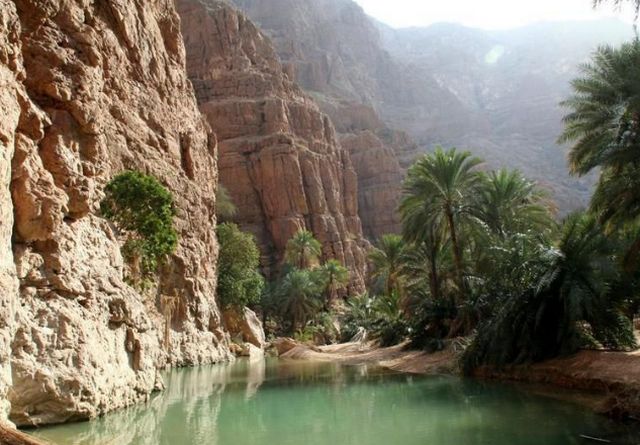 Best hotels in Sultanate of Oman

The Sultanate of Oman is distinguished by many wonderful hotels and resorts with charming views of the mountains. To know the best of the Sultanate of Oman and its most important features, you should visit the following link, which we collected for you the best … Read more 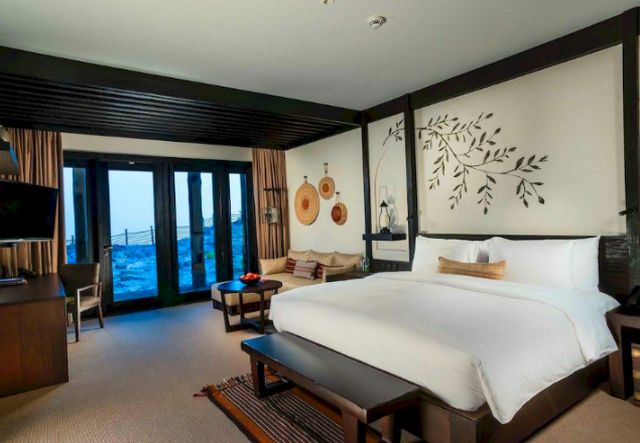 Where is the Sultanate of Oman located on the map?

The Sultanate of Oman is located in the southwest of the Asian continent, it is bordered by the Arabian Sea and the Arabian Gulf to the east, and is located in the west of Saudi Arabia and the Emirates to the south, bordered to the south by the State of Yemen, and the Strait of Hormuz to the north, its total area is estimated at about 309,500 km, and a population of 4.636 million people.
Here is a map showing the location of the Sultanate of Oman specifically on the world map:

Read:Photo report on Mutrah Corniche in the Sultanate of Oman

How to travel to Oman

You can submit a visa application through the Internet before traveling by filling in the required form, then uploading the passport photo and other important documents in addition to paying the fees, and the visa will be sent to you via your email directly, and you can know the type of visa that is appropriate for you by clicking Here.

After we know where the Sultanate of Oman is located and its location on the map, we will address the most important tourist cities, the distances between each city and another, as well as the appropriate means of travel.

Where is the cleavage of the bark?

The distance between Al-Ashkhara and the city of Al-Barka is approximately 376 km, i.e. approximately 4 hours 17 minutes traveling by car through the Muscat Highway towards Masarah 17.

Read:Learn the best places to stay in Muscat

Where is Buraimi located from Duqm?

Al Buraimi city is about 776 km from Duqm, and the distance can be covered by using your own car to reach a maximum time of 7 hours 31 minutes through the fastest route 32, and the plane can be taken from Muscat International Airport and will arrive in 4 hours and 25 minutes.

Where is the Seeb located from Masirah Island?

The distance from the city of Seeb to Masirah Island is estimated at 518 km, which is approximately 6 hours and 29 minutes by car. It is possible to walk on route 32 and see the attached map.

Where is Salalah from Sohar located?

The distance from Salalah to Sohar is estimated at about 1103 km, which is approximately 11 hours and 10 minutes by car travel. The distance of the plane from Sohar International Airport can be traveled to reach within 10 hours and 5 minutes, as shown in the attached map.

Read:Tourism in the Green Mountain, Amman .. guarantees you to spend a unique trip in the most beautiful tourist places

Where is Muscat from Ibri located?

The distance between the two cities is estimated in kilometers, according to Google Maps, about 2.2 km, which is equivalent to travel by car only 8 minutes via the fastest normal traffic route through Doha Street, literature.
It is also possible to take the route of the last Doha Street and Sultan Qaboos Street to arrive within 10 minutes, the distance is 3.7 km.

The distance between al-Ashkhara and Barka

Duqm is far from Muscat

Where is Salalah from Sohar located?

The distance from Salalah to Sohar is approximately 1103, which is approximately 11 hours and 10 minutes, and your private car can be used to travel from Track 31, the fastest route. There are also flights from Sohar International Airport that will arrive within 10 hours and 5 minutes by plane.

Where is Malaysia located and how to travel to Malaysia

The 9 best places to visit in southern Lebanon are recommended

The top 5 places to shop in Chicago, USA

The importance of tourism in Egypt

A report on the Tala Bay Aqaba hotel chain

The costs of tourism in Greece .. To spend an enjoyable trip among the Greek islands at the lowest cost …

The best 7 activities in the Quba market in Medina

The city of Jasim

Where is Sabiha airport?

Don’t miss a visit to Lima