We often hear about Yildiz Palace, and we only think that it is just a legendary name, and that all that wanders around it is a group of legends, but Yildiz Palace is one of the most ancient places in Istanbul within Turkey, and visitors come to him from all over the world, which is one of the Ottoman palaces, It is located on top of a slope hill, overlooking the Bosphorus Strait, and the palace was an ancient residence of the Ottoman Empire. In the article, through Arab travelers, we take a small tour around Yildiz Palace to get to know him more. 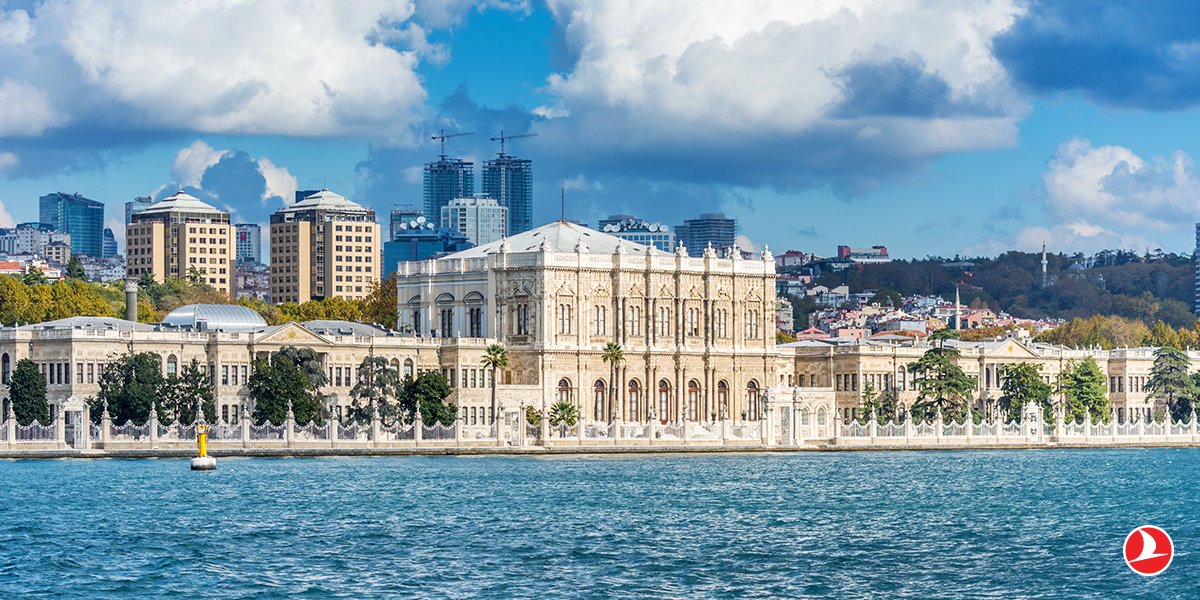 It is considered one of the oldest palaces in Turkey throughout the ages since the era of Ottoman rule, and it was the seat of the Ottoman government at that time, and it was the seat of Sultan Abdul Hamid II, and the Sultan stayed in this palace for thirty years.
The palace is built on a huge area where the palace has an area of ​​500,000 square meters, and the palace design is one of the best engineering designs ever, the palace design contains many different ways, and the palace includes inside, many governmental, residential, and industrial buildings, it is more like a complete city with integrated elements The palace also houses a number of pavilions, theaters, various museums, libraries, and many shops.
The palace is made up of three spaces or three intersections, each intersection contains a different part:

Yildiz Palace was built in the year 1880 AD, and the Ottoman Sultan Abdul Hamid II took it as a place to live in. The area where the palace was originally built was natural forests, and then it turned into an empire belonging to the empire during the reign of Sultan Ahmed I, and many like the sultans were taking from The palace was a place to spend the holidays, and Sultan Abdul Hamid and Sultan Abdul Aziz took the headquarters to build their palaces inside, and in the late 19th century Sultan Abdul Hamid II left Dolma for fear of the flooding of the seaside over the palace, he went to Yildiz Palace, and he expanded the buildings inside the palace, and used the engineer The Italian Raymondois, Darunkwa.

Yildiz Palace contains many different activities, which are intended for tourists from all over the world, as it contains many pavilions, theaters, museums, opera, and gardens, and there are many activities that can be done inside the palace:

This suite was called the chalet in relation to the Swiss chalet, which was similar in design, and this suite consists of two floors and a roof. The chalet was built on three different phases, where the first part of the chalet was built in 1870 AD, the second part was built in 1899, and the third section in 1898, and the suite contains a reception room which is the most exciting part in it, where there is one carpet in the wing Covering an area of ​​about 400 square meters, it also has many gold-plated roof landscapes.

The Malta Pavilion is located on the north side of the palace, and it consists of two floors, dedicated to the rest of Sultan Abdul Hamid, and this name was named after the battle in which the siege of Malta took place in 1565 AD.

The pavilion was built in the era of the Ottoman Sultan Abdul Aziz in 1816 – 1876 AD, and was used at that time as a prison from the Ottoman Empire, but at the moment it includes a café and a restaurant.

Yildiz Theater and the Opera House

Built by the Ottoman Sultan Abdul Hamid II, in the year 1889 AD, and on the roof of the dome were stars, a symbol of the name of the palace Yildiz, which means the bulldozers of stars, and the seats of the first row inside the theater and opera, people were prevented from sitting on it, where no one is allowed to give his back to Sultan Abd Al-Hamid in the event of sitting.

The museum was a workshop that Sultan Abdul Hamid used at the time to perform his carpentry work, where he used to love, and now the museum displays these art exhibits, and artifacts.

Porcelain factory is a factory for the production of porcelain and ceramics in the same European style, which is used by the upper layers of society, where it produces bowls and vases decorated with high technology, depicting perfect scenes of the Bosphorus, and the factory may be built in the year 1895 AD, and the building is characterized by an impressive view that resembles a European castle, In the Middle Ages.

Yildiz Park is one of the historical gardens, which is one of the largest parks in Istanbul, and it is divided into two parts, and the park contains wings, the imperial porcelain factory, and two lakes, and this section was intended only for the residents of the palace during the reign of Sultan Abdul Hamid II, and this section has now become a place For the citizens and tourists, the park includes a number of different flowers and trees, gathered from all parts of the world, which date back to the Ottoman era, and the park provides many panoramic views of the Bosphorus Strait, where it attracts tourists to it because of its picturesque attractiveness, and it was a major cause of growth The Tourism in Istanbul.

What is Tabuk famous for?

What is the oldest city in the world